It is illegal to make anyone participate in an experimental program using coercion. When “forced to do something that they would not otherwise do”, that is not only coercion but domestic terrorism. The list of felony’s holds up to a 99-year prison term and up to a 100 million dollar fine.

“It is illegal to make anyone participate in an experimental programme using coercion. That is in fact how in US law we are actually embraced in US Law, the Nuremberg Code. So coercion is illegal.

When “Forced to do something that they would not otherwise do”, that is not only coercion but domestic terrorism.

Take those two laws, and when they are met with somebody telling them they’re supposed to get the shot, actually ask the person and record the conversation, and ask if they are in fact violating 21 code of federal regulation Section 50.23 and 24. Are you interested in doing a civil violation of the law?

And if they say yes, they’re cool with that. Then say, are you willing to violate 17 US Code Section 2331, which says that it is illegal to coerce the population and that is a felony, and the felony has a 99 year prison term.

So it’s actually a big deterrent, and as we have been manipulated and coerced as a population, we now need to take the offensive position and say stand up, be informed, and provide the eight felony counts that you can ask any employer, any business, and anybody who’s trying to push the mandate – which one of these felonies do you want to now be liable for?” 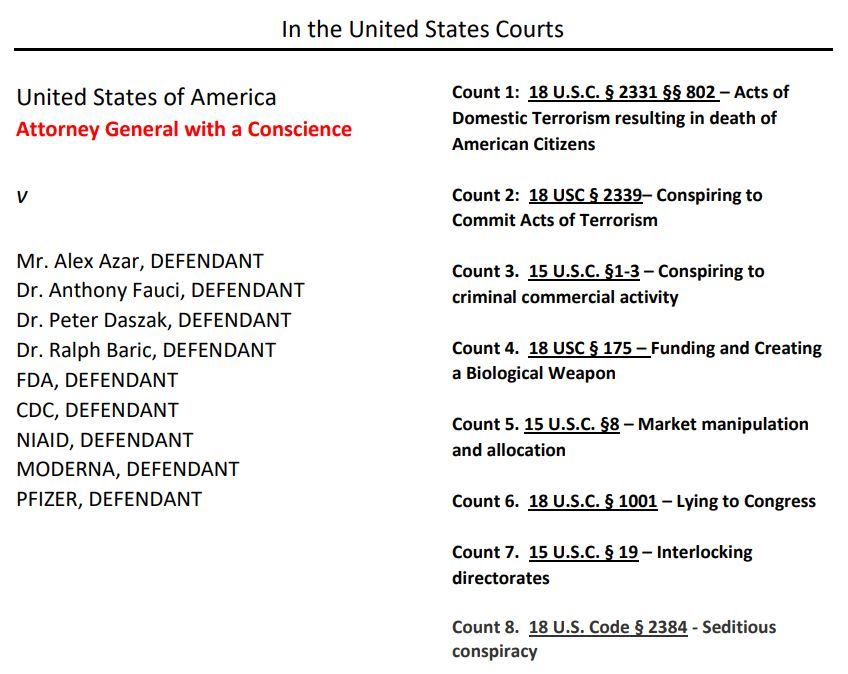 You can print them off, send them certified mail to your US Attorneys, to Attorneys general in your state, to elected officials in your state, to school boards, to anybody who’s doing a mandate, and say you are now on notice of felony violations.

Related: Yes, it is an experiment: