Home  •  Athletes who “suddenly” died or collapsed since vax rollout

Athletes who “suddenly” died or collapsed since vax rollout 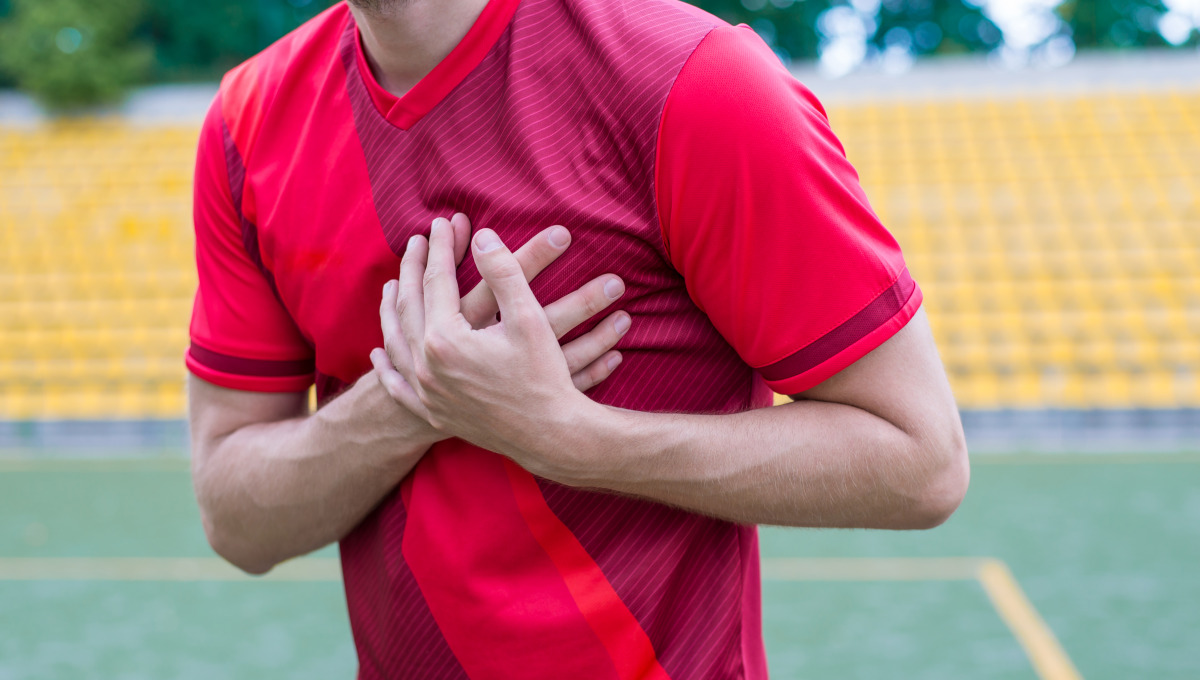 Are our governments doing enough to alert us about the risks of Covid vaccines Pfizer, AstraZenica and Moderna? Since mid-2021 there has been a increasingly high number of “sudden and unexpected” deaths and collapses due to cardiac issues in sport. Stop automatically-calling “Coincidence” for any adverse reaction that could be related to a planetary-wide global rollout of experimental biologicals that are still in an ongoing clinical trial – especially when young athletes are not at risk of serious disease in the first place. According to Wikipedia (not necessarily a trusted source), in a normal year there are 5-8 heart related issues among competing athletes.
(01) (02) (03) (04) (05) (06) (07) (08) (09) (10)

Mandating experimental medical treatments in a healthy population just to get your “universal flu shot” into the world when you couldn’t get it approved for another decade if there wasn’t an exception-made for “emergency-use only” in a “global pandemic” is criminal.
(11) (12) (13) (14)

4.6.21, Italy, 29 years old
Italy: The 29-year-old ex-professional Giuseppe Perrino collapses during a charity game for his dead brother and dies. (15)

12.6.21, Denmark, 29 years old
The footballer Christian Eriksen collapses lifelessly during a European Championship game – he can be revived if he needs a pacemaker for the rest of his life. (17)

July 22nd, 21, Germany, 36 years old On July 22nd, SV Olympia Schlanstedt and Germania from Kroppenstedt met. During the game Schlanstedts player Nicky Dalibor collapsed and had to be reanimated on the field. (21)

23.07.21, Germany, 27 years old
Tim B. from SV Hamberge (Schleswig-Holstein) collapses after returning from a soccer tournament and dies. (22)

07/24/21, Germany
A player from TuS Hoberge-Uerentrup (Bielefeld) collapses on the pitch with cardiac arrest. (23)

02.08.21, Austria, 18 years old
18-year-old unnamed player in Burgenland (Austria) collapses on the playing field and can be saved thanks to the use of a helicopter. (26)

21.08.21, Turkey, 31 years old
Fabrice N’Sakala (31) from Besiktas Istanbul collapses on the field without interference from the opponent and has to be taken to hospital. (32)

24.08.21, Luxemburg, 29 years old
José dos Reis, a player from Red Black Pfaffenthal (Luxemburg) collapses on the field and has to be resuscitated. (35)

29.08.21, Germany
In the C-League Dillenburg (Central Hesse) a player from Hirzenhain collapses , the game is canceled. (36)

09/11/21, Italy, 45 years old
Andrea Astolfi, sporting director of Calcio Orsago (Italy) suffers a fulminant heart attack after returning from training and dies at the age of 45 without any previous illness. (46)

9/13/21, Germany
Anil Usta from VfB Schwelm (Ennepetal) breaks on the field with heart problems together. (51)

23.09.21, Saintes, 32 years old
The Saintais triathlete Antoine Méchin formalized his end of the season via a Facebook post, claiming that his pulmonary embolism is linked to the Moderna vaccine, and “would not be vaccinated again if it had to be done again”. (59)

09/21/21, Germany
At the women’s World Cup qualifier between Germany and Serbia in Chemnitz, the English linesman Helen Byrne with heart problems has to be carried off the pitch. (60)

09/27/21, Germany
Game abandoned due to cardiac arrest of the referee in a game of Lauber SV (Donauwörth district). (61)

After my 2nd dose I noticed that my heart rate was way higher than normal and my breath hold capacities went down significantly. Once I even reach 177bpm while having dinner with friends! 10 days after my 2nd jab, I went to see a cardiologist and he told me it’s a common side effect of Pfizer vaccine, nothing to worry about, just rest it will pass. 40 days after 2nd jab, I had no progress so I went to see an other cardiologist and got diagnosed with Myocarditis and Trivial Mitral regurgitation! Which is basically an inflammation of the heart muscles cause by the immune system and some tiny leaks of blood from the valves that no longer close properly.

9/29/21, USA
A high school football player collapsed during practice and died in the hospital. (68)

09/30/21, Germany
A player collapsed during the A 2 regional league game between SV Hoßkirch and TSV Sigmaringendorf. He suffered cardiac arrest and had to be resuscitated. (69)

09/24.21, De Panne
22 year old Cyclist Greg Luyssen forced to end his career after jab due to heart problems “My body needs time to recover. My heart only works for 75% and I feel pressure in my chest every day, which also always leads to severe headaches. If I even go up the stairs, I can already feel it. You can imagine how it is when I try to exercise. I now have to take it easy and go for check-ups every six months.” (70)

9.10.21, Mexico
Caddy Alberto Olguin collapses on the golf course after a heart attack. It is said to be the second death of its kind within a short period of time.

9.10.21, England, 29 years old
Shrewsbury professional striker Ryan Bowman has to be treated with a defibrillator after half an hour of play with extreme heart problems. (76)

10.10.2021, Germany
In the game between Wacker Mecklenbeck and Fortuna Freudenberg in the Women’s Westphalia League , a player collapsed shortly before the end without any opposing influence. (80)

14.10.21, Italy, 27 years old
The multiple cycling champion Gianni Moscon has to undergo an operation because of severe cardiac arrhythmias. (84)

15.10.21, Australia, 14 years old
The 14-year-old soccer player Ava Azzopardi collapsed on the pitch and is now fighting for her life in an artificial coma. (86)

27.10.21, Austria, 26 years old
Ghanaian Raphael Dwamena collapsed with severe heart problems . He was wearing a defibrillator before the incident. (89)

30.10.21, Spain, 33-year-old
Star striker Kun Agüero from FC Barcelona had to be replaced in a game due to heart problems. He is now in the hospital for examinations. (92)

USA 21 year old Senior student athlete John Stokes suffers with Myocarditis. Pfizer 2nd Sept 2021. John Explains all In his Video. “I’m a Division 1 student athlete with no prior health issues. I got the second vaccine and within four days I have been diagnosed with Myocarditis. A lot of people in our age group apparently are at higher risk for heart issues from the vaccine and it really needs to be talked about.” (94)

Pat Cash: Let’s wait until we know it’s safe – Former Professional Tennis Player – “I don’t want young, healthy athletes taking something that can long-term damage them. We just don’t know. Can we just wait a year or two years until we know more?” “Let’s just wait” (99)