OCTOBER 29, 2019 Fauci, Specter, and Bright conceptualized having a new outbreak of novel avian flu virus from China so they can bypass the method of FDA approval and enforce mRNA vaccines to “everyone in the world”.

Michael Specter: Why don’t we blow the system up? I mean obviously, we can’t just turn off the spigot on the system. We have and then say, hey everyone in the world should get this new vaccine that we haven’t given to anyone yet. But there must be some way that we grow vaccines mostly in eggs the way we did in 1947.

Fauci: In order to make the transition from getting out of the tried-and-true egg growing which we know gives us results that can be beneficial, I mean we’ve done well with that. There must be something that has to be much better. You have to prove that this works and then you’ve got to go through all of the clinical trials: phase 1, phase 2, phase 3, and then show that this particular product is going to be good over a period of years. That alone, if it works perfectly, it’s going to take a decade.

Bright: There might be a need or even an urgent call for an entity of excitement out there that’s completely disruptive, that’s not beholden to bureaucratic strings and processes.

Fauci: So we really do have a problem of how the world perceives influenza and it’s going to be very difficult to change that unless you do it from within and save.. I don’t care what your perception is, we’re going to address the problem in a disruptive and in an iterative way because she does need both.

Bright: But it is not too crazy to think that an outbreak of novel avian virus could occur in China somewhere. We could get the RNA sequence from that.. to a number of regional centers if not local, if not even in your home at some point, and print those vaccines on a patch of self-administer.

In this short clip, which was extracted from the hour-long panel discussion, Anthony Fauci explains that bringing a new, untested kind of vaccine like an mRNA vaccine, would take at least a decade (“if everything goes perfectly”) to go through proper trials and be approved by the FDA.

They are talking about a “Universal Flu Vaccine” that everyone would have to take – a huge market for Big Pharma!

OCTOBER 29, 2019
Universal Flu Vaccine
Health experts discussed the scientific and technological prospects of an effective universal influenza vaccine. Speakers included Dr. Anthony Fauci, director of the National Institute of Allergy and Infectious Diseases and Margaret Hamburg, former FDA commissioner. Panelists discussed the need for more funding for research, better collaboration between the private and government sectors, advances in technology in flu research and the goal of a universal flu vaccine.

“How do we force everyone in the world to inject a new, untested, Universal Flu Vaccine?”

Isn’t it amazing how “Psychic” these guys were before the pandemic?

And the so-called whistleblower Bright?

No. Way too much “conflict of intere$t” there to trust ‘honourable’ intentions:

Here’s a copy of Bright’s presentation just two weeks before – $56.9B of contracts in biodefense programs? 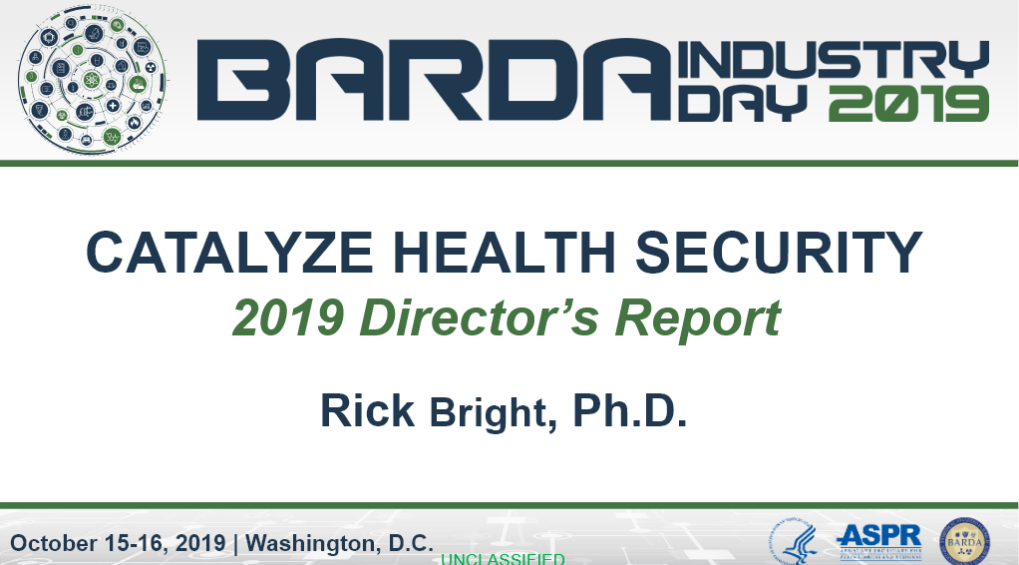 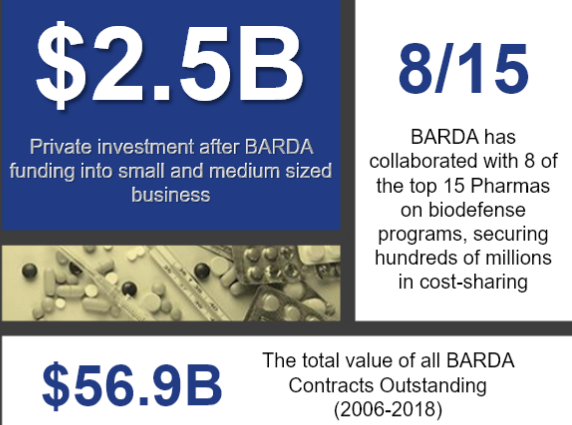 Look, come on. When are you going to stop thinking everything is above board and start to see the obviousness of everything? There’s so much about this that should be completely clear and obvious to anyone, but the media-programming has done some kind of powerful number on people’s brains – some kind of mass-psychosis mind-control going on where no matter what they say, they are “the good guys” and anyone pointing out the obvious is the “bad guys”. It’s madness at this stage of the game to not see there is more to this than you have been led to believe. The world has gone completely mad. No longer can people see any corruption or tell good from evil. Everything “corrupt and obviously planned” is “obviously above board”. In the meantime, the entire planet is being destroyed by these psychopaths. “Throws arms up in the air”. When is the world going to start to see we’ve been duped – after it’s too late?