Catastrophic Contagion was a tabletop exercise in October 2022 that simulated a new global pandemic resulting from a new “Severe Epidemic Enterovirus Respiratory Syndrome 2025“. Same players as the others: Bill Gates, WHO, and Johns Hopkins, with representatives from the CDC, CFR, World Bank, DoD, GAVI, HHS, IMF, Rockefeller, and more.

Communication was the central issue, particularly with religious and political leaders, the increase of “trust” in government health advice, and the stomping out of non-big-brother voices. As well as a focus on ‘billions of suspected “cases” (not “deaths“)’—sound scare-mongeringly familiar? And of the 20 million simulated-deaths, a disproportionate “15 million children” died, with countless others still “alive” but left with “paralysis” or “brain damage“.

The most successful countries are those that “invested in preparedness” and “trained for this moment years in advance” – having “full-time pandemic preparedness response teams“, which conducted “detailed, operational planning“… and “if more countries had participated and heeded the guidance, the death-toll MIGHT have been much lower“.

Well, show me the money you brilliant orchestra of corruption and conflict$:

Although not listed as a Participant, I noticed Jane Halton (the Australian Arm of the NWO), in the “Value of Exercises” video on the video and photos page of the event; not certain if its old footage they used in the current exercise or not, but the video date on their YouTube channel is 11 Nov 2022. See her featured in the “Conflict$ of Interest Australian edition” post.

Gates - Psychopath and Financer of everything Dystopian in this world

Sambo - Min of Health Angola, 25 years at WHO

Lessons from the exercise

Leaders must prepare now to make difficult, critically important decisions with limited information in the early days of the next pandemic in order to increase the chances that a dangerous outbreak can be contained at the source. In the early days of a major new contagious disease epidemic, there could be a brief window of opportunity to stop it from becoming a pandemic. To successfully contain such an outbreak, decisive and bold action would need to be taken in the face of incomplete data, high scientific uncertainty, and potential political resistance. Thinking through such challenges, preparing in advance to react effectively, and practicing through both high-level tabletop and operational exercises should start now.

It may seem like all these critical policy decisions have been resolved during the COVID-19 pandemic, but they have not. In the Catastrophic Contagion simulation, even a group of some of the wisest and most experienced international public health leaders who lived through COVID-19 wrestled with opposing views on whether countries should impose travel restrictions or close schools to try to contain a serious new epidemic that was disproportionately affecting children. The exercise raised a pivotal question: If future pandemics have a much higher lethality than COVID-19, or for example, if they affect predominantly children, would or should countries take different, stronger, earlier measures to contain it, and what are those measures?

These are not purely public health and scientific decisions; they will be made by leaders in the context of political, economic, and social realities that can be anticipated and considered in advance. Through routine simulations and operational exercises, we can strategically prepare for such challenges ahead of time. The more effectively we can reach scientific and practical consensus on the best approach to very hard but foreseeable problems, the more we will be ready in the future to protect lives and national economies. Political leaders, in addition to health leaders, must be at the table during exercises to respond effectively during the next pandemic.

Countries should establish a global network of professional public health leaders who can work together to improve epidemic preparedness and response and strive for consensus on scientific issues in advance of the next major outbreak. There is no existing worldwide professionalized network of public health preparedness and response leaders who can work together between and during epidemics to better prepare all countries and provide mutual aid and sharing of best practices during serious epidemics. Establishing an international network of national public health leaders, along the lines of the professionalized “Pandemic Corps” referred to in our exercise, could substantially help countries save lives and livelihoods during major epidemics and recover more quickly. Political leaders, who are entrusted with keeping their citizens safe, could benefit from consensus views offered by such a group, rather than having to make impromptu, high consequence policy decisions when lives are at stake during dangerous outbreaks.

Countries should prioritize efforts to increase trust in government and public health; improve public health communication efforts; increase the resiliency of populations to misleading information; and reduce the spread of harmful misinformation. In future pandemics, we should continue to expect even more major disruptions from misinformation and disinformation. The WHO can be a globally trusted source, and it can share science and public health information widely, but we should not expect it alone to combat or put a stop to the spread of this mis- and disinformation. Countries need to collaborate to anticipate that threat and prepare to combat it with their own laws and procedures. Just as many types of economic and societal harms can be anticipated and accounted for in pandemic preparedness plans, so too can predictable false or misleading health messaging. Concertedly exploring ways to address this phenomenon on a national level in advance of the next pandemic will be crucial to saving lives.

Give us more money for vaccines, manufacturing, and policy committees

WHO member states should strengthen international systems for sharing and allocating scarce public health resources. Groundbreaking global collaborations, such as the ACT-Accelerator and COVAX, were launched during the COVID-19 pandemic. However, public health leaders still lack confidence in current approaches to fairly allocate medical countermeasures during a future pandemic. Even if there were a global commitment around equity for all countries, implementing equitable allocation will continue to be very difficult in the future, especially if there are practical challenges and special requirements like refrigeration or IV administration. Empowering all regions of the world to save lives during a pandemic would increase equitable access to life-saving treatments and vaccines. Therefore, we need to build up manufacturing, distribution, and administration capacities around the world, paying particular attention to countries with poor infrastructure. This should happen now, rather than during a growing pandemic.

It is clear from Catastrophic Contagion that even after the terrible impact of COVID-19, more preparedness work needs to be done, new decisions need to be made, and additional resources committed. We need to expand the limits of our ability to respond.

This is how they scare governments into spending money on committees that support the pharmaceutical corporations, shape and change policies and laws and silence media and experts well in advance, and then when something happens, press “go” on pre-planned events by all getting out their “Pandemic Playbook” and play everything out on auto-pilot, as we’ve seen in the past 3 years. Tabletops are conducted so that people “don’t have to think” in times of crisis, everything we’re living is a result of some “theoretical” model; funded by the bad guys, and implemented by our governments.

This is why all the experts were censored, why the Mainstream Media, Facebook, Google, YouTube, etc, all went into “lockstep mode”, why celebrities and influencers were paid to promote the “safe and effective fake-vaccine”, and why governments didn’t have “any other solution” except the “jab” “masks” “ventilators”, locking-down the world, using “PCR” as a diagnostic, and other dystopian atrocities. (see: [Tabletop] Event 201)

It was “designed” that way. They follow a ridiculous protocol, spending all their money on “vaccines”, “digital solutions” and “misinformation” committees, and zero funding going into “ACTUAL” health advice.

For example when I checked Australia’s COVID committees back in 2021, there were over 30 “vaccine-related” committees. How the hell does that happen? Now you know.

ALL THESE PEOPLE PROFIT FROM VACCINES AND THEY ALSO CREATE THESE SIMULATIONS THAT CHANGES GOVERNMENT POLICIES – what do you think would happen? People think they are “working for the people” – they are working for themselves… wake the hell up.

The same shit is repeated in this new simulation “prioritize efforts to increase trust in government and public health; improve public health communication efforts; increase the resiliency of populations to misleading information; and reduce the spread of harmful misinformation” – so, unless people start waking up, we can look forward to even more censorship, more “vaccine committees”, and killer-health advice from the fake-science-fiction funded by the pharmaceutical industry in the coming future. 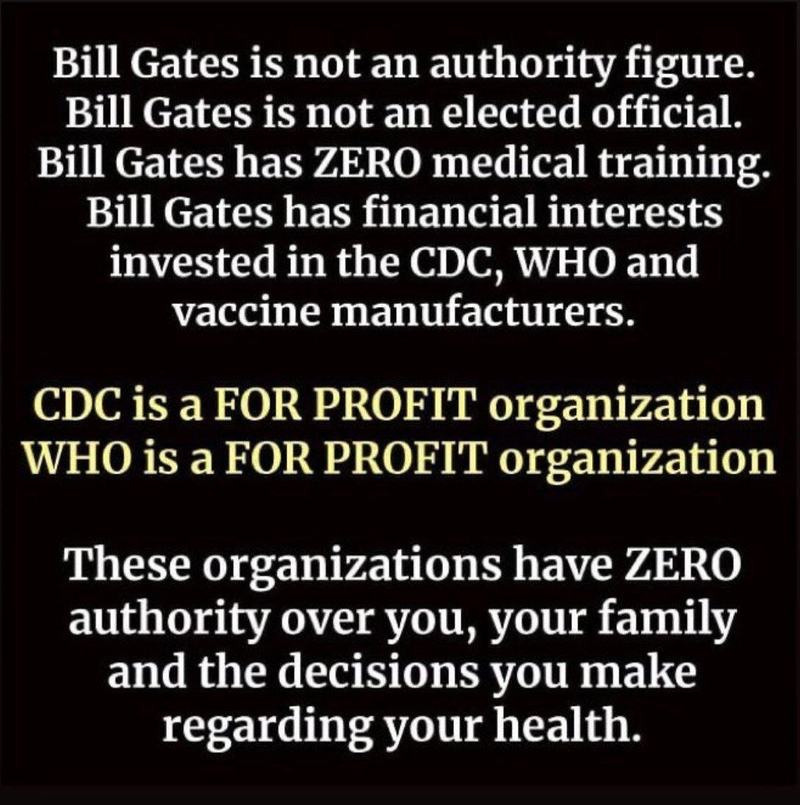 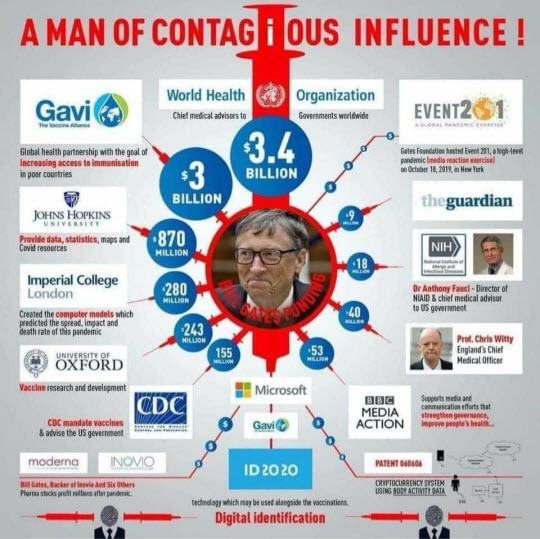 See all TableTop Exercises that I know of (and contact me if you know of others):

Tabletop Exercises
Back to top