Transhumanism is not trans-human, it’s anti-human 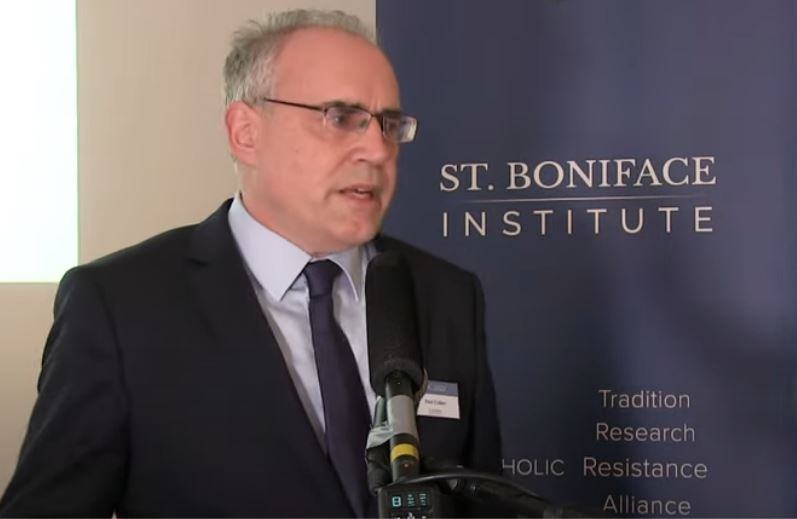 We really do have some crazy global elites. World gone mad.

The Transhumanist philosophy is actually not trans-human, it’s anti-human. I just want to introduce you to aspects of that and show you a little bit of information, so that when you read about this in the newspapers or wherever, that you can have an idea what is meant.

This is part of a bigger movement. We have a huge discrepancy in power and wealth – we have a small group of essentially technical oligarchs you’d have to say, and then the mass of the population so it has much more in common with a feudalistic society… the feudalistic society was like a pyramid, but we don’t have the pyramid, we have the “top” and then “everybody else”.

The whole part with this transhumanist movement – it’s all to essentially dislocate people from the centre of the universe and to relativize their importance.” Professor Dr. Paul Cullen from the University Münster.

Prof. Paul Cullen from the University Münster gives a talk about the possibilities and dangers of transhumanism.

Full Official Video from the World Economic Forum (the clip that plays at 54:51 timestamp): (04)

Guide book, 2020 from the British Ministry of Defence “Human Augmentation – The Dawn of a New Paradigm“, in partnership with Bundeswehr Office for Defence Planning (German Military) (05) (06) (07)

“The Development, Concepts and Doctrine Centre (DCDC) has worked in partnership with the German Bundeswehr Office for Defence Planning to understand the future implications of human augmentation (HA), setting the foundation for more detailed Defence research and development.

The project incorporates research from German, Swedish, Finnish and UK Defence specialists to understand how emerging technologies such as genetic engineering, bioinformatics and the possibility of brain-computer interfaces could affect the future of society, security and Defence.”

This is the example they show

This is another image directly from the document:

We have to distinguish the difference between “Science” and “Scientism”

These are three books by Ray Kurzweil (Google) who is essentially the ‘guru’ of this movement.