What is Going on in the World? [Summary]

Other than an obvious passport-system agenda, the word ‘Covid’ is also used to describe any illness that tests positive or is identified as likely Covid based on ‘symptoms compatible with COVID-19’ (– so anything from a sniffle to fatigue or headache!?!?”). A positive PCR-Test covers everything from Flu A, Flu B, RSV, Yearly Detox, & Cold. The test uses an amplified RNA particle (not even the “virus”) of which that RNA-particle matches many viruses, as well as human & microbial DNA genetic material located in the Human Genome, or with exposure to any coronavirus (even from a past infection), and Severe Allergic Reaction to either the Spike Protein or bioweapon/toxin/poison or whatever it is that causes this allergy to happen in just ‘some’ of the people who get sick)…

… maybe we’ll never know – maybe it’s an undisclosed adjuvant, or even something we haven’t located yet – in water/food/air/frequency? Who knows for sure – we cannot, but those who are having the severe scary and sudden life-threatening symptoms, are having an “allergic reaction” to something – like clockwork – on the 8th day exactly, and the rest have a normal detox illness or flu-like symptoms that is a regular bodily function helping the body detox from an unhealthy and toxic world, made worse with dangerous official health advice (masks, chemicals, lockdowns, stress/worry/panic, lack of nutrients, lack of sun, fear of death and fear for loved-ones and a constant, deliberate confusing & ever-changing reality-tv-show full of lies, deception, and manipulation via the media on behalf of govt & pharma – lack of hope, optimism, proper health advice, finances, etc. kids and partners at home, or separated or isolated from loved ones, travel/wedding/funeral/business plans cancelled, stuck overseas or just by suburbs & towns), a constant bombardment of harassment and non-stop “Psychological-warfare” and toxic mixed-messaging and blame-shifting.

And even then, there are people getting sick with “COVID-like” symptoms – who test negative – so is “Gold Standard” just a marketing-term used to fool us into thinking something is accurate and trustworthy?

They created a fairy-tale story about their mRNA & DNA technology, with pretty animations and cartoons to make you feel intelligent, whilst creating an evil “anti-vaxxer” story, to censor and cancel any voice of reason or logic or any science or health professional that either has real health advice that will help remove the fear, or who are letting you know more about this technology or covid-story that doesn’t match what they want you to believe.

At the same time, they created a “trust the expert/science/health advice” narrative to divide communities into a “good citizen” (one who ‘listens to their-version-of science’ & ‘follows the rules’, and any who call out the madness & lies or want to help remove the fear, must by definition be an anti-science, covid-denier, anti-vaxxer, junkie-terrorist or “bad citizen” – who we can all shift our blame, frustration, despair and anger towards when we don’t “have zero cases, reunite with our loved ones, or return to our previous lives” – but mostly to hide “experts” such as those that ended previous pandemics – which they don’t want you to listen to. They may of even created the Q-Anon movement in order to be able to deceive the public into thinking “anti-vaxxers” are crazy, neo-nazi, Trump-loving terrorists, that believe anything, as well as a lot of the fringe-shows – who knows? But they definitely hid the industry experts and honest whistle-blowers by categorizing them in with the most fringe crowd, and successfully scared people away from looking deeper into the research or actually double-checking they were reporting factually or not, and convinced them they were doing “the right thing” by not looking outside of the sources they controlled.

The PCR Test that most labs are authorized to use cannot tell if you have an active infection nor differentiate between any of the above, but there are tests that can – that we are not routinely using – because the “pandemic” is a cover for a few things:

1.) Getting this Universal mRNA/DNA technology into as many arms as possible. Where neither these PCR-manufacturers or these vaccine companies had a copy of ANY actual virus – instead they used the computer-uploaded sequence that was uploaded to the “digitalized” GenBank & somehow the world seems to be ok with that, even though it came from the same city we suspected the bioweapon was released?.

2.) Testing something dangerously toxic on the world’s population. Not all “vaccine” vials or batch-lots are the same – every 200 batches are extremely toxic (in the USA) and account for all the severe adverse events. So not only do our health authorities have unusual blind-faith in the Wuhan scientists in CCP China for some inexplicit reason, it seems our so-called trusted advisors may have agreed to regular human experiments on the world’s citizens when they said “yes” to the largest clinical trial in human history, and handed trillions of dollars over to the world’s biggest pharma-crooks. (So we have a “worse than the Nuremberg trials situation” – worse than the horrific experiments that they did on prisoners – they are systematically experimenting with God-knows-what on whoever lines up for jabs that week?).

3.) The “pandemic” is being used for a Global Financial Reset. The world’s economy was already devastated years before and $21 trillion dollars is missing from the US Government, and the most corrupt people in the world have known there is no saving any of it, so have been printing billions of dollars and buying-up assets as fast as they can before the reset comes into play.

In addition, there are many other well-planned, methodically organized, masterful (but destined-to-fail because we’re catching up) United Nations-fronted Globalist agendas, including:
4.) Collecting everyone’s DNA for some unofficially-known reason?

5.) Total Population Control over Food, Land, Governance, Education, Health, Business, Information, Currency, Energy – you name it. Under the cover of Sustainable Development or “climate change”, a Technocratic Total Population Control / CCP-Inspired Social Credit System – Digitalizing work, education, information, currency & cities, taking over the global food, agriculture and land, and a One World government that puts the richest and least-trusted and most scrupulous of society in control of the entire planet?

Hmm, yep it’s been an educational couple of years figuring out that everything (almost everything) that the media & false-fact-checkers kept insisting is false – is in fact, verifiable and frighteningly true. COVID-19 should actually be code-named “War” – bioterrorism and infoterrorism. (Not all hope is lost)

Name used to describe the “Virus that causes COVID-19 disease” to keep everyone focused on a virus and distract the world away from the manufactured Bio-Weapon/Poison/Toxin and Global War & Reset we are involved in.

This is pretty much the irrefutable conclusion you will come to after reading through my research:

Standing Up to Corruption

New Boosters approved that were tested only on Mice (What happened to them?) 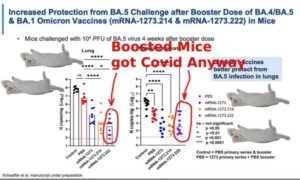 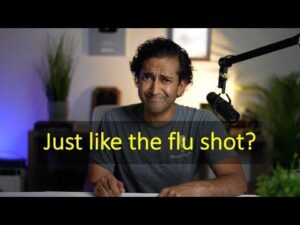 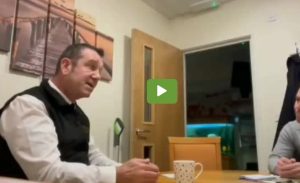 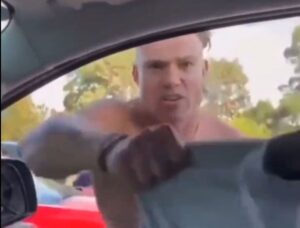 Will we see this more and more as people realize the truth about the dangers of these shots? Parents and children will want vengeance for what has happened to their loved ones by those they trusted. This is a big deal. Many already want justice to be served, and many are still asleep. Man tracks down Dr after death of ...
Read More
August 7, 2022 / Penny... on Health / C19 Prey, covid-19, covidkids, Disease - Myocarditis, Vaccines, Video
“It’s Slavery” – Senator Malcolm Roberts | Great Reset Truth Bombs 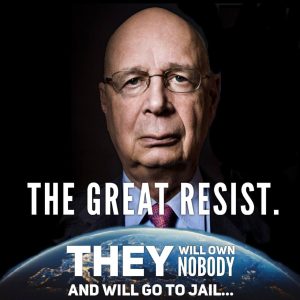 To help alleviate any anxiety or fear my friends and family have surrounding COVID-19 by understanding what COVID-19 is, what is different about these new Vaccines, Risks vs Benefits, Concerns, Alternatives, and what to do (and look out for) if you decide to get the jab or not. I am truly trying to understand and explain exactly what these vaccines do (understanding mRNA and how the new vaccines operate, etc.) so that my family & friends can also understand what they are (since they are not shared in much detail on the local news beyond cartoon animations and a “safe & effective advertising mantra” that started before they were even created), and most don’t have time to research all day and night like me).

Unfortunately, after about a year of deep-diving into the research – even having to “learn” microbiology and do online university classes just to understand some of the mechanisms, thousands of hours and thousands of papers and thousands of really boring medical lectures, I have serious concerns. Mostly – and alarmingly, with “the science” the media were promoting vs “the facts”.

The first red flag was not being able to ‘share the facts’ anywhere. I spent all that time making sure I had it ‘right’ because people’s lives were at stake – my own loved ones who I was doing this for – their lives were at stake if I get it wrong. I first thought it was because they didn’t consider me an expert, but then I realized it wasn’t just me- it was ‘everyone’ who shared the facts – world experts of every industry – literally only one narrative was allowed and anything else “disappeared”. It really didn’t make any sense – because what they were allowing was ‘wrong’ and the information that would help people were being censored.

I have ‘flipped a switch’ from investigating mRNA, to figuring out why the media is literally promoting fear, division, hate, and the complete opposite of “wellness” in every possible way – why were they only promoting things that will make us sick and not sharing anything that would promote health? Now my research is focused on a new problem – questioning the narrative and investigating the lies, deceit, and corruption, and trying to figure out “what’s really going on”.

Humanity’s innocence and trust has been abused and stolen. :(

An inverted world, two parallel realities running along-side each other – those who believe the media-version of reality (that trust they are giving us the truth and listening to ‘experts’), and those who have questioned the media’s version and found that the ‘so-called-experts’ they are taking advice from are not the ‘good guys’. If you don’t know that something else is going on by now, you just don’t ‘want to’ or you’re perfectly programmed by the very specific techniques used to manipulate us. I’m not saying I know everything that’s going on, but I do know the media is lying, and this is my ‘notepad’ to share what I’ve found so far while I try and figure it out.

We will attract relationships into our lives to learn our major soul lessons. For instance, if you have no boundaries, you’ll attract parasitic people into your life, until enough becomes enough and you learn to say no. Once your no gets really strong it will be impossible for parasitic people to parasite off you. You simply won’t attract these types of people into your life.