What, exactly, was the New International Economic Order (NIEO)? Promulgated as a United Nations declaration in 1974, the NIEO was the most widely discussed transnational governance reform initiative of the 1970s. Its fundamental objective was to transform the governance of the global economy to redirect more of the benefits of transnational integration toward “the developing nations”—thus completing the geopolitical process of decolonization and creating a democratic global order of truly sovereign states. (01) 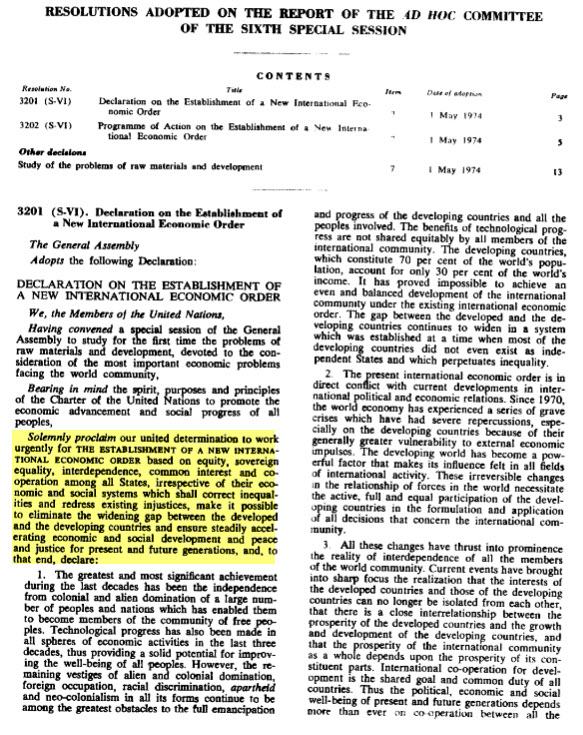 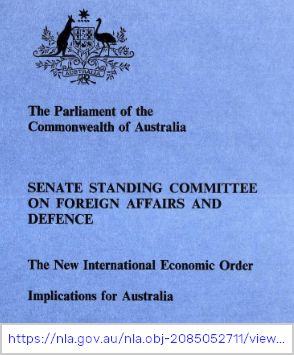 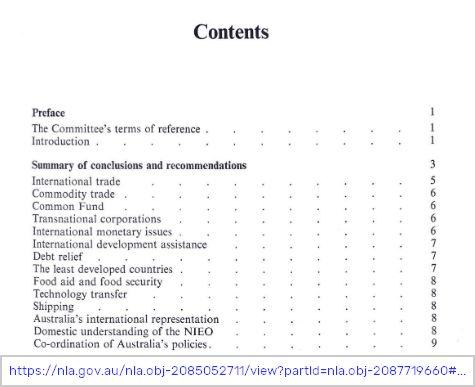 Page 2
“The public perception of what the New International Economic Order means generally and to Australians specifically should be promoted not only by the Government and its instrumentalities but by the media, unions, organisations, academic bodies and informed individuals… Australia may be called upon to make some sacrifices..”

Page 4
“In particular the Committee believes that, while many of the proposals of the New International Economic Order are unacceptable in their present form, a continuing concentration on the specific proposals that Australia does not like may not only distract attention from those that might be acceptable but, more importantly, it will distract attention from the underlying pressures and realities of which the NIEO is only a manifestation“. 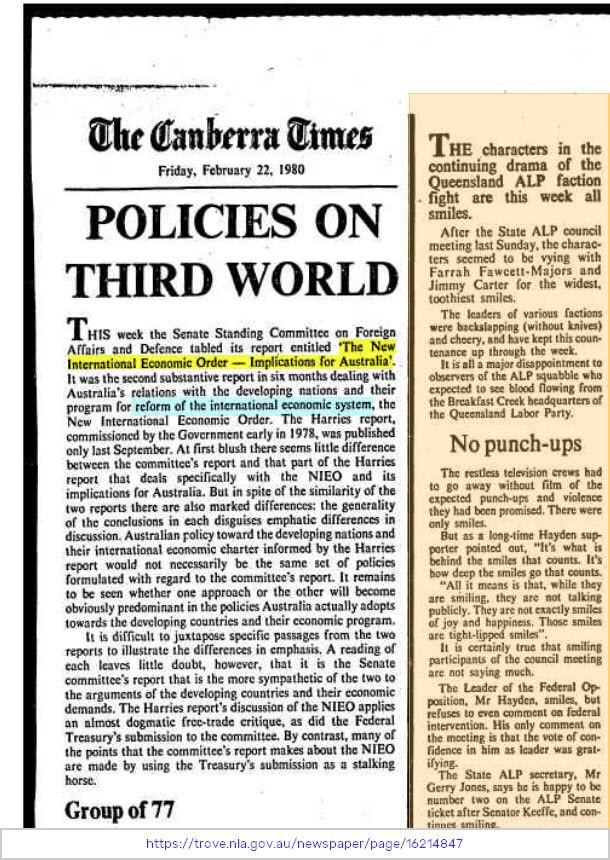 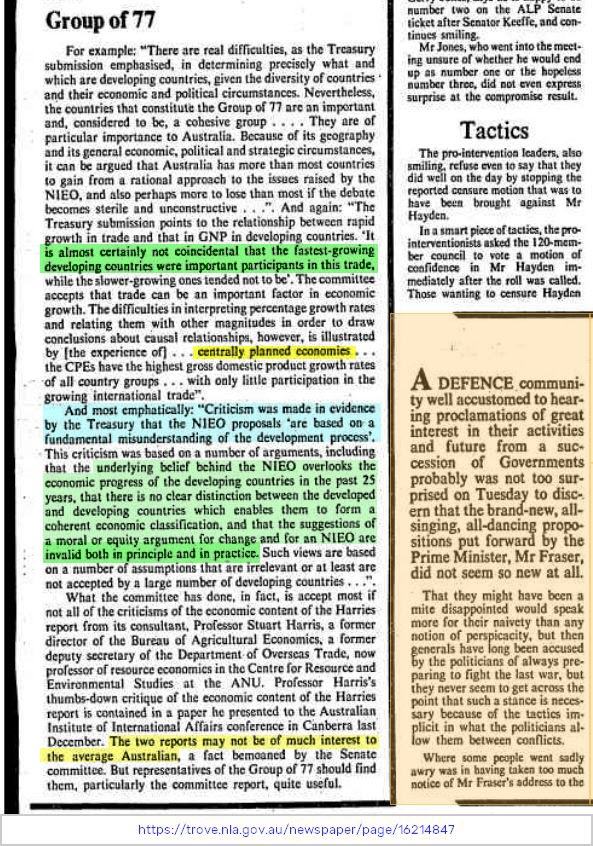 The New International Economic Order (NIEO) is a set of proposals advocated by developing countries to end economic colonialism and dependency through a new interdependent economy. The main NIEO document recognized that the current international economic order “was established at a time when most of the developing countries did not even exist as independent states and which perpetuates inequality.” In the spirit of “trade not aid,” the NIEO called for changes in trade, industrialization, agricultural production, finance, and transfer of technology. The United Nations General Assembly adopted the Declaration for the Establishment of a New International Economic Order and its accompanying program of action on 1 May 1974

The Economic Vision of the NIEO

At the core of the NIEO’s agenda was a series of interrelated proposals for reforms to the structure, governance, and norms of the global economy designed to improve the relative position of the so-called developing states. In particular, the NIEO Declaration called for: (a) an absolute right of states to control the extraction and marketing of their domestic natural resources; (b) the establishment and recognition of state-managed resource cartels to stabilize (and raise) commodity prices; (c) the regulation of transnational corporations; (d) no-strings-attached technology transfers from north to south; (e) the granting of preferential (nonreciprocal) trade preferences to countries in the south; and (f) the forgiveness of certain debts that states in the south owed to the north. Together, all these proposals amounted to an assertion of the “economic sovereignty” of postcolonial states. (10)

The NIEO represented a call for socialism among states. On the other hand, despite this interstate socialism, the NIEO remained studiously agnostic about the proper form of internal organization of national economies, being quite amenable to capitalism within states.

The NIEO as an Intervention in International Law

Just as important as the NIEO’s economic objectives were the novel means it sought to implement its objectives through new mechanisms of international law. Proponents of the NIEO, especially those at UNCTAD, sought to use the UN General Assembly, with its more plausible claims to represent world interests, as a forum for developing new international legal structures that would promote the agenda of the south.

See the end before a single step is taken; picture in your mind what you want. You are sowing the seed, but before sowing any seed you want to know what the harvest is to be. This is Idealization.