I know there’s over a million patents involved but I should start at least documenting some of them on the one page instead of spread-out throughout the blog – it would take decades to locate & record all the nefarious patents considering how big this octopus is and how much we’ve been lied to… maybe this collection will help someone else who is already looking. I also have several folders of suspicious patents on Mega.

Just want to note here the patents I need to add here to remind myself when I’m not trying to do 2,000 things at once.

There are more suspicions patents listed on these posts that I’ll move here when I have time: 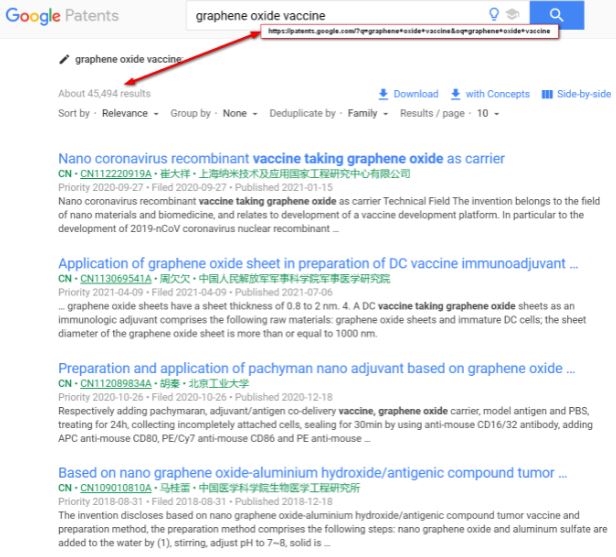 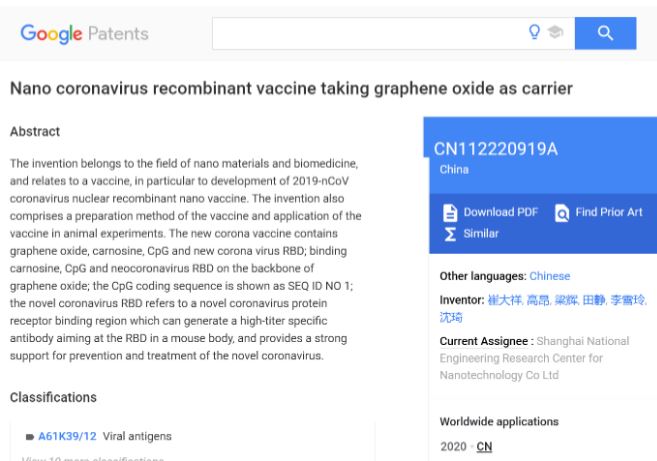 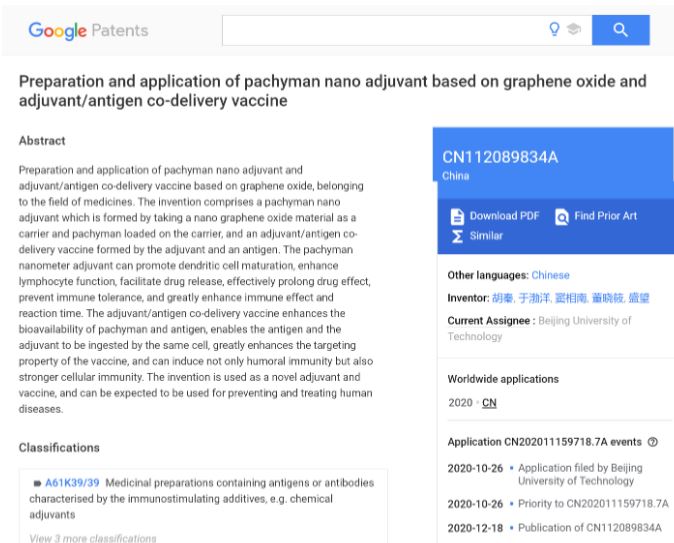 Who has time to go through all those patents?

A method is provided for acquiring and transmitting biometric data (e.g., vital signs) of a user, where the data is analyzed to determine whether the user is suffering from a viral infection, such as COVID-19. The method includes using a pulse oximeter to acquire at least pulse and blood oxygen saturation percentage, which is transmitted wirelessly to a smartphone. To ensure that the data is accurate, an accelerometer within the smartphone is used to measure movement of the smartphone and/or the user. Once accurate data is acquired, it is uploaded to the cloud (or host), where the data is used (alone or together with other vital signs) to determine whether the user is suffering from (or likely to suffer from) a viral infection, such as COVID-19. Depending on the specific requirements, the data, changes thereto, and/or the determination can be used to alert medical staff and take corresponding actions.

Regardless of the “Date” controversy…

It’s got a lot of information about personal biometric surveillance data written throughout that probably should have our attention also.

God only knows what this patent is really about or whether any of this is actually being used anywhere, but it smells of total surveillance and control, this obsession with collecting our biodata and connecting things up to the cloud. And my suspicious mind wonders if its more of a stop-gap, to stop people (or profit from people, or sue people) from developing apps that use biometric data for COVID-19? I don’t know, I’m tired, it’s late. 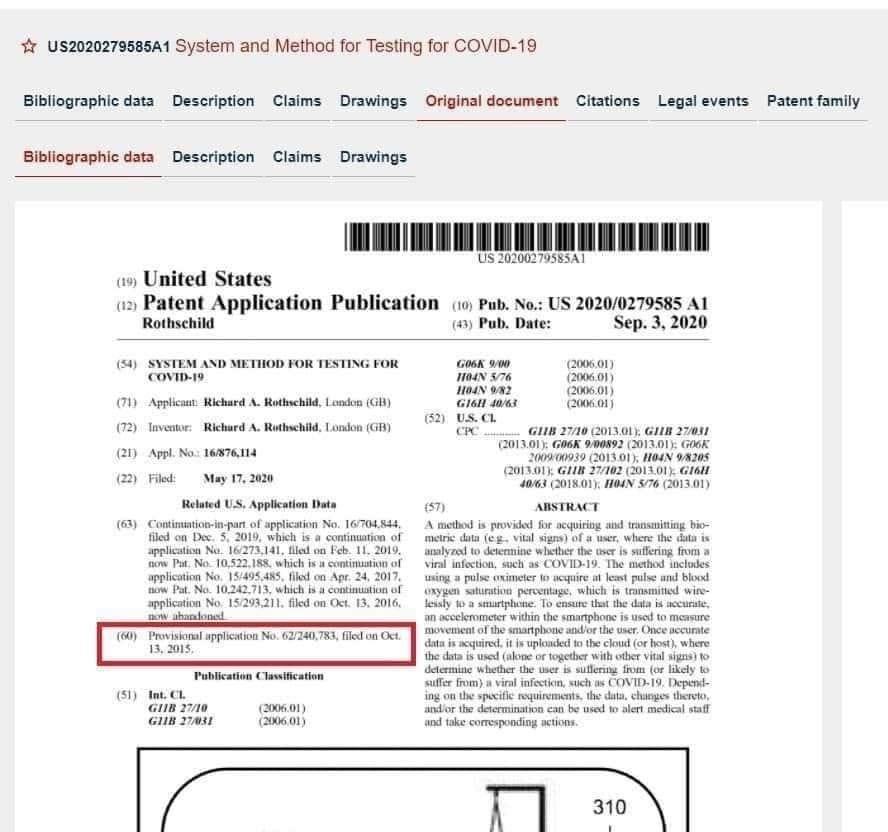 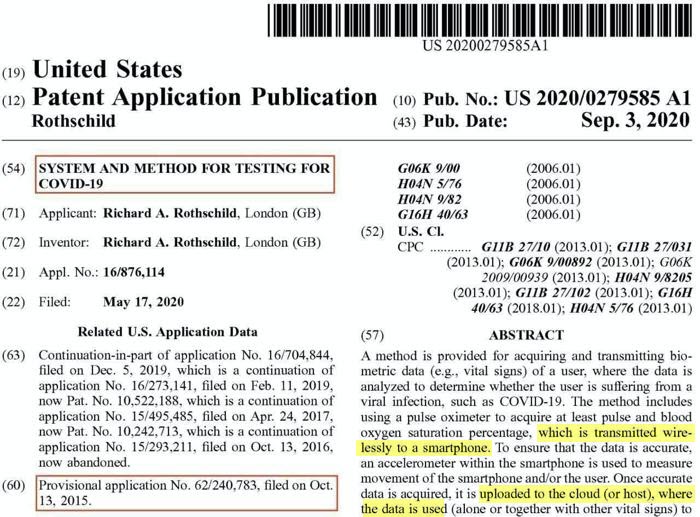 In June 2019, (published on the 26th of March, 2020) Microsoft patented the now infamous and extremely Suspicious 060606 patent linking biometric data to Cryptocurrency. 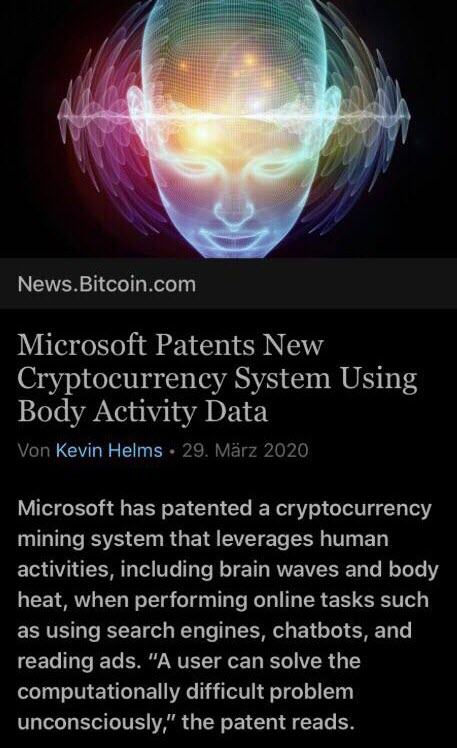 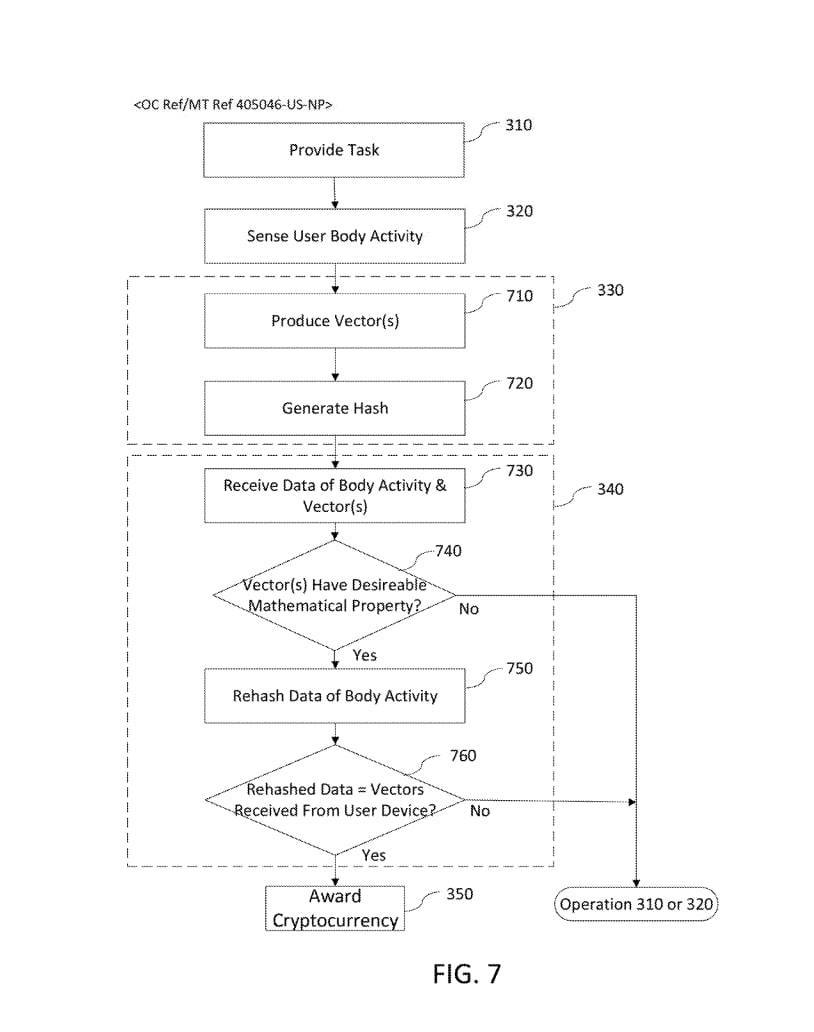 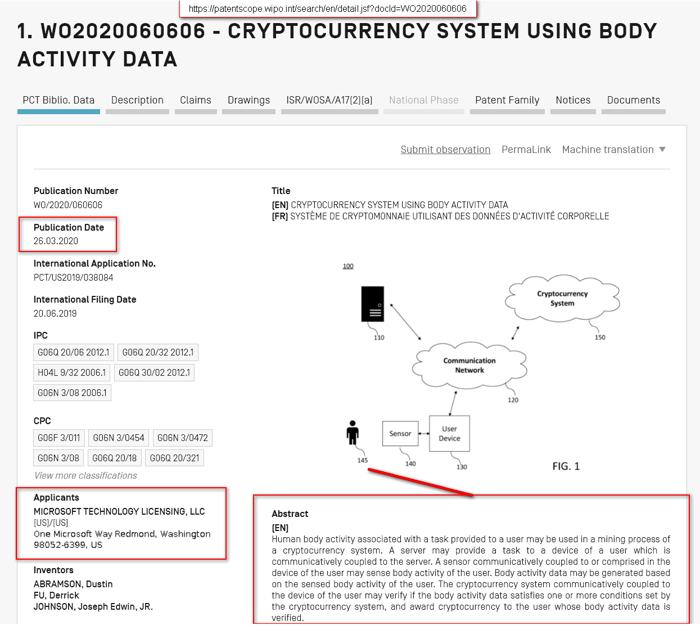 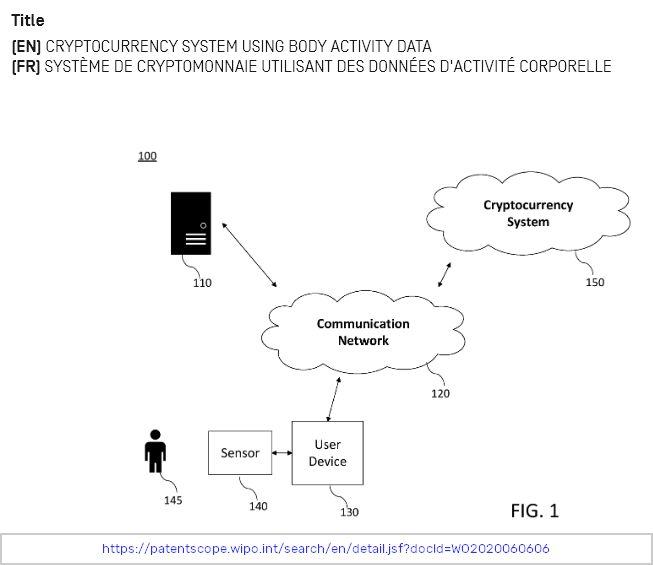 Sidenote.. and I’m “sure it’s nothing” / and “just another coincidence”… / but they brought in $100 BILLION to invest in total surveillance & quarantine – something we never needed, and something that has been completely abused.

This bill would provide $100 billion in grants to faith-based organization, clinics, medical centers, and other organization which perform testing for COVID–19, tracing of exposure to COVID–19, or services for individuals who are isolating at home. The funding could be used to pay their staff or purchase personal protective equipment to protect their staff. 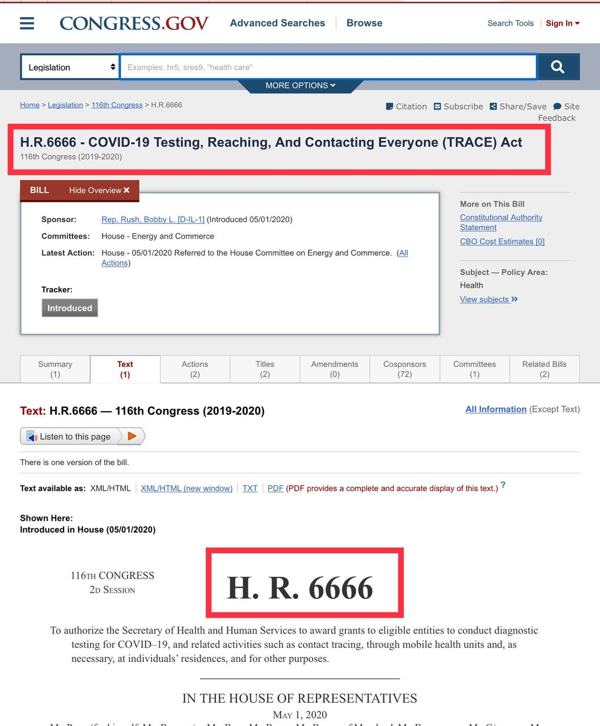 In 2018, “Coronavirus” was patented by the Pirbright Institute, which is connected to Rothschild again, Wellcome, and Gates, etc. but also with the Pilgrim Society (…if NWO had a list of names…)

(I’ll do a post on this soon, not tonight though – but if you have downloaded my research, you already have some of the information – search for NWO Pilgrims Society).

So the above connections is critical, not what the fact-checkers are trying to debunk, the above is important…

Fact-checkers mislead readers by misdirection pointing out that it’s not “the” covid-19 coronavirus, but “a” coronavirus – and saying that it’s a “weakened form” of the virus that can be used for vaccines… which is written in the abstract also:

In addition, unless some other law has passed recently that I don’t know about “You cannot patent nature“.

You may think this is a stupid question from someone that doesn’t understand the science or what I’m reading (and that’s possible) but it’s a serious question because: 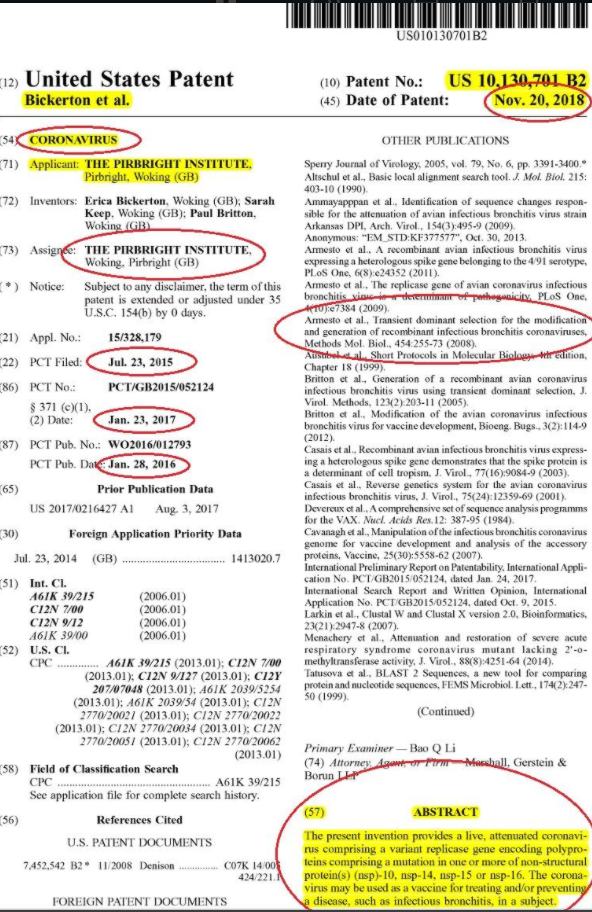 Charles Lieber has 66 patents which are being used as scaffolds and wires and nanosensors and semiconductors in all vaccines as described here. (23)

At the beginning of the pandemic if you remember, Charles Lieber, a Harvard nanotechnology researcher with decades of experience, was indicted by the DOJ for fraud in collaboration with the Wuhan University of Technology.  (24)

Charles Lieber received millions of dollars in grant money from the US Department of Defence, specifically the military think tanks DARPA, AFOSR, and ONR, as well as NIH and MITRE. His specialty is the use of silicon nanowires in lieu of patch clamp electrodes to monitor and modulate intracellular activity, something he has been working on at Harvard for the past twenty years.

He was claimed to have been working on silicon nanowire batteries in China, but none of his colleagues can recall him ever having worked on battery technology in his life; all of his research deals with bionanotechnology, or the blending of nanotech with living cells.

Charles Lieber was a colleague of Robert Langer (an expert in nanotech drug delivery) and who is one of the co-founders of Moderna.

Charles Lieber has worked for the Bill & Melinda Gates Foundation and the Rockefeller Foundation, and according to the press-release video above, was paid one and a half million dollars to setup a research lab in Wuhan, China, at the same time as receiving research grants from Harvard & NIH. (25)

One of his Patents is for Nanobots (‘nanoscale devices’) with “ballistic transport” for which “carriers can be injected” that can include metal electrodes including nickel, gold, silver, copper, zinc, cadmium, iron, nickel, cobalt, aluminum, chromium, platinum, tungsten, or the like.

It also gives an example that ‘an electrode or other device may be in electrical communication with both the nanoscale wire and the non-nanoscale electrical contact, where the junctions between such components are not Schottky barriers’ (energy barriers for electrons).

The invention includes a method for preparing nanostructures. And that nanoscale wires can be “grown” using chemical vapor depositions and that the nanoscale wires can also be “doped” by introducing the doping element into the vapor phase reactant, and more… read the patent here:

NIH-funded Nanotechnology Patents has Charles Lieber’s name all over them:

Patents by Rockefeller University (I haven’t done a search for this yet to see how many there are – I suspect hundreds – I randomly came across this one today which I thought I’d note):

Anthony Fauci, NIH / NIAID, Gain of Function (Bioweapon) Research, massive amounts of conflict$ with all the pharma arms and blah blah blah – just like Gates, Fauci’s hands are all over everything to do with this pandemic.

I know I have a few PDFs somewhere full of the patents, so don’t think this is a full list, this is just a “I have this page open so I’m noting it” – but the Fauci/COVID Dossier is one of them that I can list right now.

The National Institute of Health’s grant AI23946-08, issued to Dr. Ralph Baric at the University of North Carolina at Chapel Hill (officially classified as affiliated with Dr. Anthony Fauci’s NIAID by at least 2003) began the work on synthetically altering the Coronaviridae (the coronavirus family) for the express purpose of general research, pathogenic enhancement, detection, manipulation, and potential therapeutic interventions targeting the same. (36)

As early as May 21, 2000, Dr. Baric and UNC sought to patent critical sections of the coronavirus family for their commercial benefit. (Source: U.S. Provisional Application No. 60/206,537, filed May 21, 2000) In one of the several papers derived from work sponsored by this grant, Dr. Baric published what he reported to be the full-length cDNA of SARS CoV in which it was clearly stated that SAR CoV was based on a composite of DNA segments.

I have much more on DARPA’s investments in remote-controlling humans in another post (that is still in draft-mode).

DARPA’s ElectRx program (Electric Prescriptions) is funding research into tiny embedded devices that can monitor conditions inside the body and stimulate particular nerves in response, “enhancing the body’s self-healing abilities”. DARPA is examining health on a nano scale through its electrical prescriptions (ElectRx) program. (40) (41)

Here’s some examples the ElextRx program is funding research into:

A military research organization wouldn’t be throwing some 78.9 million US dollars at something that didn’t have some tantalizing potential on the battlefield.

DARPA’s first seven grants under the ElectRx program announced in 2015: (42)

Brain Hacking via the Vagus Nerve (43)

In 2017: Military magnetic field breakthrough could lead to mind reading computers and Harry Potter ‘wands’ to check for head injuries (44)

Karen Kingston is a Biotech Analyst and yet another former Pfizer employee who is speaking out. She began her career as a Pfizer sales rep in NYC. She’s a pharmaceutical and medical device business analyst over 20 years of experience in business development, marketing, sales, public speaking, and strategic consulting. As an executive strategist, her clients range from start-ups to Fortune 500 leaders, including Allergan, Pfizer, Johnson & Johnson, Medtronic, and Thermo Fisher Scientific. 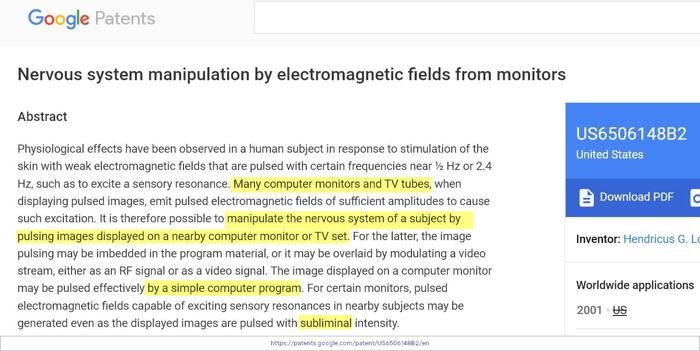 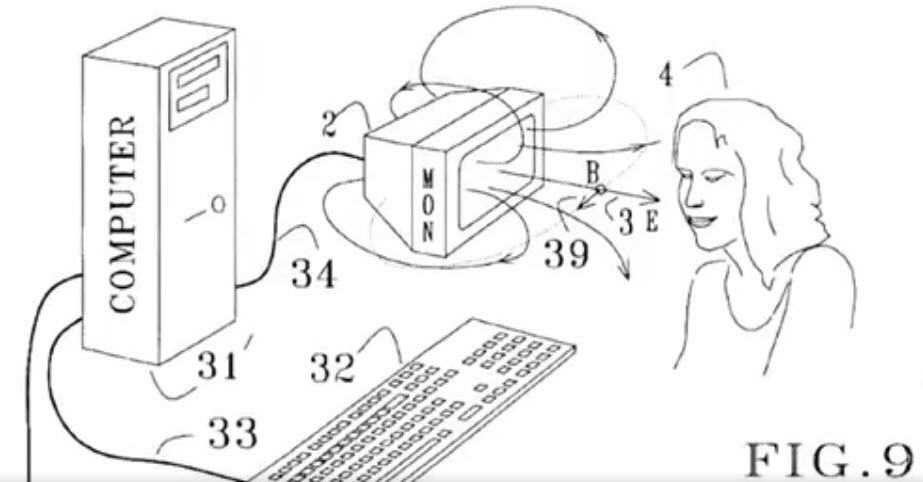 The same inventor has 15 more patents, 10 of them to do with remotely-manipulating the nervous systems & memories:

US patent for a Toxic Mosquito Aerial release system, granted by The United States Patent and Trademark Office in 2014 includes a drone which can release infected mosquitoes. According to the patent documents, the drone is capable of delivering lethal and non-lethal toxins, including any agent that can be carried and administered by a mosquito.

“With the toxic mosquito aerial release system, large masses of people can be immunized or enemy troops can now be wiped out or rendered useless without having to risk or endanger our own troops. The toxic mosquito aerial release system is extremely low cost and can easily accomplish what a billion dollars in medical interventions and air strikes cannot do.”

Whenever you find recurring circumstances, it is because you are being presented with opportunity after opportunity to work upon these issues until you get it right.