Living Document. There is much to add to this post but the main Graphene post was too large, so I’m re-categorizing all the vial-contents into individual posts, so I’ll add the rest of their information, documents, images & videos, after I create each one. (It makes it easier on me). Please come back in a week, or join the telegram channel to be notified. First published: April 6th, 2022

La Quinta Columna, a team of Spanish researchers, has discovered that vaccines contain graphene oxide. It has an absorption band for 5G frequencies and it may also be the reason behind the magnetic phenomenon. (01)

Ricardo Delgado Martin, is the Founder and Director of Quinta Columna. Ricardo is responsible for coordinating the Spanish research team’s analysis of the impacts of graphene oxide nano-particles contained in the vial of the mRNA vaccine. Ricardo Delgado Martin is specialized in biostatistics, clinical microbiology, clinical genetics and immunology.

Speaking on behalf of the Spanish research team, Ricardo Delgado Martin recommends that the covid-19 experimental mRNA vaccine should be cancelled and discontinued immediately.

An Interview w/ Richard Delgado: Impacts of Graphene Oxide Nano-Particles Contained in the Vial of the mRNA Vaccine – June 20, 2021 – He says to increase Glutathione (NAC).

Report on Microtechnology found in Pfizer vials by La Quinta Columna summarized in English on these two posts from Orwell (named after the Orwellian times we find ourselves in):

Their main website https://www.laquintacolumna.net/ has become an absolute super-hub of graphene-oxide information, studies, and news (I haven’t seen any other site that has this much information on it – 100’s of scientific articles – and I have at least 50 bookmarked for later viewing if I ever get the time!), and whilst Google still allows us to translate websites on demand, I recommend reading as many as you can before we can no longer figure out what it says :) 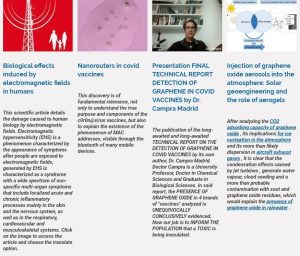 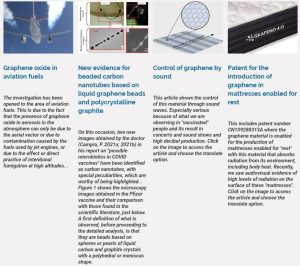 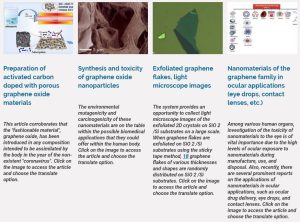 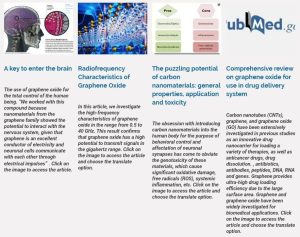 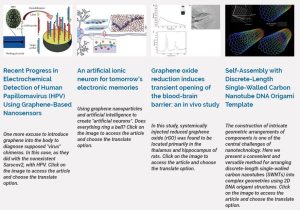 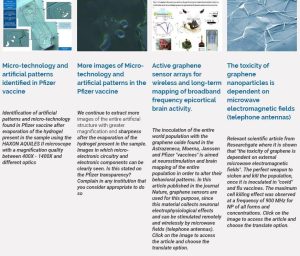 I just took a screengrab of their site (English-translated) as a PDF (via Mega) if you want to save it for later viewing (bare in mind, I intend to merge all my graphene-info into one-folder soon and this link may no longer work when I get around to it – please let me know via telegram if the link dies).

Their Telegram channel: https://t.me/laquintacolumna will post an update when their report is updated in English (& other languages)

You get what you think about – whether you want it or not.