Are the Kids ok? 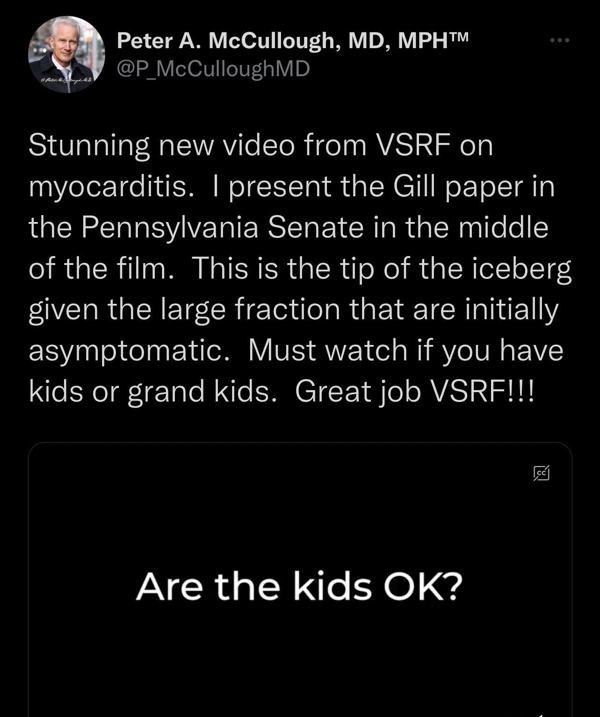 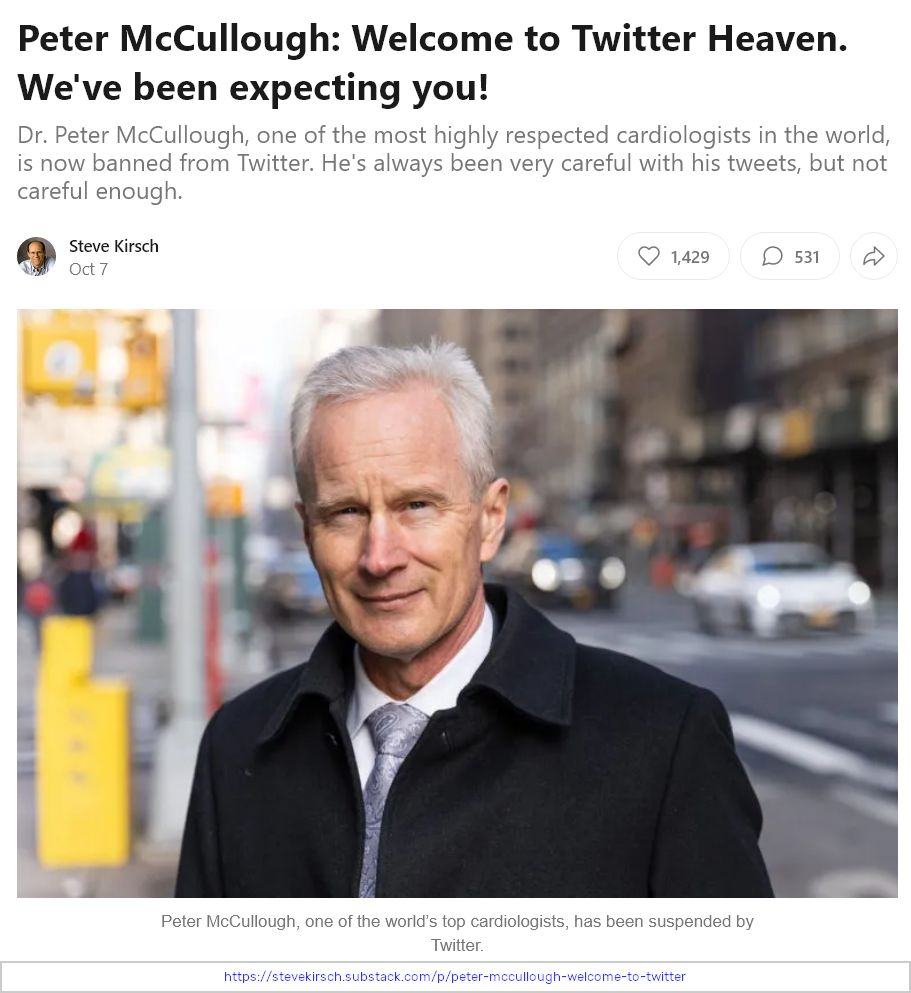 This is the video, created by VSRF (01), that Twitter does not want you to watch, and got Dr Peter McCullough permanently banned (02)

The video includes a TV ad for kids who get myocarditis.

Marty Makary, MD, on Tucker: myocarditis is not from Covid-19

Full post: Fired Paediatric Nurse Emotional Testimony “I Am The Face Of Your ‘Misinformation’ Campaign.” 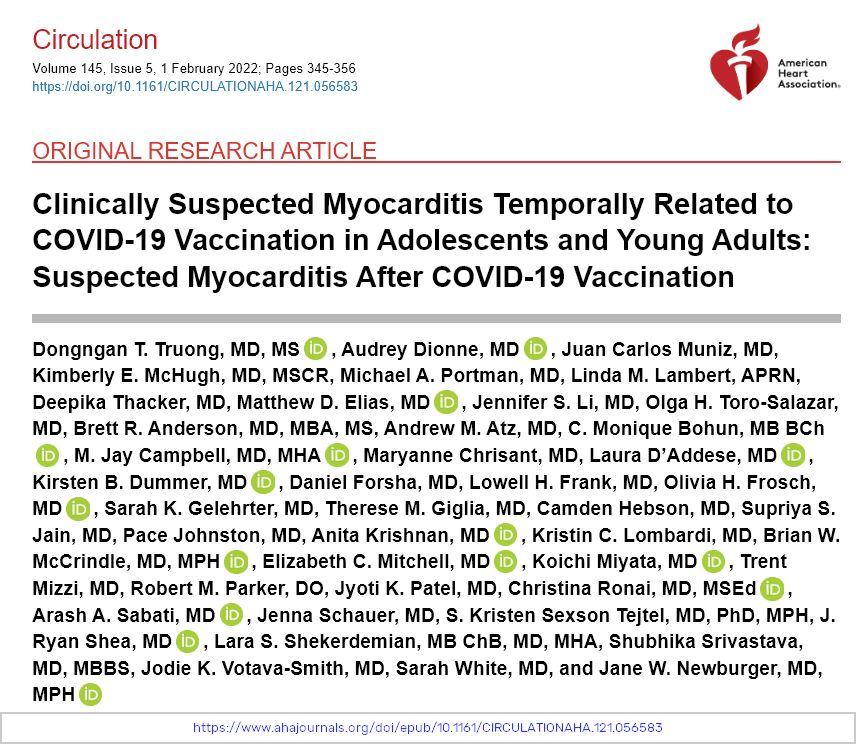 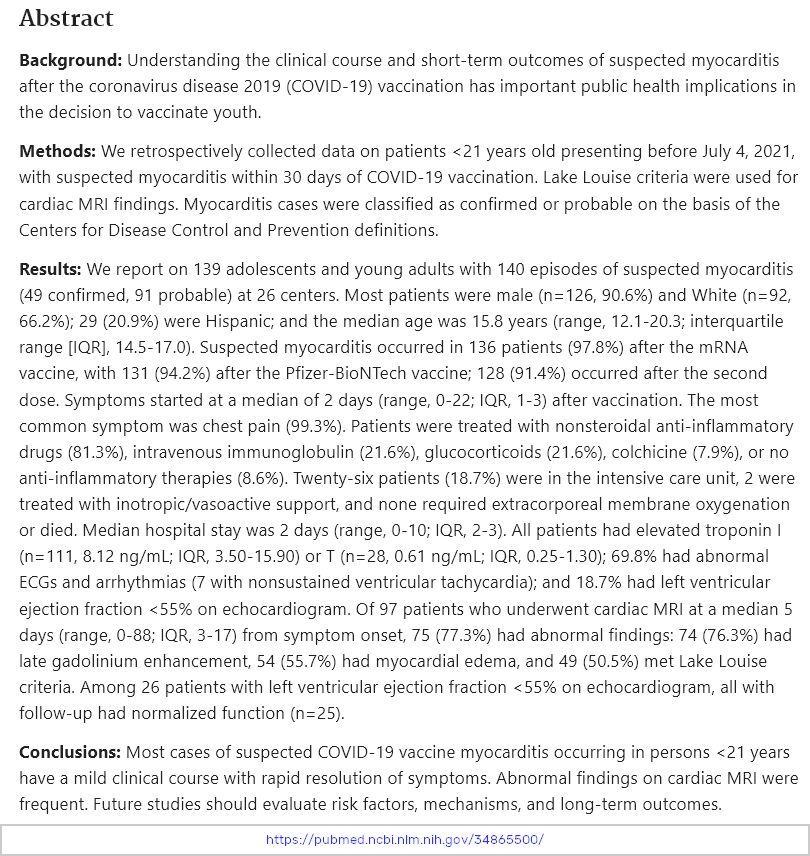 Television ad that spotlights Pfizer vaccine-related injuries suffered by 13-year-old Maddie de Garay was killed by Comcast attorneys after initially accepting the ad.  The ad was slated to run multiple times before and during the FDA’s VRBPAC Meeting on Pfizer Data on its COVID-19 Vaccine for Children 5-11. Meanwhile, Pfizer spent 2.4 billion dollars on advertising in 2019 alone…

Maddie’s symptoms occurred almost immediately after the second dose in the Pfizer trial.  For example, according to medical records and her mother’s documentation, within 12 hours Maddie experienced:

• Fever 101-102
• Electric shocks up and down spine to neck
• Fingers/hands turned white, were swollen and were ice cold when you touched them
• Tachycardia (she said her heart felt like it was being ripped out through her neck)
• Severe abdominal pain
• All over body muscle/nerve pain and spasms – you couldn’t touch her anywhere and she said it even hurt to lay down
• She walked hunched over and with her toes up
• Severe headache
• Nausea
• Blood in her urine
• CRP was 2.90
She continued to decline over the following 3 months and developed these symptoms:
• Unable to walk
• Lost feeling below her waist
• Tremors
• Convulsions/Passed out
• Nausea, vomiting, difficulty swallowing and eventually unable to swallow any liquids or solids
• Gastroparesis, stool blockage that she was hospitalized for a clean out
• Urinary retention requiring a catheter that is still a problem today
• Brain fog, mixing up words, memory loss
• Muscle weakness throughout body to the point she could not even bathe herself
• Loss of neck control and muscle spasms
• Rash all over her arm
• White tongue
• Throat pain
• Bone pain in arm where she got injection
• Feet peeling
• Skin peeling on head
• Reflux, feeds even come up through her Ng tube
• Weight gain (only getting feeds so not overeating)
• Heavy periods with clumps of blood
• Inability to sweat or control her body temperature

The CDC’s latest numbers about post-vax myocarditis represent a significant departure from last year’s narrative pushed by health bureaucrats and the media. 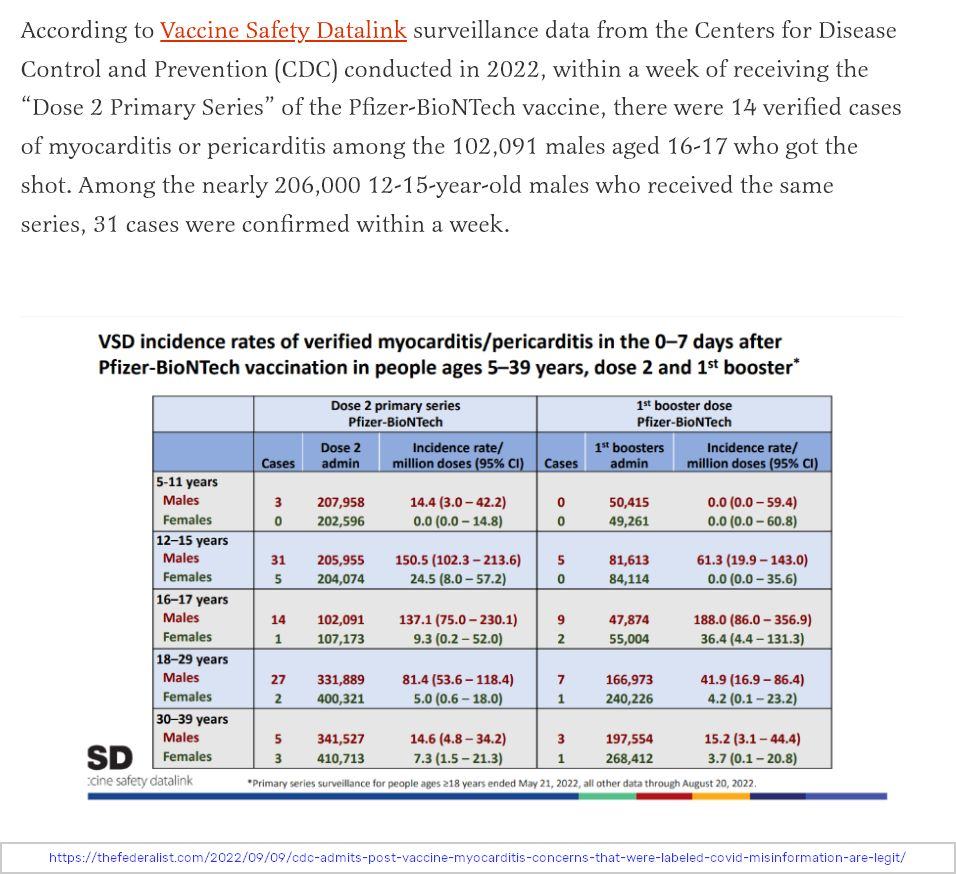 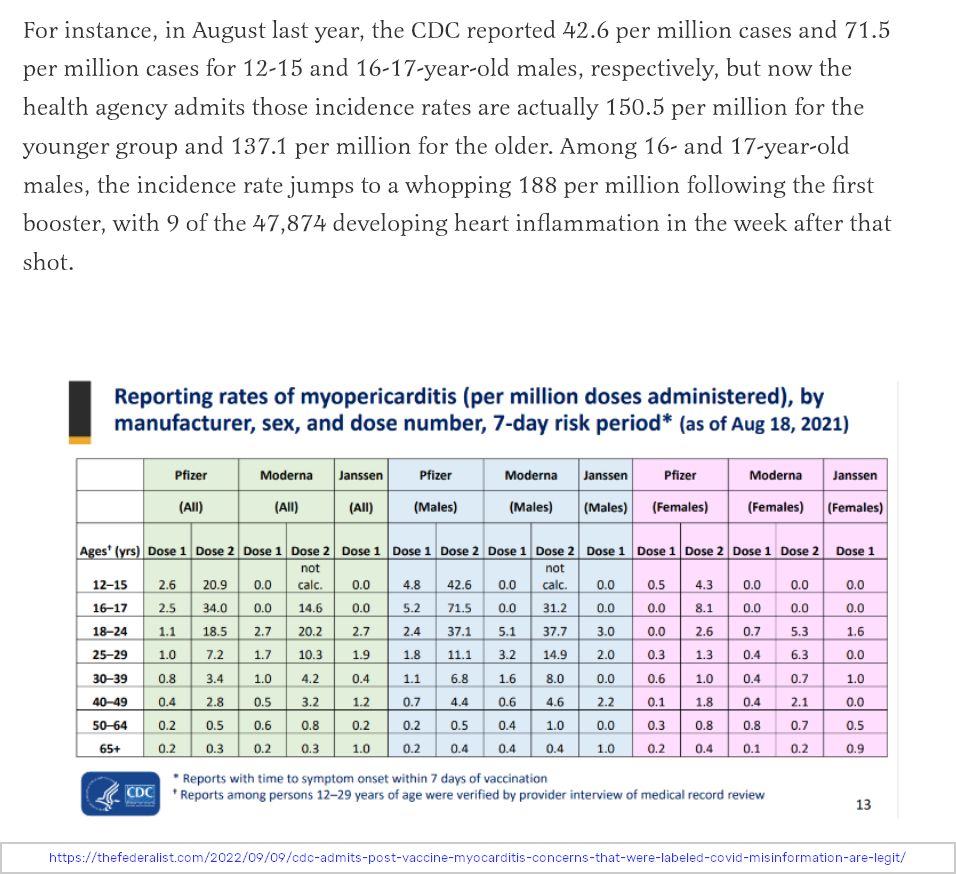 When reports first surfaced in 2021 that some cases of myocarditis — the inflammation of the heart muscle, potentially leading to blood clots and heart attack or stroke — were potentially associated with the Covid-19 vaccine, the corporate media and its fact-checkers were quick to label them as misinformation, saying the benefits of the vaccine far outweigh its small risks.

A year later, though, the media can no longer deny that what they called misinformation actually has data to back it up. As Matt Shapiro detailed in his Substack post on the matter, “Last year’s misinformation on vaccine-associated myocarditis in young men is this year’s well-established fact.”

According to CDC’s Vaccine Safety Datalink surveillance data (09) conducted in 2022, within a week of receiving “Dose 2” of the Pfizer-BioNTech vaccine, there were 14 verified cases of myocarditis or pericarditis among the 102,091 males aged 16-17 who got the shot. Among the nearly 206,000 12-15-year-old males who received the same series, 31 cases were confirmed within a week.

In 2021, the CDC’s reported rates of myocarditis during the 0-7 day “risk period” following vaccination were significantly lower compared to recent numbers.

Ernesto Ramirez lost his son to Pfizer & offered a bribe

‘That’s Beyond Fraud’: How FEMA Tried to Bribe Ernest Ramirez to Change His Son’s Death Certificate to COVID [VIDEO] “I told them I would never do that. I would definitely never disrespect my son in that way.” (10)

Perhaps one of the most heartbreaking and tragic tales of the past two and a half years is the story of Ernest Ramirez Jr. . He was a 16-year-old boy, son of Ernest Ramirez Sr., and “the best son a father could ask for.” But unfortunately, he died of heart complications five days after his first Pfizer shot in April 2021.

Moderna deaths and injuries from June 2021 dumped into VAERS in October 2022 – why did they hold onto this data so long do you think? I wonder. The group-think-crew don’t wonder though, all they parrot is “safe and effective, safe and effective” and the enemy is “vaccine hesitancy”. 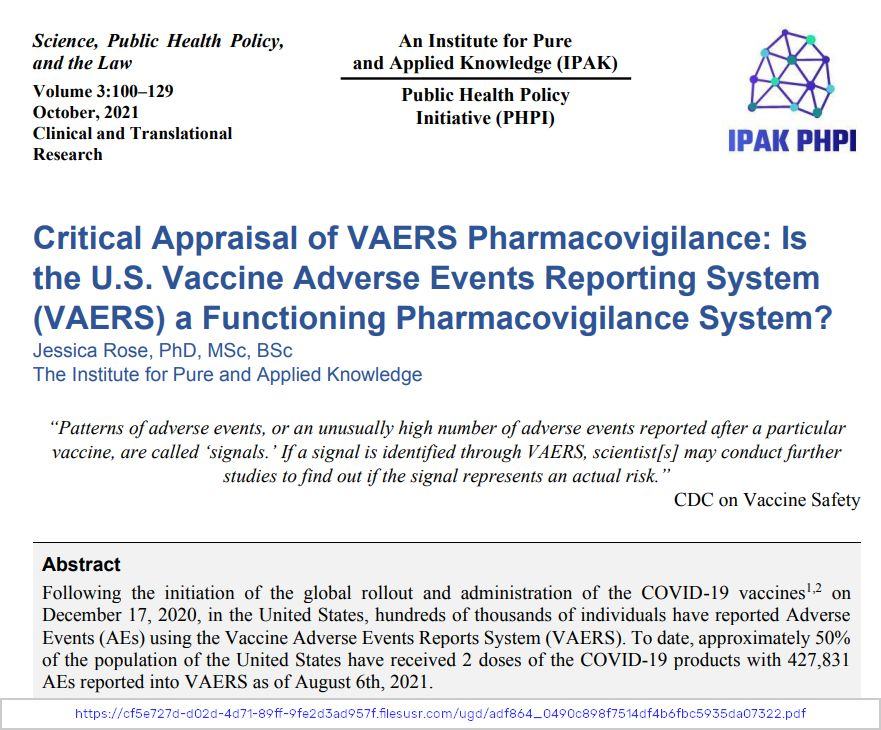 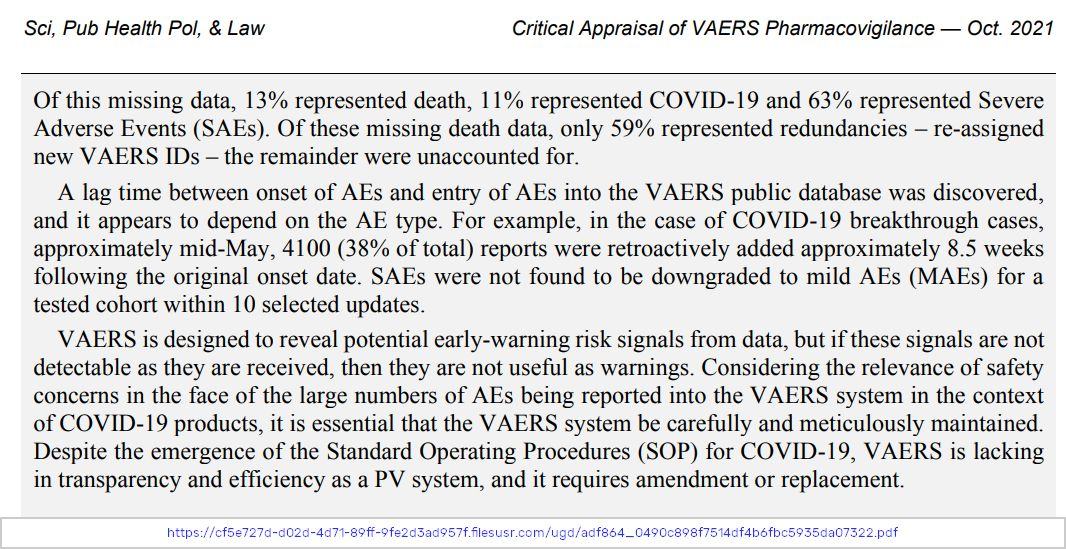 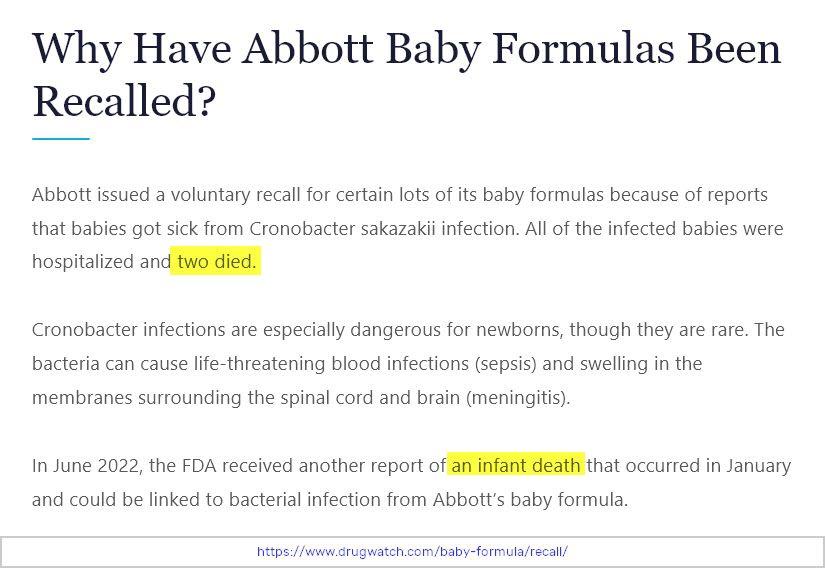 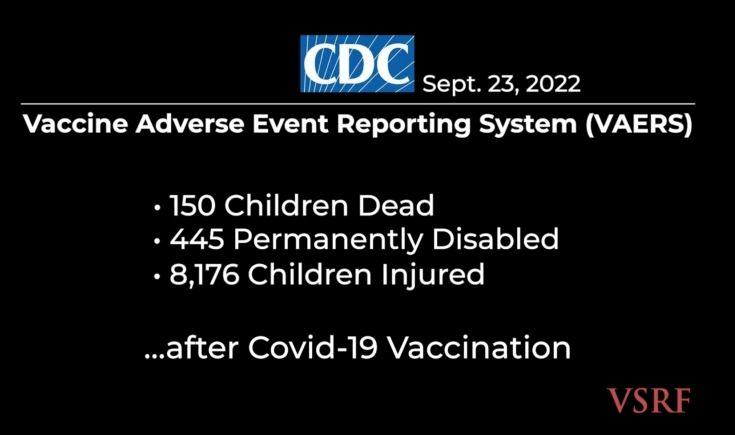 “Abbott issued a voluntary recall for certain lots of its baby formulas because of reports that babies got sick from Cronobacter sakazakii infection. All of the infected babies were hospitalized and two died.

Cronobacter infections are especially dangerous for newborns, though they are rare. The bacteria can cause life-threatening blood infections (sepsis) and swelling in the membranes surrounding the spinal cord and brain (meningitis).

In June 2022, the FDA received another report of an infant death that occurred in January and could be linked to bacterial infection from Abbott’s baby formula.” 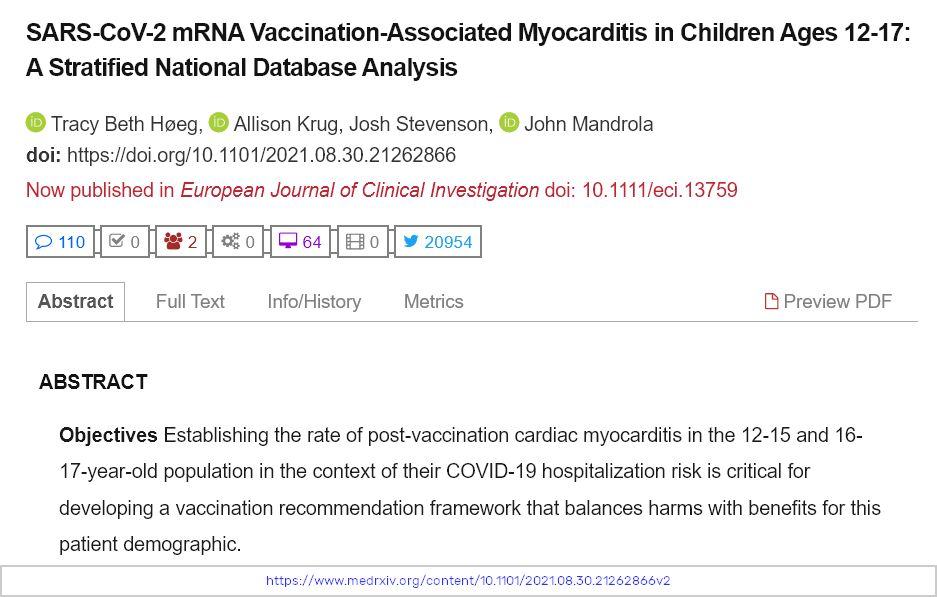 You cannot be hurt when you know that you are master of your thoughts, reactions, and emotions. Emotions follow thoughts, and you have the power to reject all thoughts, which may disturb or upset you.