Home  •  [Dr John B.] What’s In The Vials? (Nanotechnological Whitepaper)

[Dr John B.] What’s In The Vials? (Nanotechnological Whitepaper)

Dr John B has a closer look at the Nanotechnological investigations on Covid-19 vaccines white paper on vaccines’ compositions anonymously uploaded by The Scientists’ Club.

(1/n) A recently anonymously uploaded report documents the presence of unknown particles in the #CovidVaccines. I took a closer look.

(2/n) Unfortunately, the report does not meet scientific standards in terms of analysis & description of the results. That is a great pity on this important issue. However, some of the results are interesting & should motivate further analysis without delay.

The following are the TEM images & EDX spectra of the particles found.

(4/n) A particle or an agglomeration of nanoparticles. It consist primarily of carbon & oxygen. (The sodium & chlorine is from the saline solution). According to the authors, it could be graphene. Unfortunately, no X-ray crystallography was performed to validate the finding. 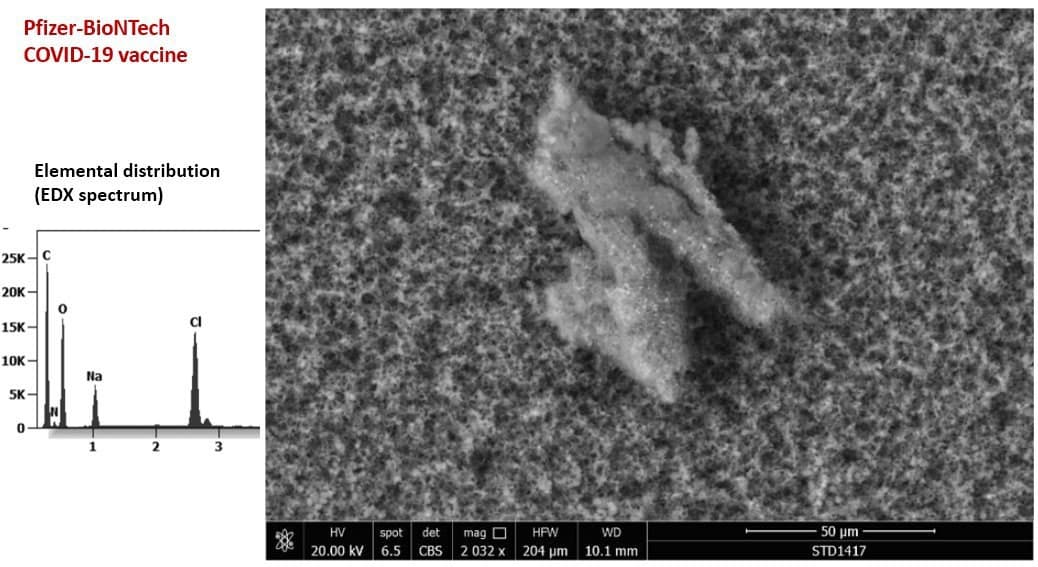 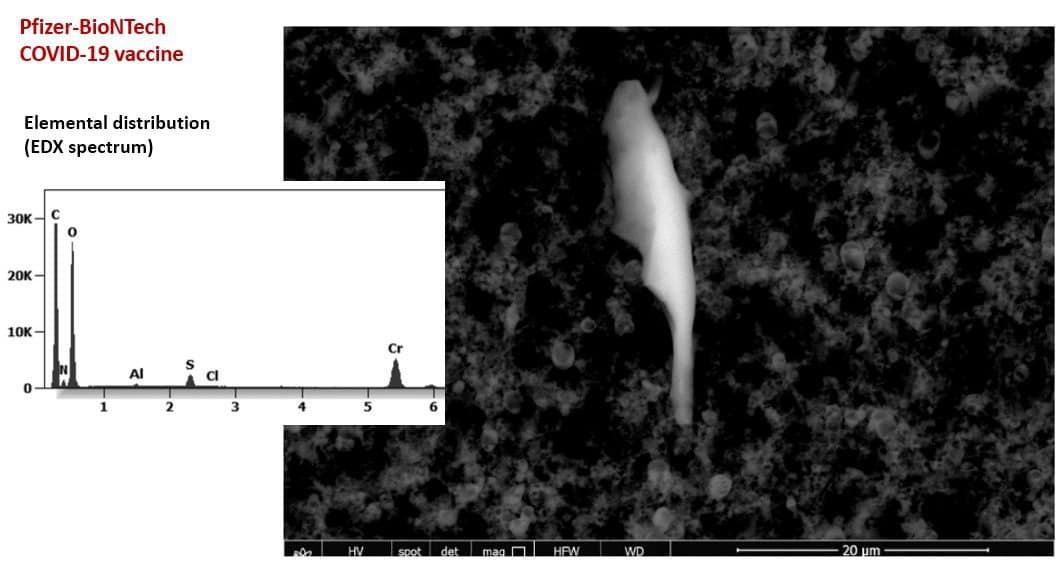 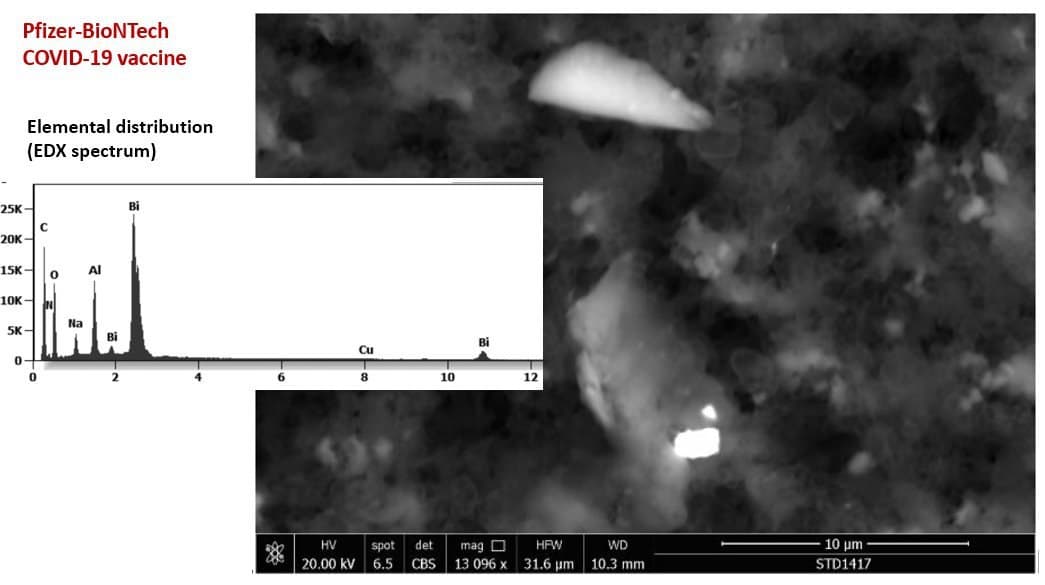 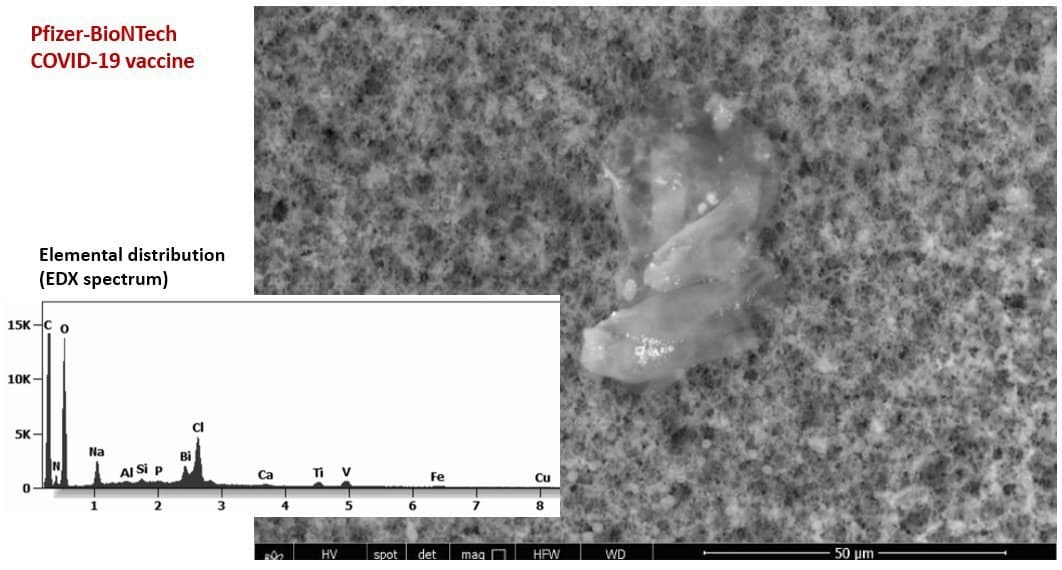 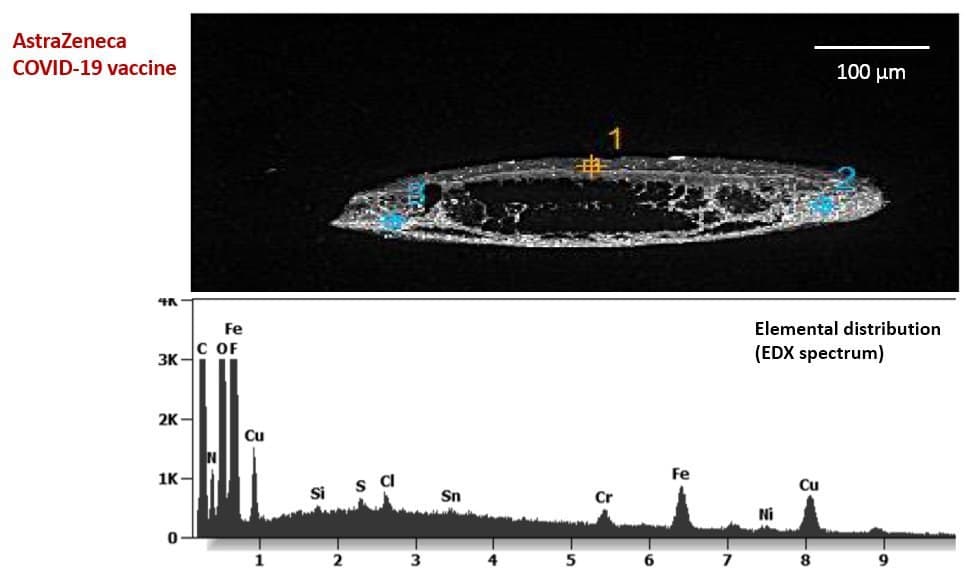 (10/n) An organic-inorganic aggregate of particles composed of stainless steel, glued together with a “carbon-based glue”. Based on the chemical composition, the aggregate will be magnetic. 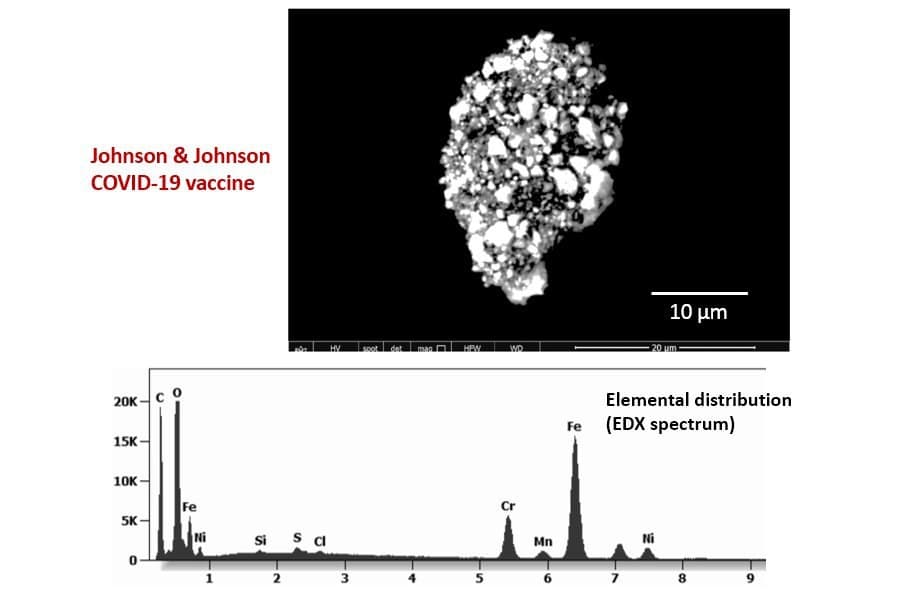 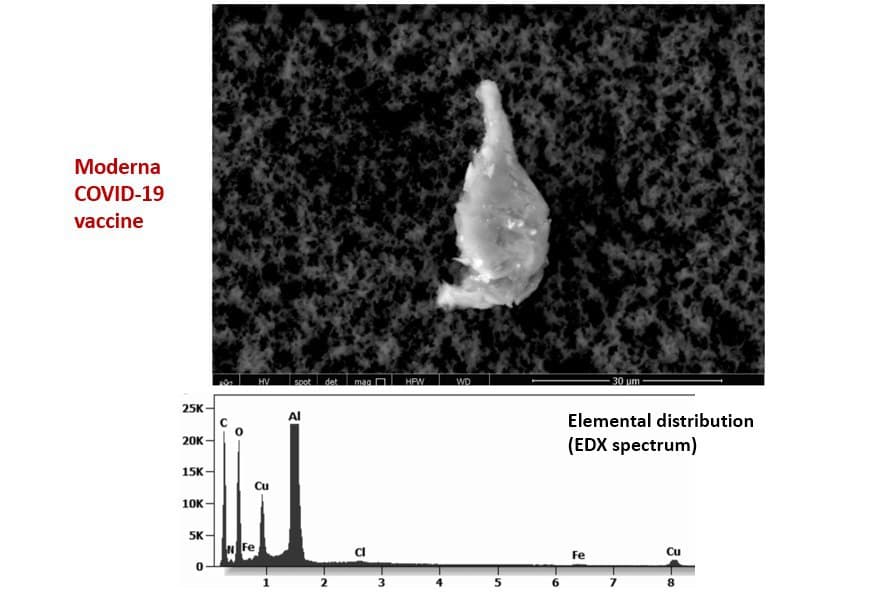 (12/n) Particles of spherical morphology with some bubble-shaped cavities and composed of silicon, lead, cadmium and selenium. 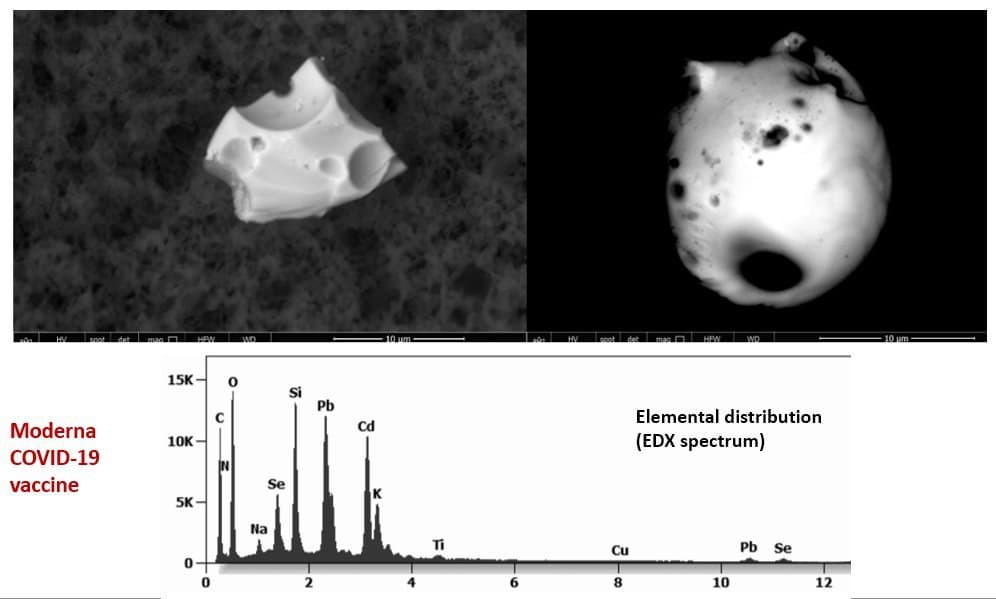 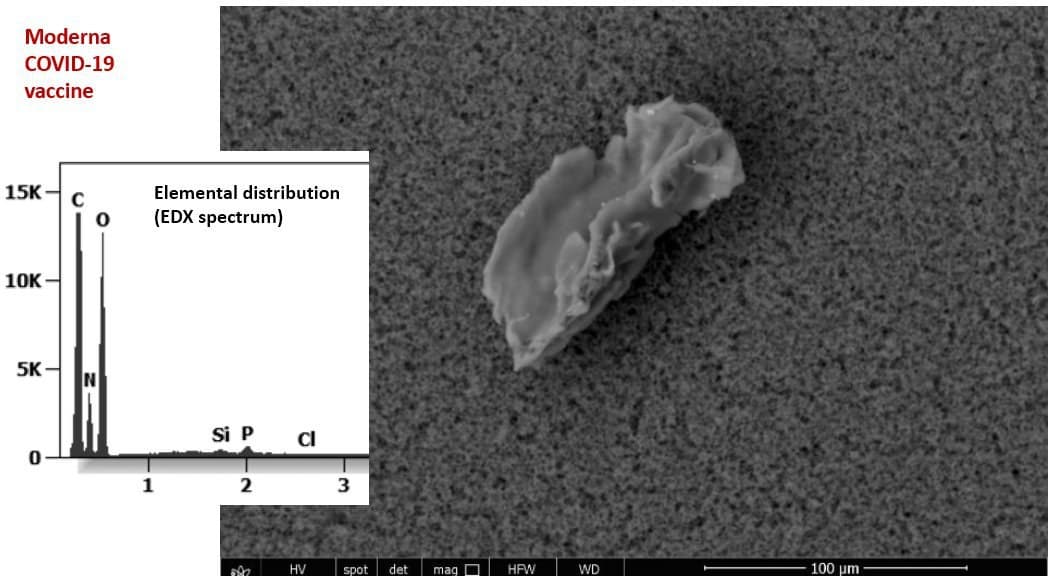 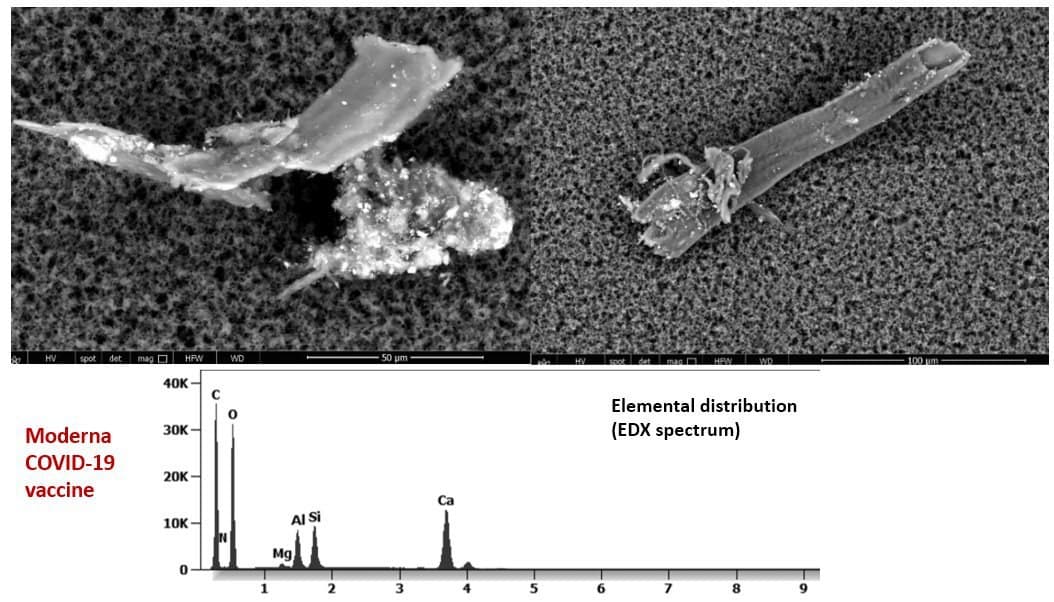 (15/n) X-ray fluorescence spectroscopy of the AstraZeneca vaccine identified the presence of histidine (an amino acid), sucrose, PEG & ethylene alcohol. (Only the presence of PEG is declared in the data sheet). 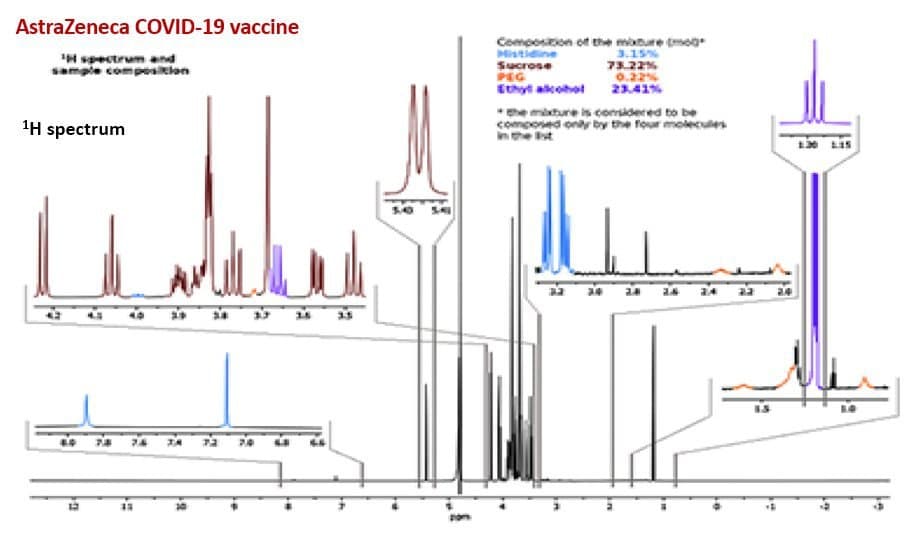 Multiple particles of different elemental composition were found in the CovidVaccine samples. Some of them could be cadmium selenide quantum dots, graphene or metallic particles made from stainless steel.

They should not be present in the vaccine.

The report lacks information about the amount of particles found in each vaccine sample. Also no in-depth analysis was performed if the types of particles are different for the various #CovidVaccines. X-ray crystallography was also not performed.

The results of the analysis are disturbing. The exact nature, concentration, origin and biological relevance of these particles must be clarified urgently! The quality role of manufacturers and regulatory authorities is insufficient.

Why are these particles in the vaccines?

All three possibilities would be of concern.

Comprehensive investigations should now follow to rule out possibility 2.

Study: A New Method Based on Electron Diffraction for Detecting Nanoparticles in Injectable Medicines

(20/n) The unexpected presence of particles in vaccines (other than the #CovidVaccines) has also been reported by other researchers. 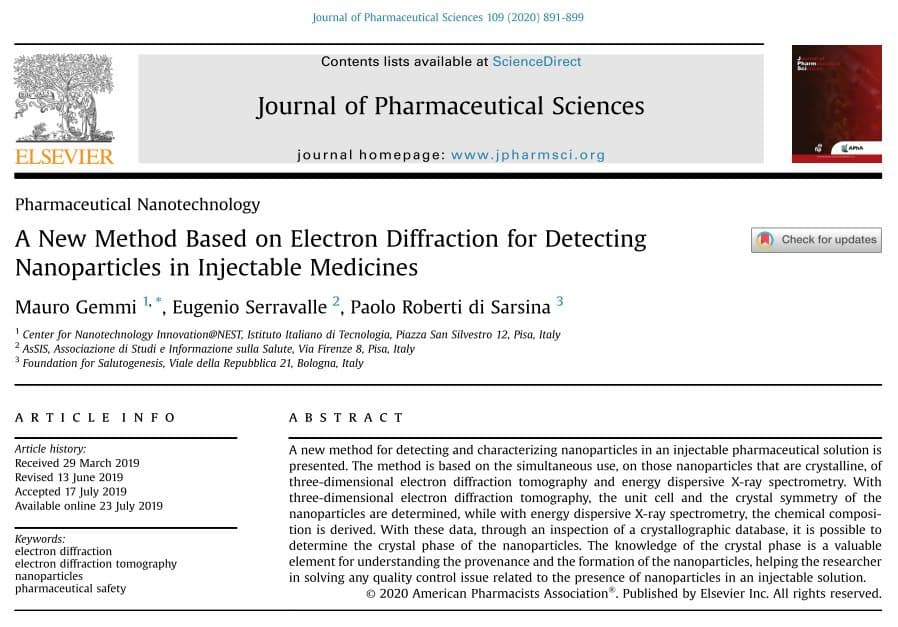 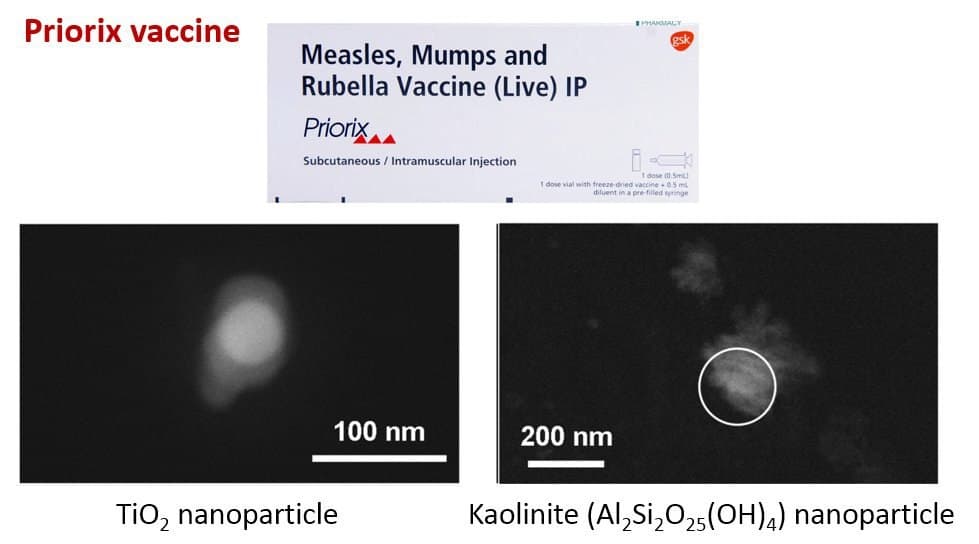 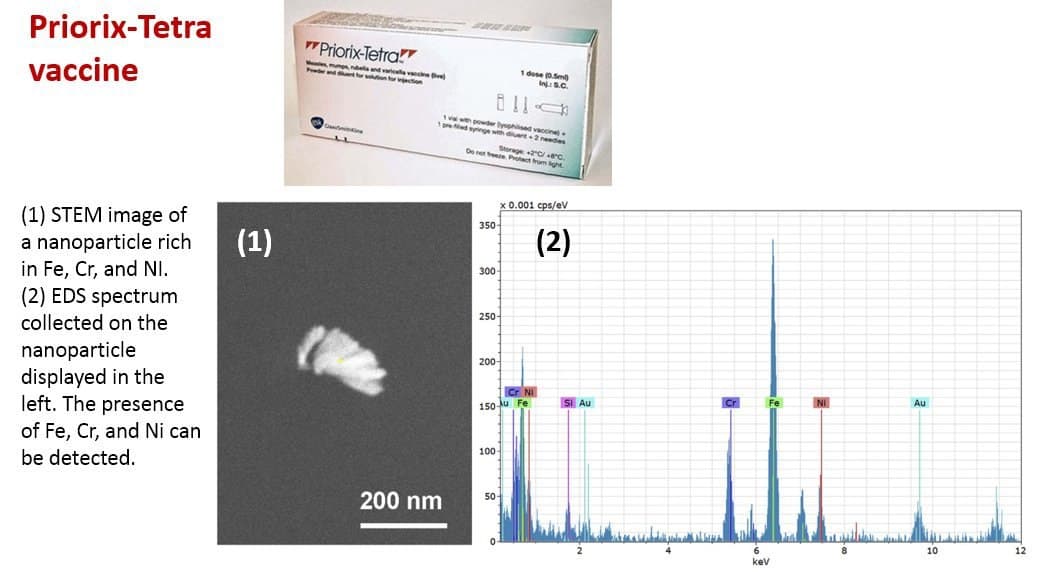 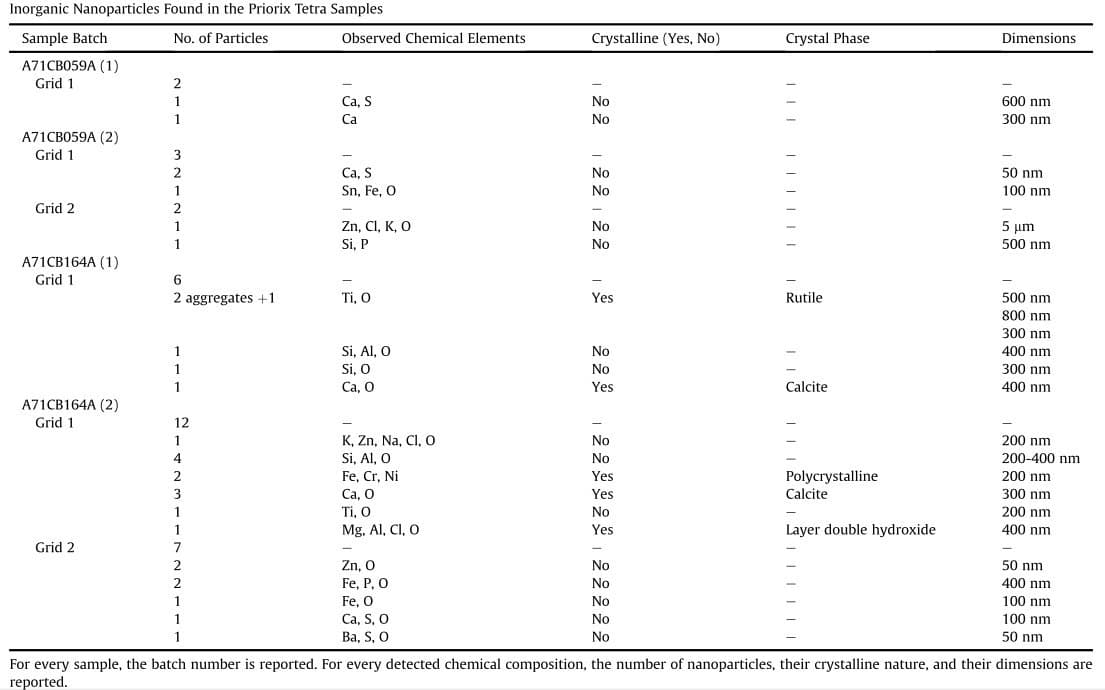 (25/n) ” … when nanoparticles are … accidental in an injectable solution, their fate could cause injurious responses at the cellular, subcellular, and protein levels and they become important in the safety evaluation of a pharmaceutical product.”

(26/n) These kind of contaminations present in vaccines were reported also by another research team. (03) 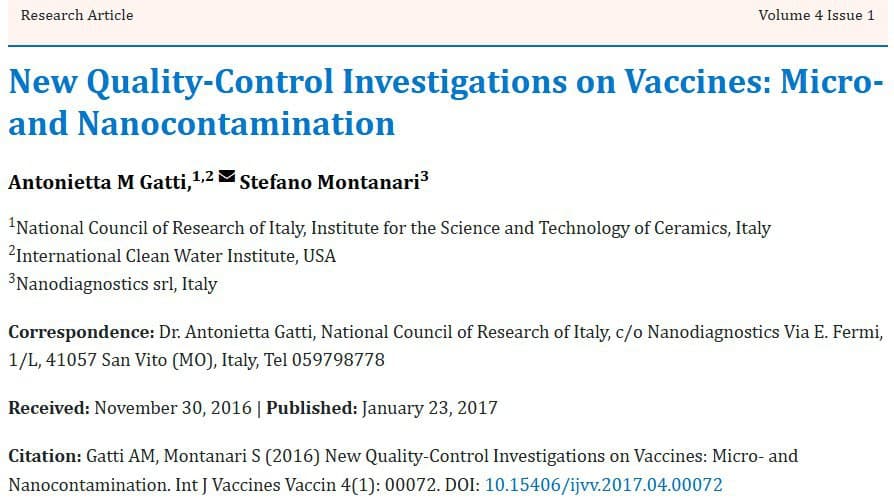 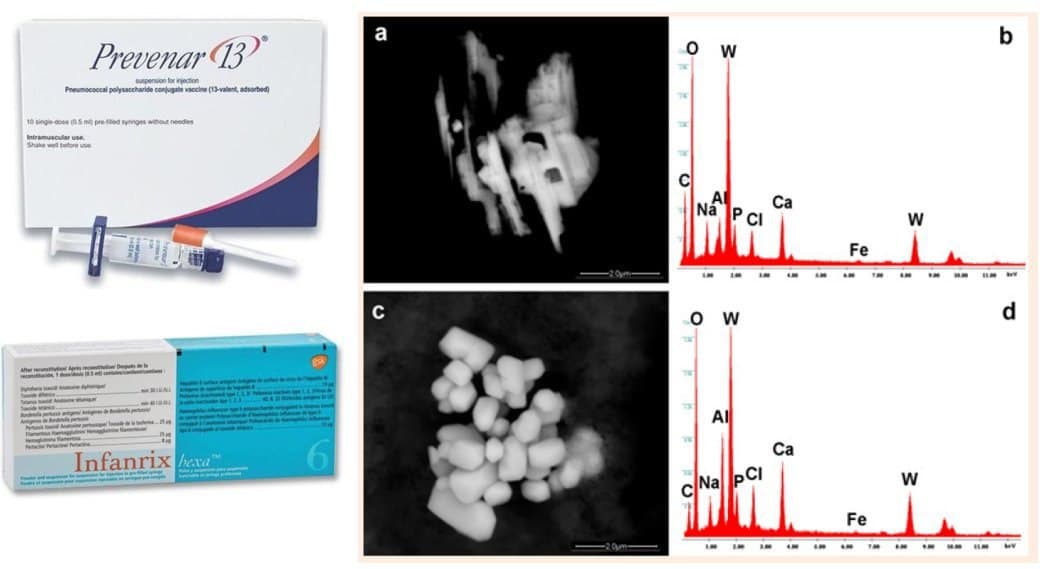 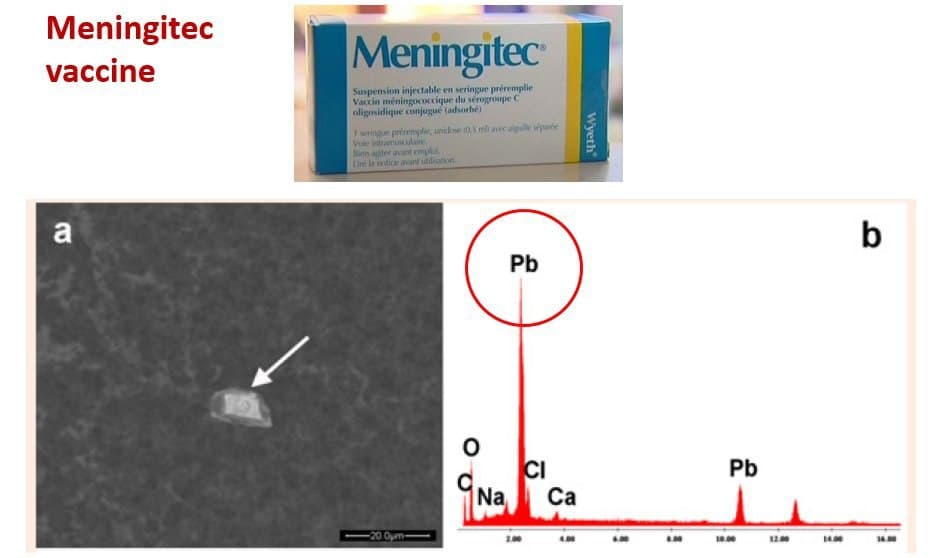 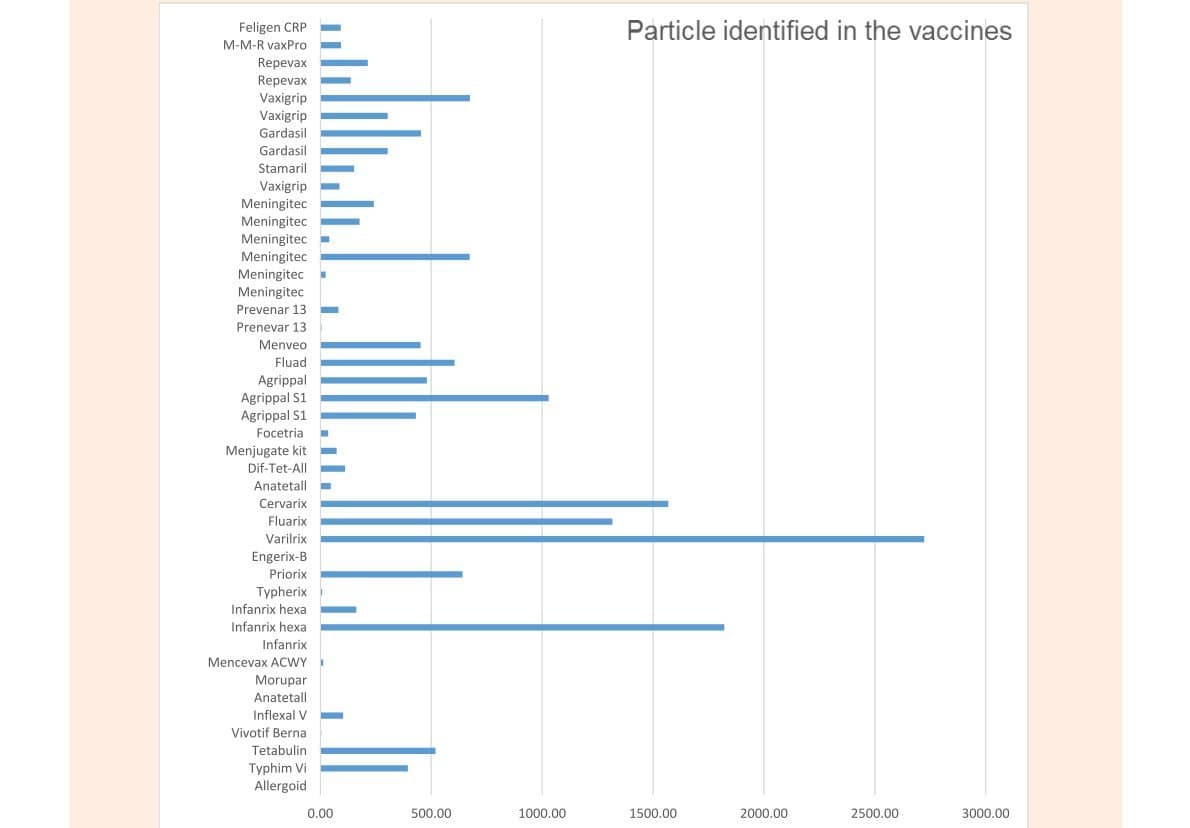 (27/n) Nanoparticles rich in tungsten and also aluminium were found in the Prevenar and Infarix vaccines.

(28/n) Nanoparticles consisting mainly of lead (Pb) were found in the Meningitec vaccine.

(29/n) The nanoparticle concentration identified in a 20 µl drop of every vaccine tested.

Things are created in the mental or spiritual world before they appear in the outward act or event. By the simple process of governing our thought forces today, we help create the events which will come into our lives in the future, perhaps even tomorrow.