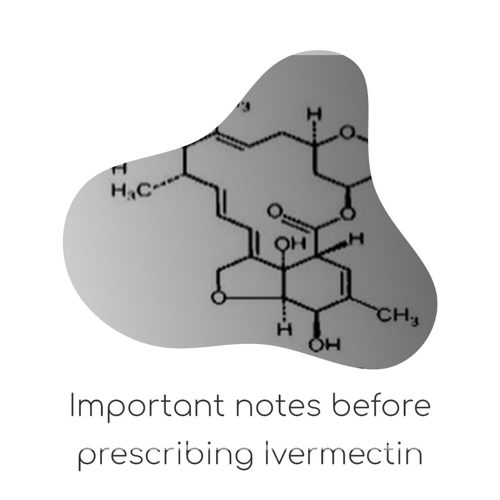 I have performed a deep search for bringing to you some basic facts which might shape your Approach towards Ivermectin application in CoViD-19 patients. Unfortunately, majority of the studies I found were done on animals (not surprising as Ivermectin is widely used in veterinary medicine). I will not quote here precise numbers, since those were largely dependent on doses, animal species and measurement methods. Approximate values for human subjects, however, are mentioned when needed.

Rather, I will give you here the essence of what I have concluded from these studies.

I can’t quote here all sources, yet I provide a few examples. I used search strings of “Ivermectin serum tissue distribution”, “Ivermectin half life” “Ivermectin metabolism”, Ivermectin side effects” and “blood-brain barrier”. I would appreciate very much if you could add your own search data, personal observations and suggestions to this topic.

Notes from the comments section:

Also check Drugs.com for any known interactions with your specific medication

Update 5th June, 2021: Dr Mobeen Syed has just uploaded a video containing many questions people had about Ivermectin specific to certain underlying conditions. I think this post is a useful post for that discussion.

And he has another Ivermectin video for dosages.

The ideas that you hold, prescribe your experience of what is to follow.