Herman Gref, is the CEO and chairman of the executive board of Sberbank, was the Minister of Economics and Trade of Russia from May 2000 to September 2007, and is a WEF puppet—er, trustee.

(WEF would have you believe they’ve cut ties in recent days going “team Ukraine”; pffft “as if”).

Dr David Martin (C19 Patent Whistleblower) has listed Gref as one of the 36 individuals responsible for killing humanity.

Sberbank’s largest shareholder, as of 2020, is the Russian government.

Sberbank is the sole supplier of Sputnik V in Russia. (details below)

Sberbank—er, the Russian government—er, the New World Order, are also introducing biometrics, where people can buy their groceries via “facial recognition,” and are now introducing “thermal imaging detection” in schools, and the CEO stated he is closely following China‘s “success” (one can only assume he means the CCP’s success with its social credit system and other great totalitarian ideas for the dictators/psychopaths of the New World Order). 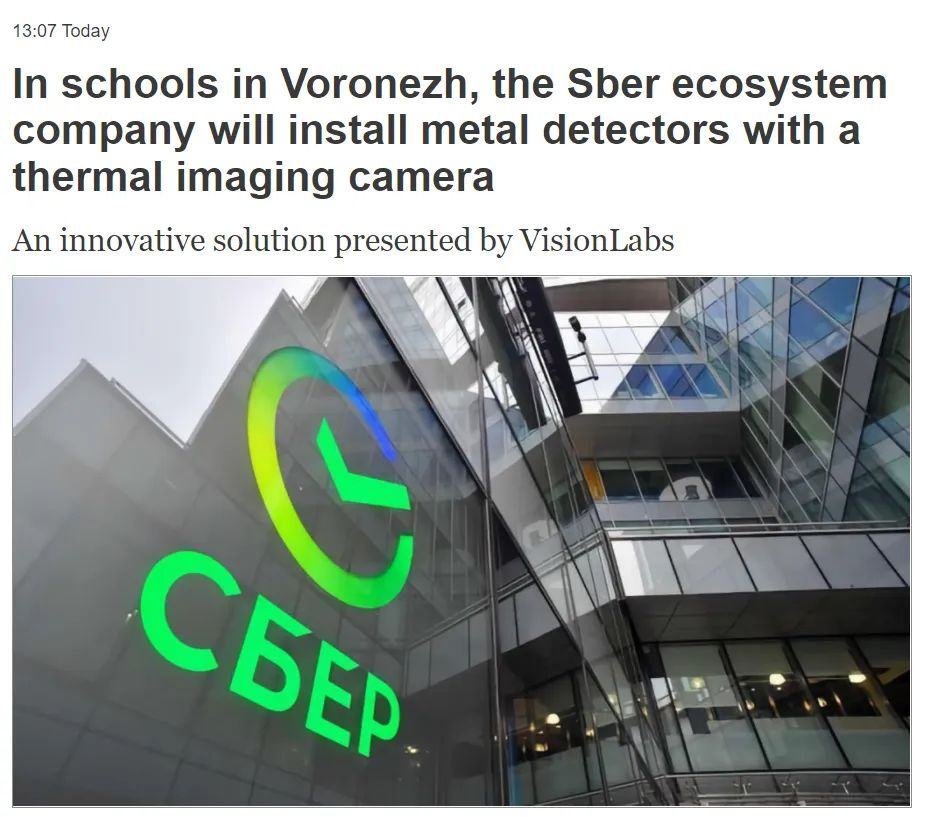 Sberbank also participated in Cyber Polygon, the global cyberattack tabletop, and, together with the WEF, own BI.ZONE, which manages the Cyber Polygon project.

Welcome to the new world order. Where the bankers own and control every aspect of our lives.

So what’s the thermal imaging for? Weapons? Or “the mark“?

Herman Gref, Sberbank CEO, member of the board of trustees of the World Economic Forum, reminding the panel of the millennia-old tradition of shielding the truth from the untrustworthy masses.

“How do you manage them if they are self-sufficient? People don’t want to be manipulated when they have knowledge. How to manage such a society where everyone has equal access to information and everyone has the opportunity to receive directly unprepared information through government-trained analysts, political scientists, and huge machines that are lowered on their heads, the media. Any mass management implies an element of manipulation.”

All the world’s a well-orchestrated stage/clown-show.

Sberbank is the sole supplier of Sputnik V.

Sberbank played a key role in the genesis of Sputnik V (Russia’s COVID jab). They registered a subsidiary, Immunotechnologies LLC in May of 2020, and then, as luck would have it, a “secret government order” reportedly issued by Prime Minister Mikhail Mishustin in December 2020 designated Immunotechnologies as the sole supplier of Sputnik V to Russia’s regions.

(I’m sure that the CEO having political connections, and the Russian government being the largest shareholder of Sberbank, and the WEF-NWO connection — was just a lucky coincidence)

(I wonder if the Russian people are as naïve, drunk-on-fear, or hypnotized from the media-lies as some of the people in my hometown, or if they have a lot more experience with totalitarian dictatorships and propaganda?)

It seems Russia’s lockstep-democide-campaign, was the same as the rest of us:

Verbatim Transcript of above Video

I want to tell you that you say terrible things in general.  What you say makes me scared. Why? You propose to transfer power in fact to the hands of the population. But you know, for many thousands of years this problem has been a key one in public discussions. And we know how many wise heads thought about this topic. At one time, Buddhism was born in this way: the great heir to one of the richest families in India went to the people and was horrified at how badly the people live, and he tried to help the people, he tried to find the answer, what is the root of happiness, how to make the people happier. He did not find an answer, and as a result, Buddhism was born, in which the key ideology that he laid down is the rejection of desire, he did not see a way to realize these desires. People want to be happy, they want to realize their aspirations, and there is no way to realize all desires.

The great minister of justice of China, Confucius, started as a great democrat, and ended up as a man who came up with a whole theory of Confucianism, which created strata in society, and great thinkers like Lao Tzu came up with their theories of Tao, ciphering them, afraid to convey to the common people , because they understood:  as soon as all people understand the basis of their “I”, they self-identify, manage, that is, manipulate them, it will be extremely difficult.

People don’t want to be manipulated when they have knowledge. In Jewish culture, Kabbalah, which gave the science of life, was a secret teaching for three thousand years, because people understood what it was like to remove the veil from the eyes of millions of people and make them self-sufficient. Any mass management implies an element of manipulation. How to live, how to manage such a society where everyone has equal access to information, everyone has the opportunity to receive directly unprepared information through government-trained analysts, political scientists and huge machines that are lowered on their heads, the media, which are, as it were, independent, but on do we really understand that all the media is still busy building, maintaining strata? So how do you live in such a society? To be honest, I’m scared of your reasoning. It seems to me that you do not quite understand what you are saying.

* St. Petersburg International Economic Forum – Annual Russian business event for the economic sector, which has been held in St. Petersburg since 1997, and under the auspices of the Russian President since 2006. Each year, more than 10,000 people from over 120 different countries take part. The Forum brings together the chief executives of major Russian and international companies, heads of state, political leaders, prime ministers, deputy prime ministers, departmental ministers, and governors.

If we do not address issues with someone we’re close to, they can continue to haunt us even after the other person has died, and though it is possible to achieve resolution after the event, it is much easier and more powerful to do so while they are still alive.