Urgent! Austria is now no longer in charge of its own media! EU is the new #ministryoftruthUS and EU are following #China https://t.co/u0oELAoi0a

Here in Austria we are seeing exactly the same thing, but even worse, it’s not the Austrian government that is deciding what is ok and what is not ok – it’s the European Union deciding it.

So the Austrian parliament, passed a law which says that whoever spreads media which is sanctioned by the European Union (global elites), pays a fine up to 50,000 Euros.

Obviously the official cause for this, is that Russian propaganda media is not allowed to be spread, but we all know what this will lead to.

So, in the law itself, and I’ll post a link to the law, it’s in German, but I will post it below. You can read that it says that whoever spreads media which are sanctioned by the European Union pays a fine up to 50,000 Euros.

This would mean that if an Austrian medium – like let’s say the biggest newspaper of Austria, is on this list, then we as Austrians have to pay 50,000 Euros to spread media information by an Austrian media in Austria.

All my fellow Americans who are right now looking at the Biden government in disgust and are saying that they do not want the “Ministry of Truth” to come to their own country, I want you to know that the same things are happening in the European Union right now as well.

The Austrians, just like this – handed over one of the most important aspects of political culture to the European Union!

The European Union now has the right to censor whatever they want.

This is terrible. So I urge you all, spread this video, and spread this information to everyone, so everyone knows what’s going on right now here in Europe – we are definitely going to fight against it, and as our fight against the coronavirus and we managed to achieve a lot, we’re very happy, and very confident that we’ll also achieve a lot when it comes to this aspect, but we have to remind ourselves, in these crazy times, everything can happen. So I ask you, all the followers, spread as much information of “good” media outlets and “good” newspapers as much as possible. Try to ignore the terrible and corrupt mainstream, and try to show the state and the government that you know as free citizens what you read, and that you want the choice over what media you want, and not corrupt government, European Union, or non-elected groups of politicians. 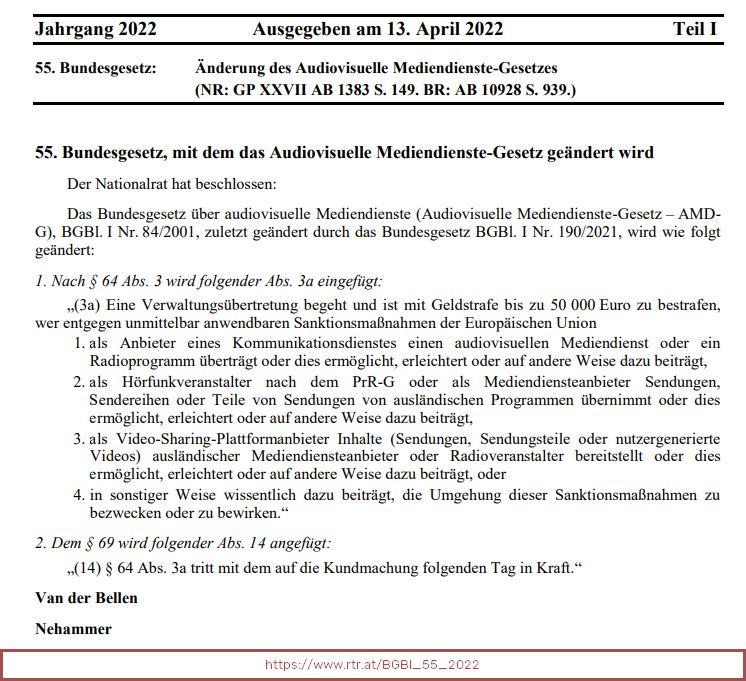 Do one thing to move you forward daily.