A 2018 report says this 2002 patent describes a plan to identify, tag, track, and control literally everything on the planet. The patent is full of “deliberately confusing legalese,” but it basically gives the patent owner full remote-control of all moving objects on earth, including people.

“Their unquestioned plan is to embed micro-electronic control devices, either surgically or by injection, in every human being on the planet. To them, it’s all about ‘management of the world’s resources’, including you.“

Report connects this patent to:

This post does not go over their evidence, because they’ve done brilliant job with their own reports that you can view or download:

The eventual patent focused on the “benevolent” use of the remote control of aircraft, but also subsumed control of vehicles, ships, equipment, commerce, education and people.

This invention, a Protected Primary Focal Node PFN is a Trusted Remote Activity Controller TRAC and mobile communication router platform that provides accountable remote and robotics control to transportation vehicles by interfacing with the vehicles E/E systems. It connects each vehicle either on the earth’s surface or near the earth’s surface with application specific intranets for air, sea and land travel, via either host commercial servers or agency providers through wireless communication gateways and then further interfaces these vehicles in a larger machine messaging matrix via wireless and IP protocols to further coordinate movement assess and manage equipment use and impact on the world resources, societies infrastructure and the environment. (02)

People are labelled “wet-ware” in this patent. 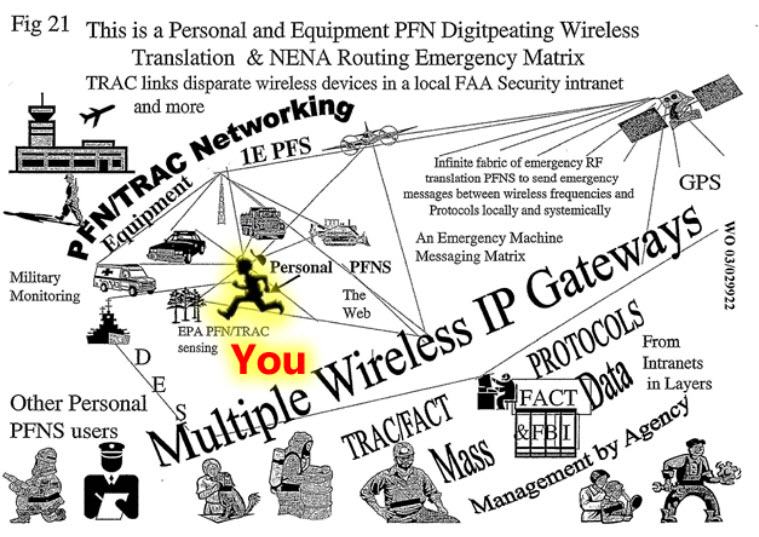 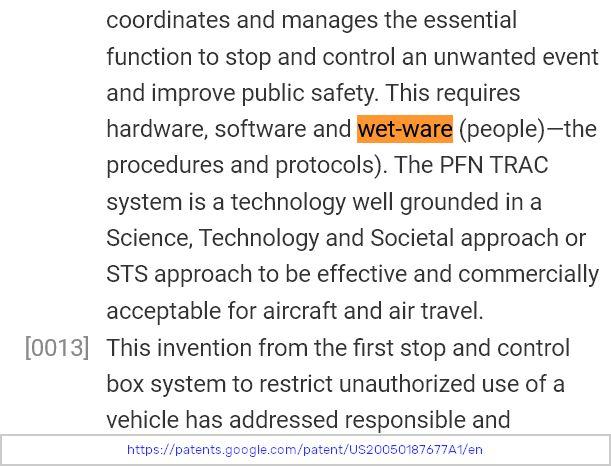 The patent is full of “deliberately confusing legalese” but it basically gives the patent owner full control of all moving objects on earth, including people. 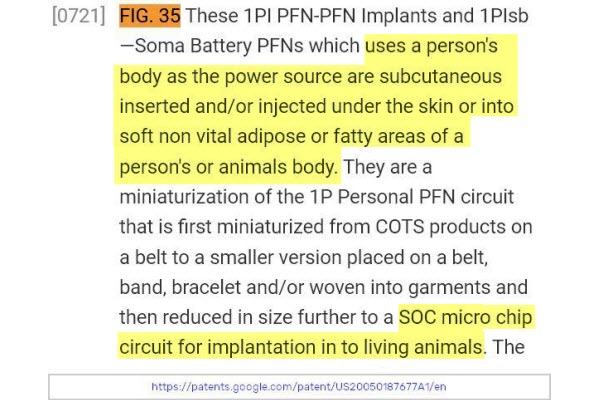 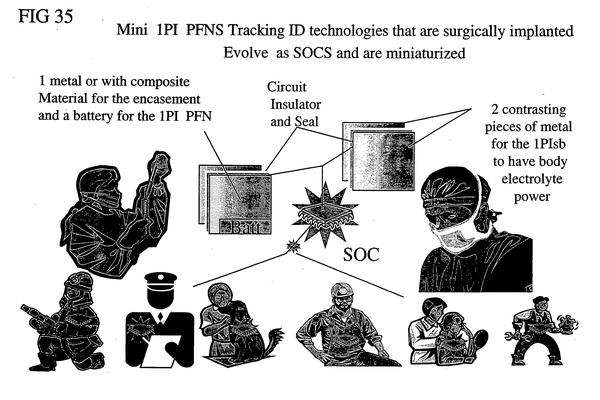 The Big Brother patent that controls everything:

As a bit of background, McKibben claims that his company developed the source code for what became the foundation of all social media; stolen in 2000 and weaponized into a scalable way to control the entire Internet and before being handed over to what would become their controlled social media giants like Facebook, Twitter and Google, etc. You can read the massive evidence file they’ve researched over many years here on their website or download PDF (50mb) or watch the video summary. Michael McKibben’s Patent is: US Patent 7139761: View | download PDF.

Other reports by the same crew that you should grab at the same time is:

Notes taken while watching the video:

I haven’t read the whole thing yet, but here are my notes I took as I was scrolling through the patent…

I grabbed the Patents Linked Chemicals from PubChem. (03)

I’m not-so-secretly curious if any of these chemical-structures can be compared to the jab-ingredients (or to any herbicide/pesticide/water compound/food/supplement/medications, etc. or their partners)

I couldn’t fit the whole table in this post, but wanted to highlight something interesting that happened when I downloaded the file as a csv file and looked at it in a spreadsheet:

According to the literature, “PubChem performs an automated process that annotates PubChem records with MeSH terms (by means of chemical name matching), creating associations between PubChem records and PubMed articles that share the same MeSH annotation“. (04) I noticed some familiar names. (so other papers, literature, or any mention of the same chemical formulations in their research and patents).

Obviously haven’t been through all of them because it would take forever and I think the above is true (and for all I know, these chemicals are nothing insidious at all), but of the companies that looked familiar, I took a couple of notes from and noticed some worrisome connections…

I just checked this post via mobile phone and listing these names is just horrible on a phone. Click to expand only if you are on a computer.

The column that doesn’t come up in the html version (only the .csv version) is “sidsrcname“. There’s another column “depcatg” that also only comes up in .csv and it mostly contains the following line for almost all of the chemical structures “Chemical Vendors|Curation Efforts|Governmental Organizations|Journal Publishers|Legacy Depositors|NIH Initiatives|Research and Development|Subscription Services“

Any other videos I find talking about this patent, I’ll list here:

Interesting random things I found whilst searching for more information about this patent:

Your life works best when you love, serve, and flow your loving energy – not from a lower consciousness motivation of “I am helping you,” or “I will save you,” but simply from the awareness that “the universe gave this energy to me and it feels good to pass it along.”