Conversations about COPD (Cold and Flu) 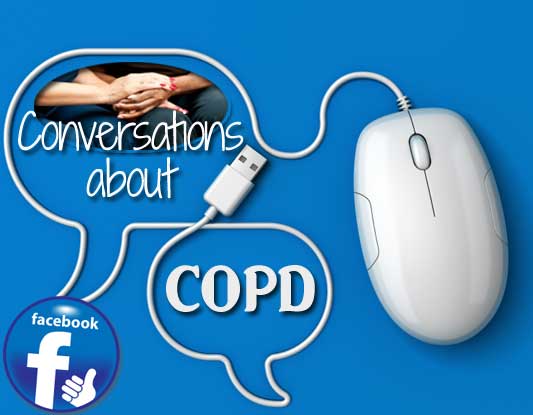 CCM January 17 at 4:16am
Well, I am always the positive one…but I have caught my first horrible cold since I quit smoking 17 months ago. I’m drinking plenty of liquids, taking my vitamins, supplements, etc. So scared it is going to go to my lungs. I am at 43% and before I got that number, I never panicked. Now, I think every cold will be the last one. I am not on O2 and only use spiriva and ventolin. Haven’t needed to use inhaler, but I am a mouth breather today. Making homemade chicken soup. Any suggestions? Just need some encouragement.

MMS Geez January 17 at 4:36am
I know that feeling of being petrified of lung infections and colds. Don’t over do, everything else can wait! Take good care of yourself, have the chicken soup and tea with honey and lemon and sleep. You’re going to be ok its just scary. Hope you are right as rain in no time xx

Penny Butler January 17 at 10:41am
I’m running late for work but I have 2 links for you.. first one is immune-boosting ingredients: https://pennybutler.com/miso-soup-for-a-cold/ (read all the way to the bottom) and the second one is the one that Greg posted last week explaining colds/flu’s which i absolutely loved – your body is purging itself of old/damaged cells – it’s an enlightening read: http://drbenkim.com/cold-flu-difference-health.html (01) (02)

DMH January 17 at 11:54pm
I lived on Miso soup when I had the flu. Just chopped up a baby carrot, a little kale and a green onion and put them in the bowl. Pour boiling water over the veggies and let cook for about 2 minutes before adding the Miso base. You do not want to boil Miso as it destroys the good enzymes in the Miso.

BM January 18 at 12:39am
I guess colds and flu type infections are one of my biggest hang ups . It seems like once I catch a cold its going to end up with repository infection and another two week ordeal. This one of my biggest excuses for not wanting to get out this time of year , its hard not to let crap go and go own and live your life. I have had a lot of thoughts after reading other peoples post and you do not know how much it helps to know your not the only one rowing upstream.

DMH January 18 at 2:59am
I think its the fear that the cold will turn into something else that scares most folks and causes so much anxiety. I know I still feel it even thought I’ve gone almost 2 years now without an exacerbation even though I’ve had the flu twice and one nasty cold. Since I quit smoking and made dietary changes, the colds aren’t going straight to my chest and causing bronchitis and then pneumonia like they used to.

Read my list of Saved Conversations from the COPD Group (04)

Conversations about COPD
Back to top

So if you say “I’ve gotta go… but I’ve loved talking with you – you’re a treasure in my life and I adore you”
In that statement, we’ve said “no” once and we’ve said 3 different positive things and we’ve ended with a positive. They are going to walk away with a positive thing because the ego does not remember the first thing you say, it remembers the last or the thing you said most often.