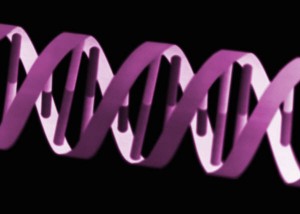 DeoxyriboNucleic Acid, most often referred to by the initials DNA has proven itself as the most significant molecule in the creation of life. It is nature’s or God’s tool. DNA carries instructions for the spiritual, physical, mental, emotional and overall maintenance of each specific animal and/or plant species, most especially human beings.

The molecular structure of DNA needs to be understood in order to comprehend the biochemical pathways that bring on one’s sustained good health or any particular degenerative disease, and certainly cancer. Such cognizance of DNA can lead practicing physicians, oncologists, and other medical researchers to methods of preventing and treating horrific malignancies. His full command of DNA’s form and function had led Dr. Mirko Beljanski to discover that destabilization of a person’s DNA can originate cancerous growth of any type.

The actual discovery of DNA (but not its form and function) is attributed to a physical scientist named Avery (in 1944). But even earlier than Avery’s find, observations, made by Sutton (in 1903), the research of Boveri (from 1902 to 1914) and investigations of others concerned DNA as a genetic material. Relatively little information had been reported by those past scientists, however, and DNA’s major discovery occurred early in the second half of the twentieth century.

In 1953, the three biochemists/microbiologsts Drs. James Watson, Francis Crick, and Maurice Wilkins, building on the X-ray images (crystallographs) created by radiation expert Dr. Rosalind Franklin, unveiled the power and beauty of DeoxyriboNucleicAcid. These researchers with Ph.D’s in the physical sciences (biology, chemistry, and physics) in 1962 were awarded the Nobel Prize in Science for discovering that the DNA structure is a molecular double helix.

Here it’s appropriate to ask the question: What is a Helix?

Answer: A helix could be considered as “a spiral” or “anything twisted” but the English dictionary definition states: “A helix in geometry is the curve formed by a straight line drawn on a plane when that plane is wrapped round a cylindrical surface of any kind, in particular a right circular cylinder as is the curve of a screw.”

In microbiology, the DNA double helix—two corkscrew-shaped strands of protein bound together—is a living portion of every person’s individual cells—the genetic material which is a major constituent of the chromosomes within each cell nucleus. The double helix of DNA looks like a long rope ladder comprised of wooden rungs. If you were to saw down through the middle of these many rungs, half-rungs would be protruding from each rope. The rope actually is a strand of protein—one strand of the double helix carries the species’ genetic code. The other acts simply as a “keeper,” that fits in a complementary manner against the coding strand, except during cell division when the keeper rung performs as a truly critical part in species survival.

Mostly, the DNA double helix plays a central role in the determination of hereditary characteristics by controlling protein synthesis in cells. As stated, the DNA molecule is comprised of two functioning and stable cellular coils—the double helix—created from multiple chains of molecules each chain of which contains information completely specifying a structural formulation of the mechanism by which the genetic information in the organism’s DNA reproduces itself.

So biochemically, DNA consists of two associated polynucleotide* strands that wind together to form the double helix. The two strands are bound together by hydrogen bonds whose opening and closing are susceptible to internal and external influences. When the cell divides in order to create a daughter molecule, the DNA must first replicate. Making exact copies of itself, using a special enzyme called “DNA polymerase,” the replication takes place at rates of between 50 nucleotides per second in mammals to 500 nucleotides per second in bacteria. DNA replication holds the messages of life and all inherited characteristics from parents for every organism on planet Earth.

DNA is the material of genes, complex structures which together constitute the genome. Thus, each gene is a functional unit of heredity that occupies its place on a chromosome and can reproduce itself exactly at each cell division so as to direct the formation of an enzyme or other protein. The gene is a giant DNA molecule containing four bases containing molecules of nucleotides and sugar in the correct sequence to code amino acids of a specific peptide.

Depending on the circumstances, a gene can be expressed or remain “silent.” Genes code for proteins and other categories of molecules present in the cell. The implementation of the message they contain is called “gene expression.” The message is first transcribed from DNA to messenger RNA (transcription), then via the ribosomes (which contain ribosomal RNA) the message is translated into proteins with the help of transfer RNA (translation).

* Nucleotide: All nucleotides consist of a base linked to a sugar that has a phosphate group attached. Drs. Watson and Crick identified four different DNA bases: adenine (A), cytosine (C), guanine (G), and thymine (T). Cellular DNA may be as long as several hundred million nucleotides connected with proteins

Credits & Source:
Dr Morton Walker [http://drmortonwalker.com/] – Dr Morton Walker, DPM, CCN is the author of 92 books, 14 of which are bestsellers about holistic medicine, orthomolecular nutrition and alternative methods of healing. He is the recipient of 23 medical journalism awards.

Whenever you find recurring circumstances, it is because you are being presented with opportunity after opportunity to work upon these issues until you get it right.