More than 2,200 celebrities and European elites are charged with being “falsely vaccinated against Covid-19” and the CEO of BioNtech says it’s “illegal for him to be vaccinated or be part of a trial.”

CEO of BioNtech says it’s “illegal for him to be vaccinated or be part of a trial.”

Dr Ugur Sahin, the CEO of BioNTech, the biotechnology company that worked with Pfizer to develop the world’s first Covid vaccine, has admitted on camera that he did not get jabbed with a Covid vaccine.

When asked by a reporter from the German DW network why he wasn’t vaccinated, Dr. Sahin became evasive and vaguely claimed that it’s illegal for him to get vaccinated and his company must focus on producing billions of vaccines for others.

The revelation that the man who developed the Pfizer vaccine has not been vaccinated himself recalls claims by Bill Gates’ former doctor that while Gates pushes vaccines on humanity, he does not allow his own family to get vaccinated. 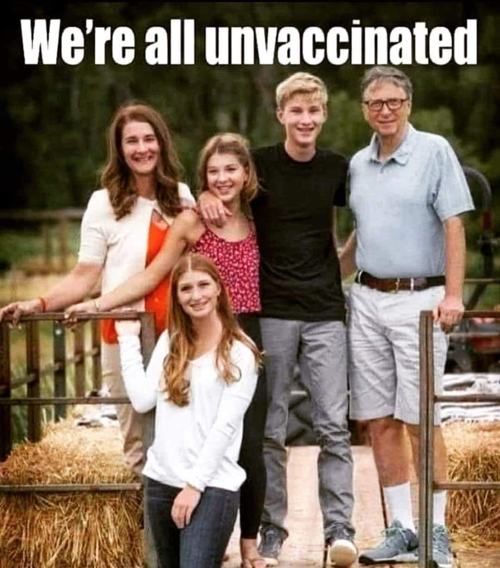 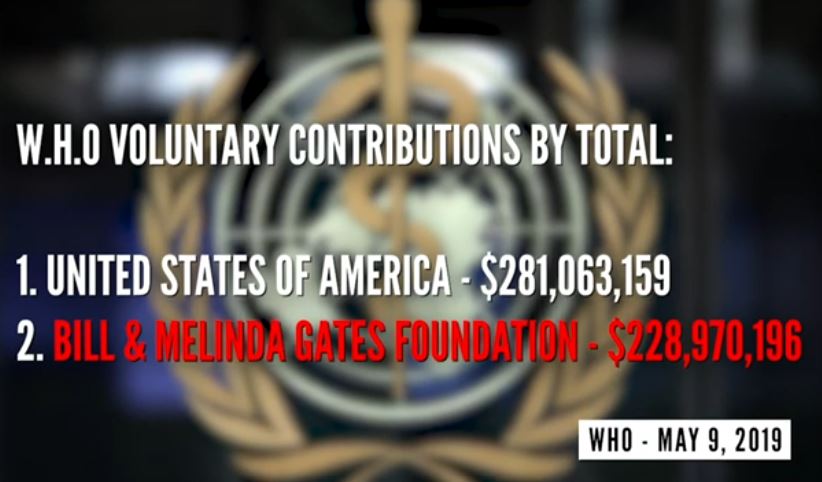 You don’t have to be a body language expert to see that Sahin became very agitated and uncomfortable when the question of why he wasn’t jabbed came up.

And his claim that it’s illegal for him to get jabbed with the Pfizer shot doesn’t add up.

So what’s the real reason Sahin didn’t get jabbed with his own vaccine?

Could it perhaps have anything to do with the fact that he developed the vaccine in just a few hours on his computer in a single day? (01)

But Dr. Sahin — who founded BioNTech with his wife — made a “rough design over one weekend.”

None of this inspires confidence in the vaccines, does it?

Perhaps that’s why the fact checking industry had to poke their nose in and disrupt the flow of information. According to Reuters fact checkers, Dr. Sahin of BioNTech did not admit that he is unjabbed. (03) That’s right. Despite the fact you heard him say exactly that with your own ears, Reuters is claiming that you are wrong, and Sahin himself is wrong, and the BioNTech CEO is vaccinated with his own product, the Pfizer-BioNTech Covid-19 vaccine.

As per usual, the Reuters fact checking team provides precisely zero evidence to back up their wild claims. Despite this, Facebook and other social media platforms will not allow anybody to contradict what Reuters are saying about Sahin’s vaccination status.

Reuters was tapped by Facebook as one of its approved fact-checking groups and given the ability to mark stories on the site as “true” or “false”. While this idea sounds fine in theory, in practice it has had a chilling effect on free speech, while limiting the free expression of truth seekers on the internet.

It is worth remembering at this point that fact checkers are unqualified amateurs who do not hold qualifications as journalists or investigators. Snopes CEO David Mikkelson employed his new wife, an L.A. based high class escort, to work for the fact checking site. The rest of the contributors are bloggers with leftwing activist backgrounds.

These are the people Big Tech has entrusted with policing social media and denying citizens their right to free speech.

Senior fact checker Kim LaCapria even admitted she regularly “fact checks” while stoned. Sure, it may be legal. That’s not the problem. The problem is that fact checking the news is a serious business, and it should be taken seriously by fact checkers – especially now that Facebook and other social media sites have anointed them as watchdogs of all of our news feeds with the power to shadowban users.

Facebook should draw the line at using the services of a fact checking company whose senior staff admit they work while stoned. There is too much at stake.

But instead, whenever stories emerge that are damaging to the establishment, fact checkers are weaponized to bury them by falsely labeling such stories “misleading” or “hoaxes” even if they are completely authentic.

This then serves to justify their censorship by social media algorithms and the targeted banning and deplatforming of anyone who tries to amplify information that fact checkers have buried.

Fact checkers are not impartial, independent outlets, interested in establishing the truth. They are hyper-partisan attack dogs working on behalf of the corrupt establishment. Source (04) 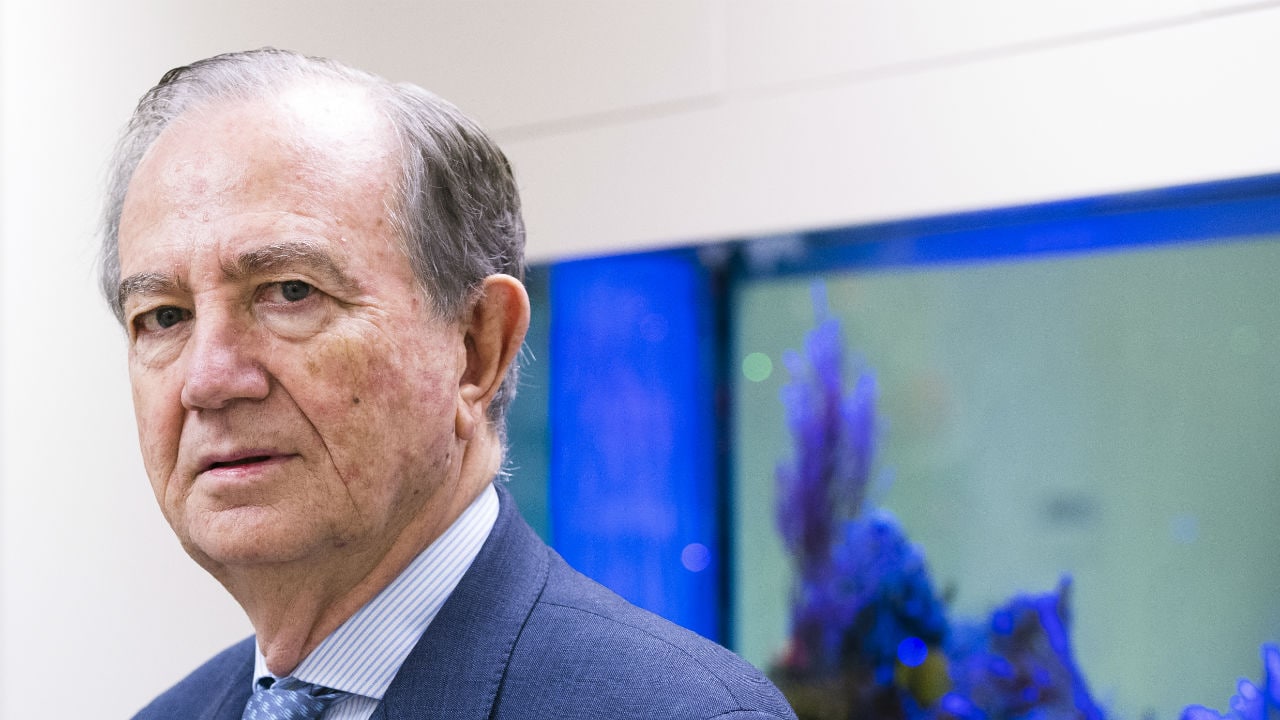 Jose Maria Fernandez Sousa-Faro, president of European pharmaceuticals giant PharmaMar, has been charged by police with being falsely vaccinated against Covid-19. Dr. Sousa-Faro has been caught up in a scandal in Europe involving people being added to the National Immunization Registry in exchange for large sums of money, with many of them familiar faces and household names.

Police allege that Sousa-Faro arranged to be injected with a saline solution instead of a Covid-19 vaccination and paid thousands of dollars to have his name added to Spain’s immunization register, as confirmed by police sources and reported by El Periodico de Espana.

Dr. Sousa-Faro is among more than 2,200 celebrities and European elites on the list drawn up by National Police of those falsely vaccinated against Covid. (05) (06).

2200 Celebrities and politicians got fake jab

The “Jenner Operation” has uncovered at least 2,200 famous people with false Covid-19 vaccination certificates after these were bought from a nurse.

Amongst those that have been investigated are leading singers, musicians, football stars, business people, politicians and top medical personnel.

The scandal involved people being added to the National Immunisation Registry in exchange for money, with many of them familiar faces and household names.

The latest of these to be charged is the President of PharmaMar José María Fernández Sousa-Faro, an IBEX 35 company, and one of the largest pharmaceutical companies in Spain. The company is dedicated to researching drugs including cancer, Alzheimer’s and yes, Covid-19.

The 76-year-old businessman, who has not yet been summoned to testify, was included in the lists to reflect that he had received the third dose.

The leader of the network was a nursing assistant at the La Paz University Hospital, where he is accused of charging more than €200,000 euros for fraudulently registering 2,200 people as vaccinated in the National Registry against Covid-19. He has been arrested and is currently in custody.

Among those accused are Bruno González Cabrera, a defender who played for Betis, Getafe, Levante and Valladolid. Fabio Díez Steinaker in beach volleyball, runner-up in Europe and fifth in the Sydney Olympic Games. The former Valencian boxer and wrestler José Luis Zapater, alias Titín, who starred in more than a thousand fights.

According to the police who are investigating the 2,200 over false Covid-19 vaccination certificates, the fee was dependent on your social standing. The more important you were, the higher the price. (18)

Any relationship can be fixed, and transformed permanently – it is never too late.