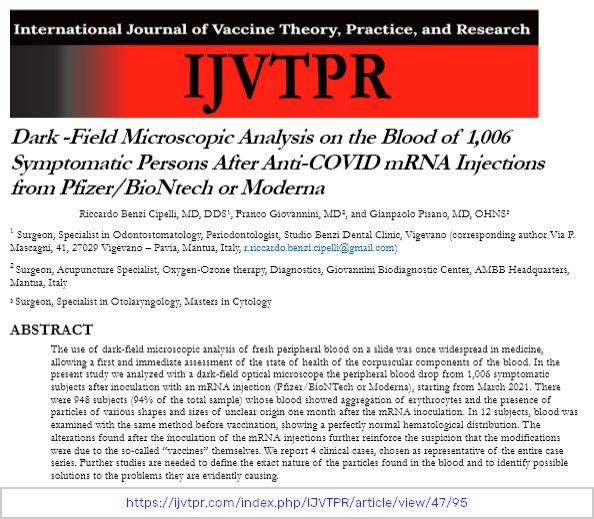 The use of dark-field microscopic analysis of fresh peripheral blood on a slide was once widespread in medicine, allowing a first and immediate assessment of the state of health of the corpuscular components of the blood.

In the present study we analyzed with a dark-field optical microscope the peripheral blood drop from 1,006 symptomatic subjects after inoculation with an mRNA injection (Pfizer/BioNTech or Moderna), starting from March 2021. There were 948 subjects (94% of the total sample) whose blood showed aggregation of erythrocytes and the presence of particles of various shapes and sizes of unclear origin one month after the mRNA inoculation.

In 12 subjects, blood was examined with the same method before vaccination, showing a perfectly normal hematological distribution. The alterations found after the inoculation of the mRNA injections further reinforce the suspicion that the modifications were due to the so-called “vaccines” themselves.

We report 4 clinical cases, chosen as representative of the entire case series. Further studies are needed to define the exact nature of the particles found in the blood and to identify possible solutions to the problems they are evidently causing.

The remaining 94.23% had abnormal blood samples as illustrated in the 4 cases we selected out of the 12 who were normal before receiving any mRNA injections but were no longer normal afterward. For each case, a drop of blood was drawn by pricking a finger and was analyzed under a ZEISS Primostar or LEITZ Laborlux 12 dark-field microscope.

The observation of the blood under an optical microscope in a dark-field took place an average of thirty days after the last inoculation. From a minimum of 5 to a maximum of 20 photographs were taken for each patient examined. All initial observations were made at 40x magnification except for digital 3x enlargements to 120x for certain objects of interest. Measurements were performed with DeltaPix InSight Software.

Of the 1,006 cases analyzed, only 58 (27 males and 31 females), equal to 5.77% of the total, presented a completely normal hematological picture upon microscopic analysis after the last mRNA injectionwitheither the Moderna or Pfizerconcoction.

The vaccines are purported to contain at least the spike protein from SARS-CoV-2 (Nance &Meier, 2021), but is known also to contain foreign particles that the CDC and the many promoters of the experimental injections claimed were not in them at all. Among those foreign components are metallic objects as demonstrated previously in this journal by Lee et al. (2022)which are confirmed in our results as described in the following.

The 4 clinical cases reported below, with photographic documentation revealing strange phenomena in their blood, illustrate the range and types of the anomalies found in the microscopic examination of the blood of 94.23% of the 1,006 cases.

This individual is a male of 33 years, who formerly was an athlete, apparently healthy before inoculation with an mRNA Pfizer injection.

One month after receiving the first dose of the Pfizer “vaccine”, he showed marked asthenia, a constant gravitational headache (i.e., one sensitive to the position and movements of his head and body such that the pain was increased by movement of the head up or down).

The headaches were unresponsive to common pain killers.

Diffuse rheumatic arthralgia with dyspnea on exertion were noted. 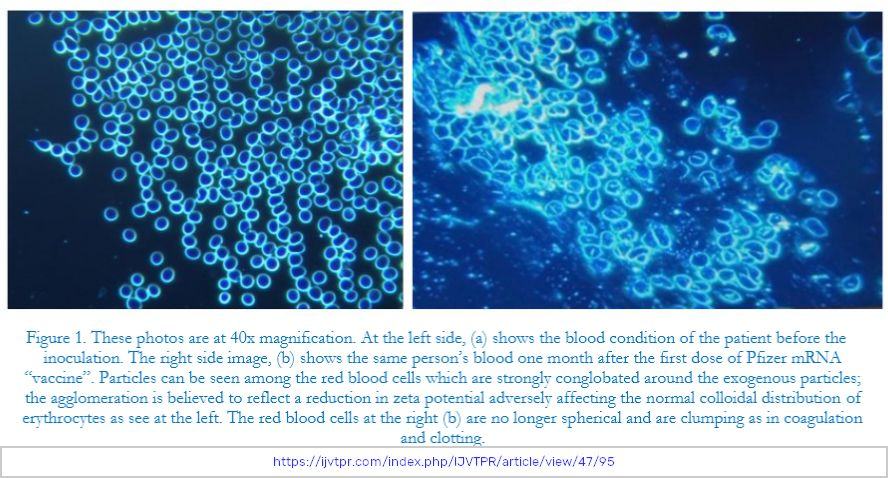 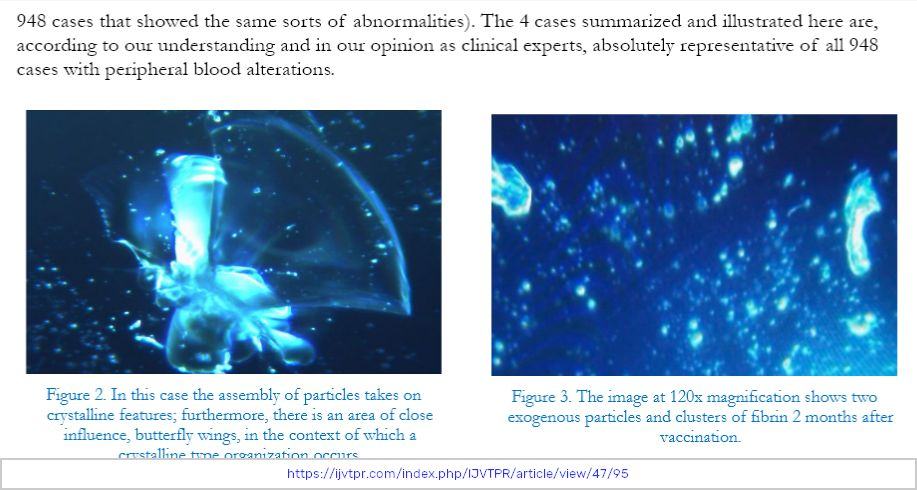 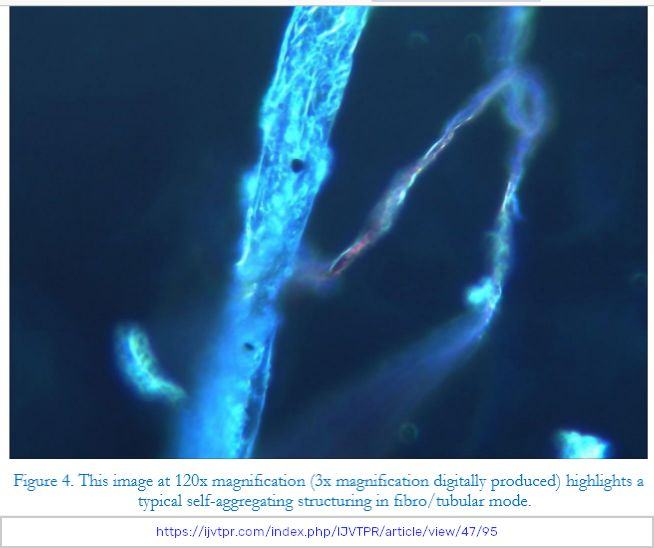 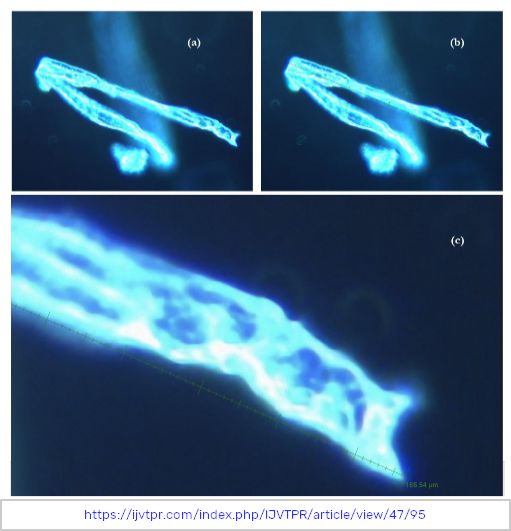 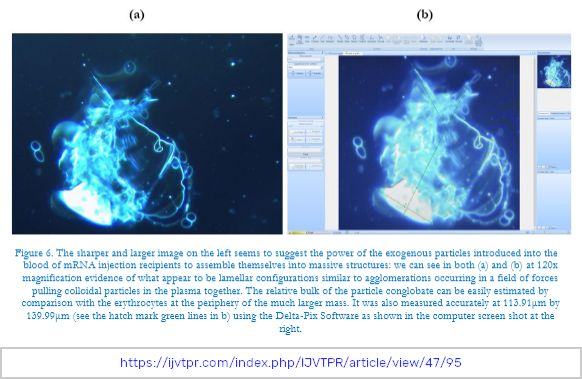 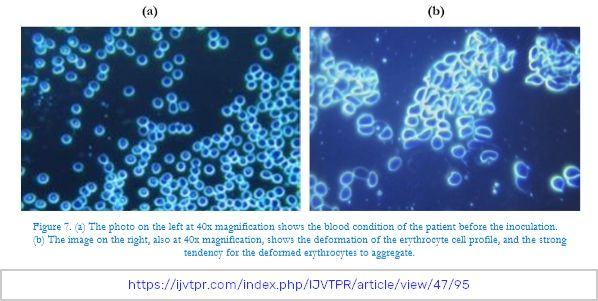 Case 3: 84yo went from unassisted satisfying life to assisted living within a month | Pfizer

This patient, in 2021,was an 84-year-old woman, enjoying managing an unassisted satisfying life with autonomy before receiving any mRNA injections. Her medications at the time included beta blocker, ace inhibitor, diuretic, cardio-aspirin, and a gastro protector.

In 2016 she had been operated on for descending colon cancer without locoregional lymph nodes or metastases. She was declared free from the neoplastic pathology at the 5-year-follow-upin 2021 before receiving any mRNA injection.

In 2020, she was seen for symptoms of a burning mouth that responded to topical treatment; histology was positive for a mixed lichen/pemphigus infection.

She was strongly advised not to be injected with the anti-COVID-19 experimental genetic concoction. This advice was on account of her previous oncological and ongoing rheumatic disease.

In fact, at the second dose of Pfizer, she experienced intense erythroderma of the face and chest, a dramatic intensification of the burning mouth symptoms, unsustainable muscle pains resistant to analgesic therapy. Using capillaroscopy, her rheumatologist diagnosed a form of acute dermatopolymyositis which was confirmed with self-immunity tests.

The symptoms did not respond to 60 mg of deflazacort (used because she was known to be intolerant to Deltacortene, a different form of cortisone) and 10 mg per week of Methotrexate. Later, the rheumatologist suspended the Methotrexate but added 500 mg of Mycophenolate Mofetil 3 times daily to taper down the dosage of cortisone.

A tachyarrhythmia was successfully treated with TAO and Amiodarone; following a cardioversion performed in a stable electric field (3 sessions), rivaroxaban (Xarelto),stabilized with flecainide (Almarytm).Alendronate was added (one tablet per week), cholecalciferol 50,000 IU per month, and folic acidone tablet per week.

Due to abdominal pain a PET scan was carried out andileo-aortic abdominal lymph nodes proved to be positive. A subsequent abdominal CT and MRI ruled out a neoplastic recurrence, attributing the lymphadenopathy exclusively to the worsening of the rheumatic disease which, from a mild form confined to the oral cavity, had evolved into a severe systemic form (polymyositis). Within a month, she was no longer autonomous.

She required a walker, had developed mild renal insufficiency possibly due to an excessive pharmacological load. This escalation, which led to an authentic biological fragility, occurred chronologically later and was probably (according to our informed medical opinions) caused by the mRNA injections.

Our assessment is that by injecting elderly patients who are already contending with multiple comorbidities with the experimental mRNA “vaccines”, previously controlled morbidities are very suddenly augmented in a negative way. 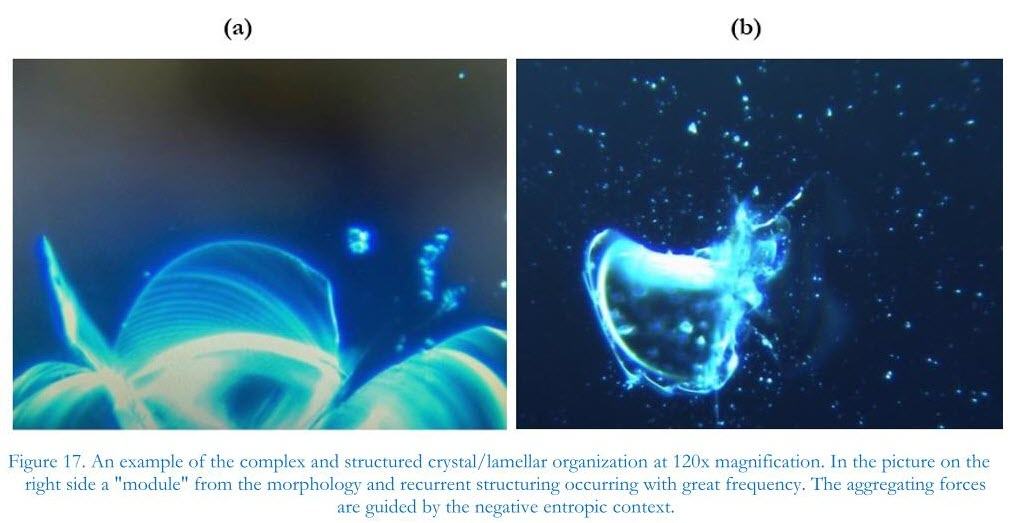 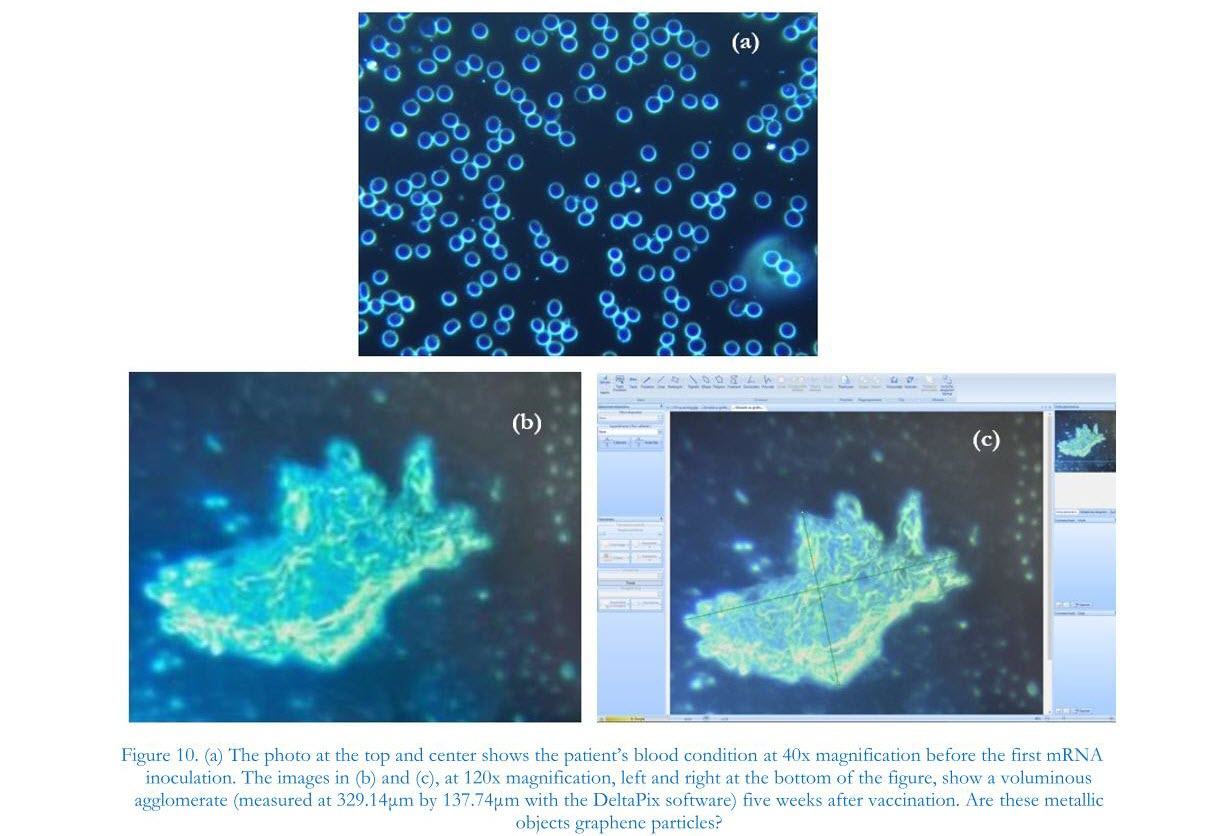 This patient was a 64-year-old male, himself a medical doctor in good health, able to practice martial arts (Ars dynamica CM) involving, among other physical challenges, phases of prolonged apnea (being choked). He was diagnosed with hepatitis A at the age of 10, had a semi-block of the right branch, documented during military service, an episode of benign paroxysmal positional vertigo at the age of 30, with recurrence at 54 and 60 years of age.

To comply with the anti-COVID harassment for medical clinicians, on 17 December 2021 he had the first dose of the Moderna mRNA concoction.

In the following period, significant episodes of tachyarrhythmia were treated with 3 sessions of pulsed electric field. After relapse of paroxysmal positional vertigo (treated with a pulsed magnetic field),he had a peripheral blood test taken which identified the structures that seem likely to be graphenic particles.

On January 30, 2022, the patient’s smear was re-evaluated, after having taken the second dose of Moderna on January 28.

The configurations of the foreign particulate, presumably graphenic particles, were very evident as can be seen in Figures 19 through 28.

From the clinical point of view, blood hyper-coagulability was recorded on the bleeding test; this occurred in a patient who had been rejected from a trial on ticlopidine as suffering from platelet aggregation deficiency (in a trial performed at the Pavia University in 1983) with the advice to use platelet anti-aggregants with caution.

Although the patient had taken 500 mg of aspirin daily for a week, it was not possible to obtain a blood sample from the scarification site. The same problem arose during the finger prick sampling, for the second fresh blood test, when previously he would bleed for hours for example after shaving.

Currently the patient has severe, a persistent and disabling headache, loss of concentration and difficulty in performing even routine professional activities, bilateral tinnitus, an arrhythmic heartbeat, and tachycardic crises. The patient was taking Prisma, a 50 mg tablet per day, cardio-aspirin, Vitamin D3 4,000U.I. per day, and was receiving Pulsed Electrostatic Therapy in 3 sessions each week. 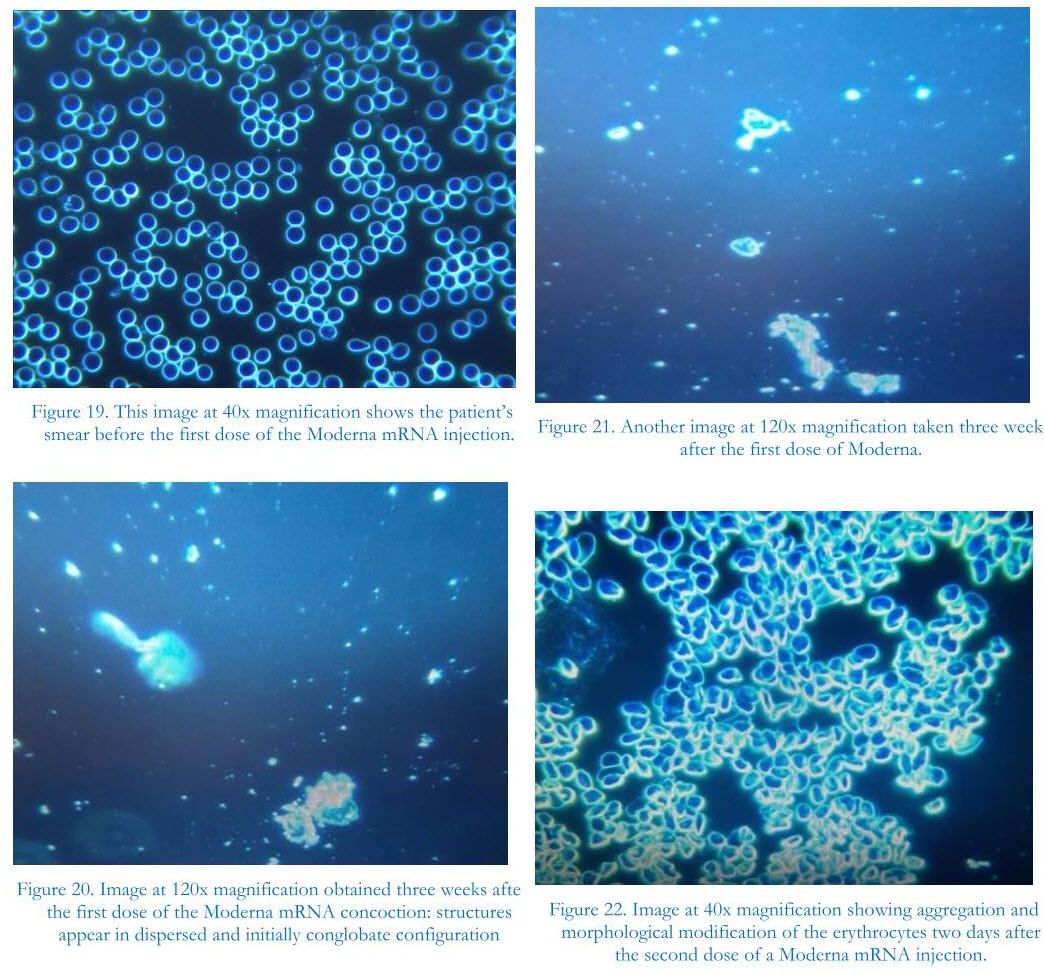 What’s in the Vials? 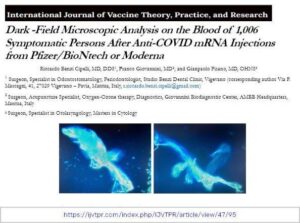 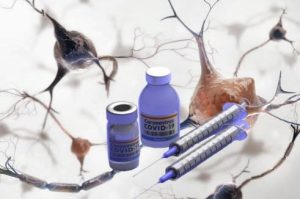 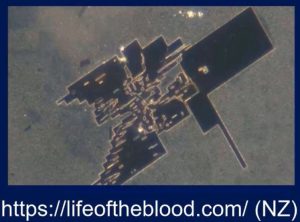 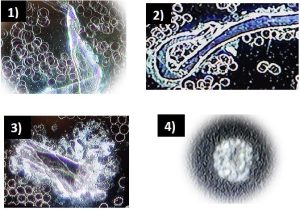 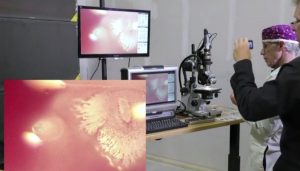 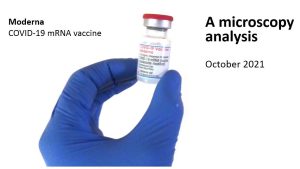 [Dr John B.] What’s In The Vials? (Moderna Microscopy) 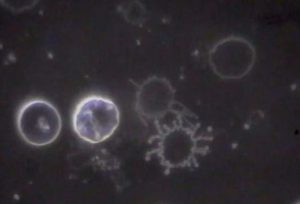 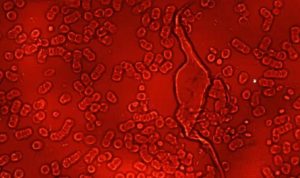 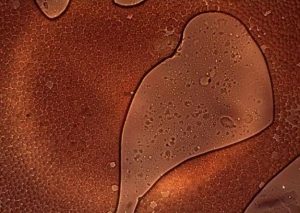 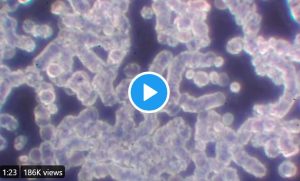 [Eunice Lieveld] What’s in the Blood? 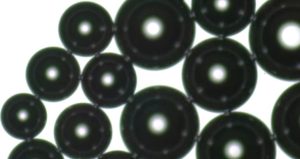 [South Africa] What’s in the Blood? 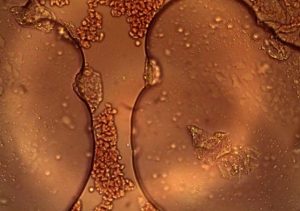 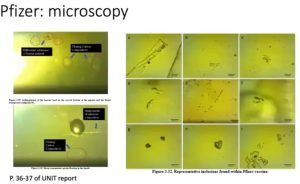 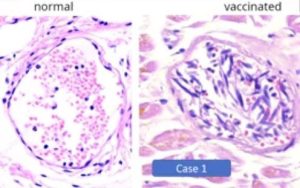 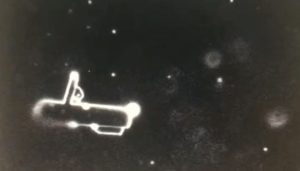 [Germany] What’s In The Vials? (Pfizer) 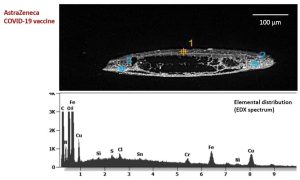 [Dr John B.] What’s In The Vials? (Nanotechnological Whitepaper) 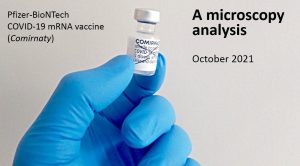 [Dr John B.] What’s In The Vials? (Pfizer Microscopy) 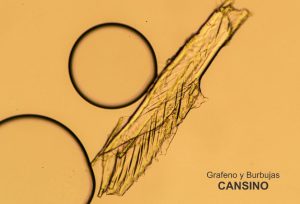 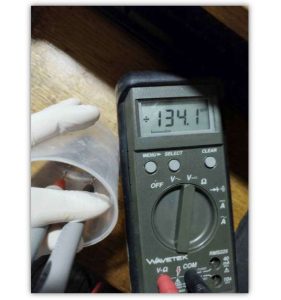 [Chile] What’s In The Vials? 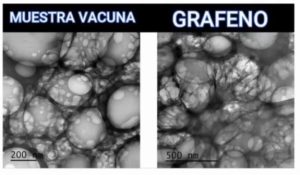 Thought is creative vibration, and the quality of the conditions created will depend upon the quality of our thought, because we cannot express powers which we do not possess.

We must “be” before we can “do” and we can “do” only to the extent to which we “are,” and so what we do will necessarily coincide with what we are, and what we are depends upon what we think.