[Germany] What’s In The Vials? (Pfizer)

Professor Dr Arne Burkhart, German pathologist that was able to show some pretty strange objects in pathological examinations that have been carried out, that fitted the description of graphene.

On September 20, 2021, a group of several dozen physicians and pathologists held a day-long symposium at the Institute of Pathology in Reutlingen, Germany, to try and figure out why hundreds of thousands of people have died in Europe, alone, not to mention other parts of the world, soon after getting a Covid-19 vaccine shot.

This was followed by a session titled, “Undeclared Components of Covid-19 Vaccines.” Here they examined and discussed a host of non-biological components they found to a lesser or greater extent in the blood of vaccinated people. It appears that all the vaccines administered in Germany and Austria contained these non-biological objects – Pfizer, Moderna, Johnson & Johnson, and AstraZeneca. (01)

German pathologists held a press conference discussing deaths from COVID vaccines and undeclared contaminants in the vaccines. At the press conference, the result of the analysis of COVID-19 vaccine samples will also be presented to an Austrian research group, which corresponds to the findings of scientists from Japan and the USA. Undeclared metal-containing components were found in the vaccine. Vaccine elements are visually striking because of their unusual shape.

Lawyer Viviane Fischer: Could you briefly explain who or what these images are from? You spoke of several different sources.

—Yes. These are leftover vaccines from the company BioNTech-Pfizer.

MD Ute Langer: This one is quite astonishing. It is moving. It appears to be an accurately constructed object. Here dark-field microscopy was used with a slide. So, there are two slides. One on the bottom with a drop of the vaccine substance and one on top as a cover so nothing slips or drips out. This is what was observed using dark-field microscopy. Precisely. There it goes, out of the field of view.

So, in another batch of BioNTech, this was found. Actually, the way it looks, it could be a chip. At this point, I would like to say that this structure has been observed by others examining vaccine contents, which is most likely included in this presentation. Dr. Barbel Gitala had the same findings.

That could be the part of the vaccine called Nano-Lipids. —Nano-Lipids. —The dots of light. We discovered particles in sizes ranging up to 0.5 millimeter.

This is a sample of Johnson & Johnson. It’s gigantic. Again, we see these structures inside. —With sharp edges.

Perhaps, at this point, the experts could comment about what happens when something of this size enters capillary vessels?

If it enters into the lymph nodes, it could cause complications. First of all, it is very, very big, right? For the small capillary vessels it is too big. These floaters were observed in other batch samples. The form is always the same, so the appearance isn’t a coincidence and shows up frequently. The small object above it is also moving.

Here we see the blood of a vaccinated patient. The blood cells are forming into rolls with another object loops around throughout the image. It isn’t a hair, or fiber. We made a comparative photograph with both, with a fiber etc.

What does dually refractive mean? —That it is a foreign object.

It isn’t organic. Not biological, at least that is how it appears. This is a sample from on of my patients who, following the second vaccine, is paralyzed on the left side. She also now has flare-ups of MS [Multiple sclerosis] regularly. She also now has autoimmune antibodies, the cerebral kind. This image was taken Six months after the vaccine. These metal splinter objects are seen here dancing around. The blood cells shown here have a thorn-shaped appearance and are no longer alive. The only things remaining alive are these particles.

—And the phagocytes? The white part? Is it a phagocyte? —Yes. —A white blood cell trying to remove impurities, and is obviously failing to do so. There’s one above, and to the right of the phagocyte.

Lawyer Holger Fischer: Here is another BioNTech-Pfizer vaccine, below in the image, can we enlarge it?

This is the BioNTech vaccine. There are leftover portions, and these leftovers remained cooled until we get them. Once they are put under the microscope, the substance warms up and is very active. Here again we see this floating “hanger”. Similar to the first image we saw, with the same structures. Appearing once again, we also see particles moving in the fluid of the vaccine.

Another interesting thing is that no special microscope is needed. With some luck, these things can be observed with a light microscope or much of this can be seen with a light microscope. So that begs the question, as well as from a legal aspect: Why doesn’t the Paul Ehrlich Institute ever see these things? I suspect this is due to the fact that they only go by appearance. So, if there’s nothing visibly floating around in it when they look at the vial, then that’s apparently sufficient. However, if they were to take a closer look, they would see these things, because everyone can see these things. Everyone can see the impurities. Repeatedly, they are being found.

Not just Japan, as recently announced with the Moderna vaccine.

Nov. 29, 2021 — Doctor’s office in Saxony. Live blood samples from four vaccinated and four unvaccinated people. Compared and examined. The doctors in this practice here in Saxony have provided images of vaccinated blood samples. The following is an explanation of the images and why they were taken. I will focus on the screen. Firstly, we see here an object, which we will also see in the images of the vaccine substance alone. This person was vaccinated. (blood sample).

I’ll proceed to the next image. Here we see the vaccine substance from BioNTech under the microscope. So after approximately ten hours, these worms hatched. Here you see the two eggs. These two worms hatched from these two eggs. This is a structure that formed after ten hours. When I first looked at it, it was cloudy, but then it starts to form after a certain time. My assumption is that these are nanoparticles that come together into a form, and here is a rounded area. What is it? It could be a microchip or something else. Down here we see another egg. I’ll show more of those later, because there are quite a few.

Here we can see, once again, within a biofilm, an undefinable structure. Why would this be in a vaccine? No one can tell me. This here looks like glass to me. In the vaccine. Yes, when you look at it here on the cell phone camera, the sharp edges are very recognizable. They shine.

—And transparent. To me

—Yes. Absolutely, the transparency is observable.

In contrast, here’s another worm.

—What size are these worms to be seen with dark-field microscopy?

40,000 what? —Nanometers. It says it there. 40,000 nanometers. —Here there is a dark area, meaning it is in-transparent. However, the edge reflects the light. Whether it is metal or not, I have no idea. There’s no reason for it to be in a vaccine. These structures formed on their own. Why? I have no idea why that is.

Hold on, I’ve gone a bit too fast, so back. Here we see very well a complete worm. You see on the inside and here is the digestive track. And here the sexual organs begin. The tail still being present has a meaning. I allowed the sample to dry out for 24 hours and these parasites, I’ll just call them parasites, normally should drop their tail. If it was a fiber, some chemical fiber, it would be completely black. What kind of worms are they? Do their bodies give clues to what they are? Anything at all? Anyone can search for it on the internet. These worms cause cancer; they can cause severe pain as in rheumatoid diseases, joint pain, or even Alzheimer’s if they infest the brain.

Now the system-loyal will screech and cry out: It’s all a conspiracy theory! However after this MSM news footage from SWR, they’ll shut up real quick.

South West TV News / Ulm University (May 26, 2021) —It’s frightening or at least surprising, say researchers at Ulm University, who discovered impurities in the vaccines. They examined vials of AstraZeneca. In each vial they found (up to) two-thirds of the contents contained substances that don’t belong there, and only one-third was actually vaccine material. This is relatively unusual and wasn’t expected. Prof. Kochanek was unable to explain these foreign substances, which shouldn’t be in vaccines, or what they can do to people. There’s no direct connection to sinus thrombosis, but that’s problematic because it also cannot be excluded as a cause. The team has examined four batches of vaccine and passed on the results six weeks ago to government authorities, the EMA, the STIKO and the Paul Ehrlich Institute, without any known responses. Not even the manufacturer responded to the findings.

—The manufacturer showed interest, but no further feedback was received from the company.

Perhaps the effectiveness of the vaccine could be improved, if there were fewer impurities in it. 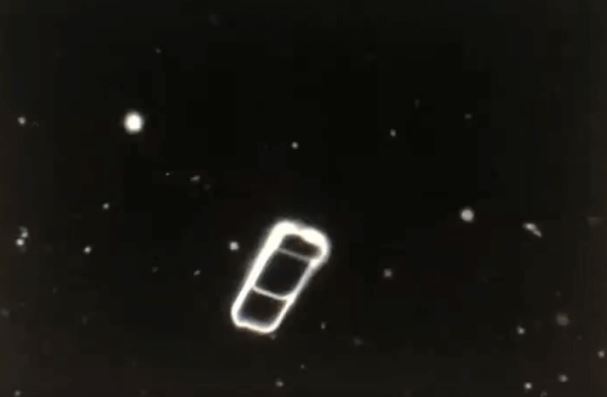 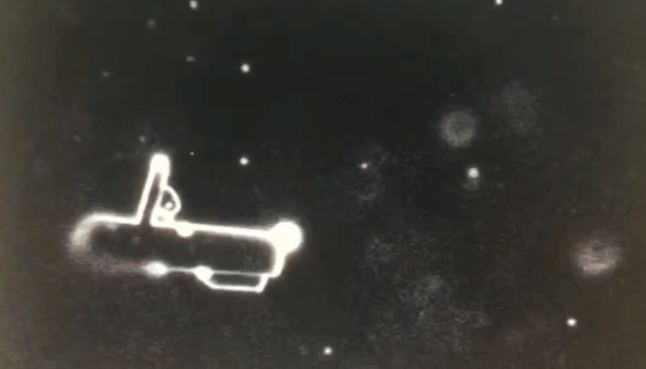 When you re-self-identify and say actually I’m all there is, has been, and will ever can be, having this experience, then you start to operate, not only on a much higher frequency, but a much more expanded level of frequency.