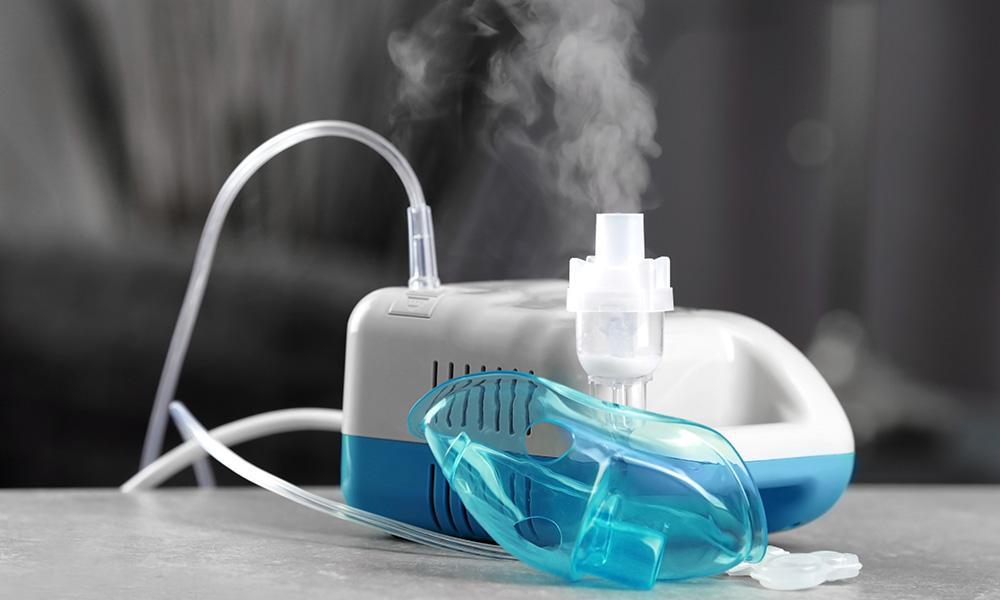 Whilst I have no idea if it was covid since anything resembling a flu could be covid these days, I got better within 24 hours – here are the notes I took – symptoms and treatments.

Even though I have all things that I’ve researched, I’m not very obedient to a good health protocol – I don’t “do” the things I need to do – daily living off coffee sometimes, smoke like a chimney, no exercise, and I don’t take my supplements unless I feel the need other than daily CDS in my water, B12 every couple of days, and the occasional drops of iodine a couple of times a week.

Trying to figure out “how” I got sick is confusing – I do not think it’s from a person as I haven’t been around anyone and haven’t left the house other than for the occasional quick-coffee-grab in about a week. Trying to figure out what is different (always seeking the ’cause’). The “high piercing sound” in my ears has been there for at least 2, maybe 3 weeks (which is curious enough in itself – I am tending to lean towards the new 5g Towers recently installed a couple of months ago, but how can I ever know for sure?). (01) (02) There was a tiny bug (smaller than a mozzie) hanging around a couple of nights ago that might of bit me. As far as eating differently – I had rice, miso, frozen green chilli, dried red chilli, and tuna for the first time in about a year, which seems to be the only dietary change differing from my ‘norm’. I really cannot place the “how” I got sick thing at the moment.

Anyway, I feel like I’ve been struck by whatever this is. This is just notes now on symptoms and what I’m doing about it, being observant and figuring out from a first-hand view what you go through and what ‘works’.

Woke up with breathing issues.
Coughing with mucus.
Headache from hell.
Ringing in the ears (high pitch tones).
Feels like “heart fluttering” but it’s on the wrong side of chest to be heart.
A rash I’ve had on my hand for a year is feeling itchy.
I can’t think.
Fatigue.

These days “anything” resembling cold, flu or even a sniffle “could be COVID”, so since I’m very studied-up on COVID, I knew the most important thing about any viral infection is to reduce the viral load as much as possible as quickly as possible. I most definitely was not worried or fearful at all, just knew that no matter what it was, it was important to “get on top of it early”.

Gargled with Iodine and water.
Put a few drops in water, and gargled and swished.

As I was having trouble breathing, I got out the Nebulizer from storage and used it for about 20 minutes. Actually had a concoction already in a bottle that I made up in the first year of COVID “just in case” and used that and even though it was more than a year old, it cleared my breathing up in in a few minutes. As an asthmatic, I also had Asmol on hand, and maybe that’s something we need to add to the ‘care kit’ as well.

Nebulizer with Iodine, Hydrogen Peroxide, Saline. 10 Mins
Nebulizer with Iodine, Hydrogen Peroxide, Saline, CDS. 10 Mins
That and Asmol helped within a few minutes, could “breathe” again – it really helped, so I had another, then fell asleep and slept all day until 8:30 pm. And even after I woke, I only got up to tell my friends, and start writing this post for notes that may help others and to record what I’m doing.

6 Mandarins
So even after bombing out all day, I got up at 8:30pm and even though I’m not hungry, I forced myself to eat about 6 mandarins for bio-available nutrients, trace minerals, and vitamins. I trust nutrients directly from fresh food way more than supplements. I just wish I had more fresh food on-hand.

Coughing and thick (white) mucus.
Head feels heavy and tight.
Body heating up and then normalizing.
Brain not working (can’t focus, can’t read, can’t comprehend what I’m reading)
Sweaty.
Not magnetized. (I’ll do a post on this one day, I have been magnetized several times this year)

When I stand up and walk around, I get hot and sweaty.
Starting to become wheezy in lungs again.
Still coughing, still mucus.

Ivermectin with 2 x Tbsp Coconut Oil
(only had 4 tablets left and had given the rest to my sister when she had ‘covid’ a few weeks ago, so this is a smaller dose than recommended that I’m having (better some than none right?). If TGA hadn’t of banned it (03), I would’ve had the proper higher-dose for my weight).

Went back to bed, another Nebulizer session, then slept til 4:30am.

Lungs still a bit wheezy (was fine after nebulizer and I slept well & deep)
Rash on hand is maddening.
Still coughing, but mucus is much less.
Headache around skull.
Body is hot & sweaty (outside is cold & wintery).

Lungs still heavy/wheezy.
Headache is more on back of skull now? That’s weird.
Freezing outside, but I’m hot, so I’m guessing my body is fighting the good fight. Go immune system, go!

Headache has now moved all over the top of my skull.
“Be like a Yogi” – I’m hungry but no healthy food on-hand, so won’t eat, will allow “fasting” to be my healer. Don’t want my body fighting toxins and chemicals at the same time as ‘doing it’s magic’ on whatever it’s fighting.

Decided to have a “Detox” bath instead of heading back to bed.
Hot water sucks here, was more like a luke-warm bath.
Really wanted a hot one.

Freezing after bath.
Back pain.
Headache still there – moved to forehead (Why the hell is it moving around? What causes that?)
No longer wheezy.
Stomach rumbling. Really bad that I was intending to go grocery shopping today but now I’m sick so can’t. Will have to think of what I can make out of what I have on hand which won’t be as healthy as fresh. Really wish I had broccoli.

Headache is the only thing painful at the moment. Temples.
Lungs clear. No longer coughing or mucus.
Rash on hand no longer inflamed.
Sore neck. Back a little sore too.
Still fatigued. Still ‘got the dumb’.
Intend to do another couple of blog posts and head back to bed yet again, let my body heal itself.

Heading back to bed.

Killer headache still. Wondering if it’s because I haven’t had coffee though (since coffee is usually a big part of my life) but I am not leaving the house and avoided coffee on purpose because you shouldn’t have anything high in arginine when sick.

Making my own Bulletproof Coffee concoction fresh from Brazil Beans, and instead of having milk, having coconut oil and butter and colostrum. Also added Nigella Seeds and a bit of Green Tea Leaves. Not as nice as a latte, but I’ll get the caffeine into me which might help alleviate this killer headache.

Coffee seemed to do the trick. Feeling good, clear-headed. Only pain now is shoulders?

Hungry. Wish I had fresh food here. Don’t want to leave the house even though I feel fine because of the “quarantine” thing. So made an Omelette with Roti bread, Himalayan salt, white pepper, cracked black pepper, turmeric, garlic, half an onion, mustard powder, flax seed oil, butter, parsley, sprinkle of parmesan and my last cherry tomato.

Feel completely ‘cured’.
Have mild ‘mid-back’ pain (likely due to the prompting up of many pillows in bed, so that I could sleep while using the nebulizer).

Beats me. They can’t accurately test for it (04), so I’ll never know what it was, but now that I’ve had first-hand experience of the same thing that others are talking about, I am going to adjust my recommendations based on this experience.

The scariest thing was the breathing. Even with my history of asthma and emphysema, this was a different kind of breathing-fear, something I hear a lot of from other people who say they had COVID. So the priority I think is getting the breathing under control very quickly. Everything else you can sort of deal with, but the breathing side of things is probably the thing that would scare most people into going to a hospital – which I’m so glad I didn’t have to do because I probably healed a lot faster just bombing out in my own bed without all the lights and radiation and people poking at you, etc. Plus they are clueless about diet and vitamins (05). I really felt so grateful to live by myself and just be able to “bomb out and let my body do the work”.

Based on the symptoms, I really feel it’s necessary for everyone to add the following to their first-aid kit:

I personally think the rest of the things I did also helped me recover faster – but would’ve felt in big trouble if I hadn’t of had the nebulizer in storage, and that feeling of ‘not being able to breathe’ is probably something that scares most people into going into hospital. This is a relatively cheap investment considering if I hadn’t of had it – I would’ve had to call an ambulance and end up in hospital where I know they are not only giving the wrong treatments (06) but the extra “stress” of being around people prodding and probing, and not having your own bed, or privacy etc. Even having the ability to have a detox bath may of been key to my healing so fast as well, and that’s something I wouldn’t of been able to do if I ended up in hospital.

More convenient list of everything I used in 24 hours (and I would’ve chosen a lot better in diet if I had of had fresh food on-hand, and would’ve probably focused more on dietary nutrition instead of using supplements if that was the case). I’ll link to exactly where I purchased my ingredients (if I purchased them online) – which is mostly on eBay & iHerb.

Food: (not ideal but didn’t have fresh on-hand)

Infinite intelligence, becoming aware of itself, seeks to experience itself, and thus the “One Infinite Creator” is born or manifest. In effect, the Creator is a point of focused infinite consciousness expressing infinite intelligent energy. The One Infinite Creator, also becoming self aware, seeks to experience itself as Creator, and in so doing, begins the next step down in the creational spiral.