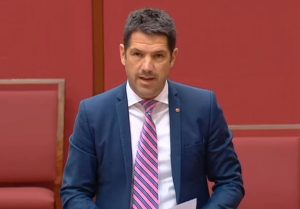 “The World Economic Forum is steeped in communist ideology. They promote lockdowns, mandatory injections and a system of digital identification. It’s imperative that we do all that we can to preserve our liberty and find out just how far the WEF has infiltrated our country and our institutions.”
~ Senator Alex Antic, Liberal, South Australia

Senator Alex Antic is a Liberal Senator representing South Australia in the Federal Parliament. Senator Antic was sworn in as the 608th Senator in the Australian Senate on 2 July 2019.

Before entering Parliament, Senator Antic completed a law degree at the University of Adelaide, worked as a commercial lawyer from 2002 to 2019 and served as a Councillor on the Adelaide City Council from 2014 to 2018. He is the Chair of the Senate Standing Committee on Publications, and a member of the committees for Foreign Affairs, Defence and Trade, Rural and Regional Affairs and Transport, Law Enforcement, Australian Commission for Law Enforcement and Integrity, and National Broadband Network.

On his website, he’s also calling out the Climate Change narrative as the “deindustrialisation of the West agenda”. Never thought I’d see a Liberal do this – are things changing in Australia, are people waking up? Sitting here, feeling so hopeful.

Founded in 1971 by Klaus Schwab, the World Economic Forum is steeped in authoritarianism and Marxist ideology. It’s an ideology which is creeping into governments across the world. When speaking about the Canadian parliament, Schwab himself said: ‘We penetrate the cabinets. I know that half this cabinet—even more than half—are actually young global leaders of the World Economic Forum. It’s true in Argentina, it’s true in France—now with the President, who is a young global leader.‘ 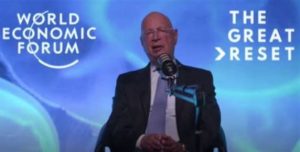 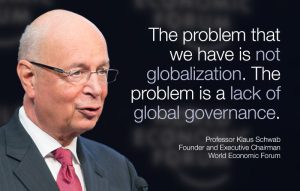 The World Economic Forum promotes globalist issues such as climate change, so-called systemic racism and sexism and creating an online digital identity. However, closer inspection reveals that the World Economic Forum is an anticapitalist and anti free market organisation that seeks to subvert Western values and political processes. They are very organised and very well funded. Their message is designed to appear harmless when, in fact, the ideology that underpins it is revolutionary and destructive. They train aspirational leaders in their ideology and help them make connections in spheres that include politics, business and the arts. 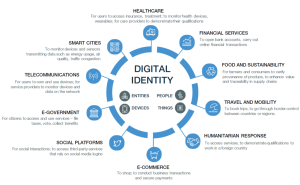 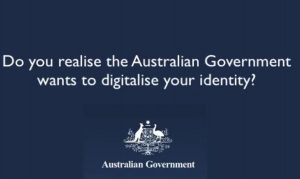 The World Economic Forum has consistently advocated for the harshest and most extreme COVID measures possible, including lockdowns, mandatory vaccinations, vaccine passports and mask mandates, despite these policies assaulting many of our basic liberties.

At the centre of the World Economic Forum’s ideology is stakeholder capitalism. Essentially, this is a theory that traditional free market capitalism ignores the dangers posed by climate change, so the government must enforce restrictive policies to save the environment, even if that means less wealth. Why, then, are the forum’s criticisms of capitalism always directed at Western nations, rather than the great polluters such as China and India? The forum believes that your freedoms should be minimised to prevent the imminent climate catastrophe—the one that has been coming for 10 years and the last 50 years, by the way.

The central theme of the World Economic Forum’s material is what they call the ‘great reset‘, which is Klaus Schwab’s term for the opportunity the pandemic has presented to reimagine and reinvent the economic policies of the West. The term comes directly from Schwab himself with his 2020 book entitled COVID-19: The Great Reset. 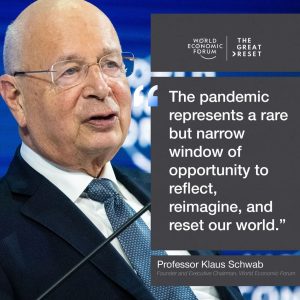 In a now-deleted video titled ‘8 predictions for the world in 2030’, the World Economic Forum claimed, ‘You’ll own nothing and you’ll be happy‘—a slogan that hits the same dystopian note as ‘Work makes you free’ and ‘Ignorance is strength’. You don’t have to be a political philosopher to figure out that, if you own nothing, the state owns everything. There’s a word for this: it’s ‘communism‘.

The World Economic Forum and its affiliates shamelessly promote the abolition of private property—a central facet of Karl Marx’s demented utopian ideology which led to the deaths of tens of millions of people worldwide in the 20th century. To quote Margaret Thatcher: ‘Communism never sleeps, never changes its objectives. Nor should we.’

(Note to readers – look into what Brian Shaw has discovered – that’s an older document, but it’s a good starting point summary for anyone wondering wtf has happened to Australian government – if that blows your mind and you’re ready to dive more, go here)

No matter how sophisticated the World Economic Forum tries to make the abolition of private property around the world sound, the fantasies of Karl Marx always lead to the crushing of individuals’ liberties and lives and the expansion of the state’s tyranny and power. It is imperative that we pay close attention to the World Economic Forum and do all that we can to preserve liberty and reduce government intrusion in our lives. If we fail to do so, the antidemocratic forces in the West will continue to march on, and we may wake up to an Australia that we no longer recognise. Australians deserve to know the extent of the World Economic Forum’s influence and infiltration of our country, and we’re going to find out.

As all conditions are thought-creations and therefore entirely mental, disease and lack are simply mental conditions in which the person fails to perceive the truth; as soon as the error is removed, the condition is removed.