I’m working on a post that’s going to blow your thinking mind as to how long they’ve had us all under mind-control, and at the very least might explain why world leaders and certain celebrities are under the group-think, but I need to do these little back-story posts to pull it all together.

Project MK Ultra is a CIA mind-control operation, which took place at over 80 institutions — schools and universities, jails, and hospitals in the United States and Canada.

This post is about the Canada’s Canada CIA Mind-Control MK Ultra project which started in the 1950’s conducted at the Allan Memorial Institute (a psychiatric hospital) in Montreal. The experiments in the Canadian arm was to “wipe the mind clean” to reprogramme them, but promoted as “ethical brainwashing” on the tv.

They were subjected to forced-sleep/coma – one for up to 180 days – whilst they drugged them with paralysis poisons and LSD, whilst being forced to listen to recordings on a loop.

The methods used “lowered their resistance”, made them “compliant and obedient”, made them think they were “doing the right thing”, caused psychosis, memory loss, and destroyed many lives.

These people went to this Institute to get help with their post-partum depression or phantom leg-pain, and came out forgetting who their families were, or programmed-zombies or in a ‘child-like’ state.

None of the patients provided consent or knew that they were being used for by Dr. Ewen Cameron’s CIA and federally funded research. Instead, they were wrongly told their treatments were medically necessary and for their own well-being.

One guy had to listen to a recording saying “you killed your mother” over and over again, whose mother was alive and well.

Mainstream videos and articles on the MK Ultra programme in Canada

The following playlist interviews a lot of the key players and victims. One of the victims – I think it was in the 2nd video of the playlist – describes how she felt like nothing to them, that she realized that the psychiatrist – who she thought cared about her – saw her as a fly, as nothing but a fly.

The first video in the playlist has a lot about informed consent and comparisons to the Nazi experiments, and couldn’t believe these people, who had experience in this field, fell under the spell of thinking they were doing good, not harm.

The playlist is well worth your time, and you skip through the repeated interviews to save time:

The Guardian (2018): The toxic legacy of Canada’s CIA brainwashing experiments: ‘They strip you of your soul’ At times her mother would interrupt conversations to utter statements out of the blue, which Steel believes were the recorded messages she had been exposed to. “She would blurt out something like: ‘We must do the right thing,’”

This article re-iterates what a lot of the victims interviewed in the previous playlist kept saying, that they couldn’t believe the Canadian government wasn’t on their side, that if it was a prominent member this was done to, there would’ve been hell to pay, but these victims felt completely let down by the Canadian government, and that they even gave them a gag order. They feel completely betrayed and can’t believe their lives are worth so little and that they are considered disposable assets. CBC.ca (2017) Trudeau government gag order in CIA brainwashing case silences victims, lawyer says

In the following article, they compare the Netflix series “Stranger Things” to the CIA mind-control experiments MK Ultra & Project Star Gate: CBC.ca (2017) Stranger than fiction: The real-life CIA projects that inspired ‘Stranger Things’ – “In the 1950s and 1960s, psychiatrist Dr. Ewen Cameron subjected his patients to treatments including electroshocks, experimental drugs, and long periods of chemically-induced sleep.” “Earlier this year, the Canadian government quietly paid a $100,000 settlement to the daughter of one of Cameron’s victims. But Dr. Ewen Cameron wasn’t the only one conducting bizarre and troubling CIA experiments on unwitting patients in the mid-to-late 20th century”. 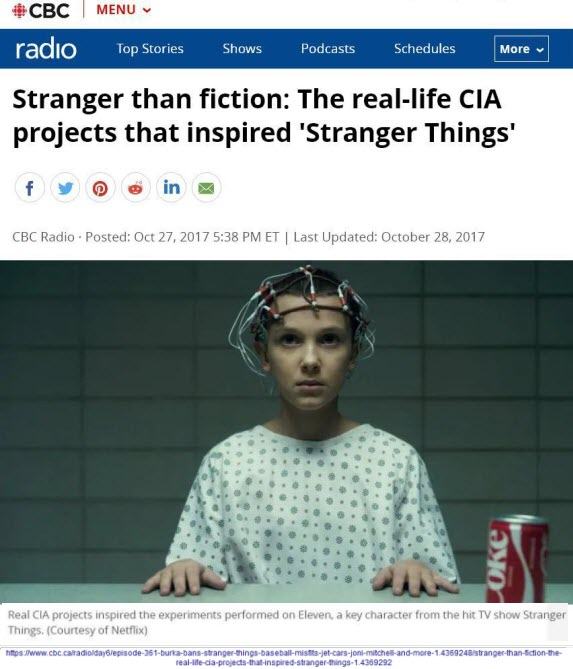 The above article then links to the next article, which explains more about Project Star Gate which both Stranger Things and book-movie The Men Who Stare at Goats had element’s of (kill an animal with your mind), read enemy thoughts, etc.), but now we’re steering away from Canada, so I’ll talk about this in an upcoming post. Independent UK (2017): Project Star Gate: CIA makes details of its psychic control plans public (https://www.independent.co.uk/tech/project-star-gate-cia-central-intelligence-agency-a7534191.html) 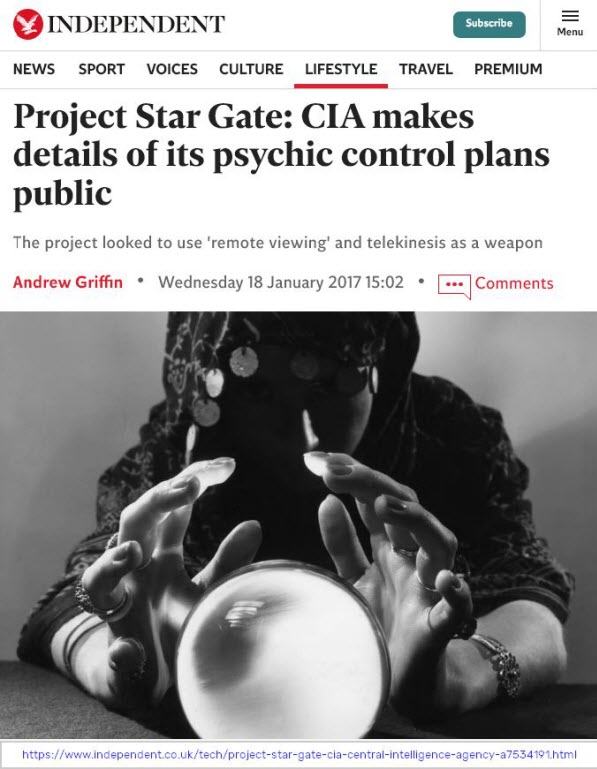 Ever heard about “angels in disguise”? Look and see the divine spark in the heart of all beings. Treat them as you would like to be treated yourself, and as you would your Creator if he was speaking directly with you. “For even as you do it to the least of these, you do it unto me”.