Home  •  [RANT] C19 Vaccines SO POWERFUL they Can Destroy Nations, Lives, Relationships, Businesses, Cause your Death, and even Make You an Enemy of the State?! (But they can’t stop a virus…)

[RANT] C19 Vaccines SO POWERFUL they Can Destroy Nations, Lives, Relationships, Businesses, Cause your Death, and even Make You an Enemy of the State?! (But they can’t stop a virus…) 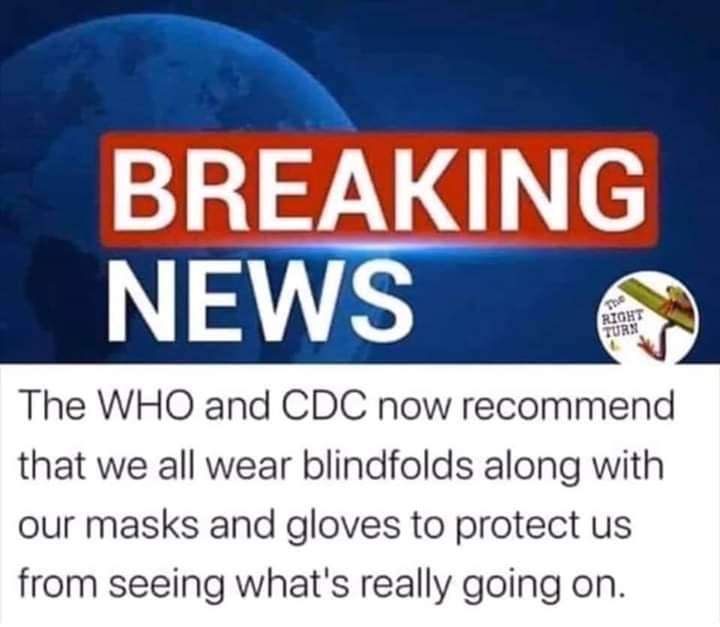 Of all the vaccines I have taken in my life like Tetanus shots, measles, mumps, polio, meningitis, TB shots, etc…

Never have I heard so many lies and deceptions over a vaccine that says I have to wear a mask and socially distance even when fully vaccinated, and that I could still contract or spread the virus even after being fully vaccinated.

Never had to get tested when I was perfectly healthy without any symptoms whatsoever.

Never been bribed by the establishments to take the vaccine in order to win a holiday and/or cash prizes or earn frequent flyer points.

Never was I ever THREATENED by the use of FORCE by the Government, Employers, Police force, and Military for a vaccine.

I was never judged by my friends or relatives if I didn’t take it. I was never discriminated against for travel or other regular services to a point where I could not buy or sell without it.

The vaccines I have listed above never told me I was a bad person for not taking them or for even taking them for that matter.

I have never seen a vaccine that threatened the relationship between my family members and/or close friends to a point of destroying my relationships with them ever.

Never have I seen it used for political gain.

Then there’s mixing and matching different vaccine brands and being told it’s okay to do it one day and then told the next day to not do it (overseas).

I have never seen a vaccine threaten someone’s livelihood, as well as wipe out their jobs.

I have never seen a vaccine that allows a 12-year-old child’s consent to supersede their parent’s consent (that one alone blows me away).

Finally, after all the vaccines (jab, shots) I listed above, I have never seen a vaccine like this one that discriminates, divides, and judges a society. So much information is censored, deleted, and removed from the internet and mainstream media!

So many doctors, health care professionals, police and scientists are censored and forbidden to speak out or ask legitimate questions when what is being allowed or not allowed does not make sense! Particularly when it comes from mainstream media. I have never known a vaccine that has made all the Pharmaceutical companies that manufacture it exempt from liability if it kills everyone to a point where no life insurance will cover it!

This is one powerful vaccine guys! It does all these things above that I have mentioned and yet…

… It does NOT do the one thing it is supposed to do which is?

FIGHT OFF THIS PANDEMIC

So why on earth would I get it?

Summary of all COVID-19 Related Posts

Learn about The Great Reset