Vinay Prasad MD MPH is a hematologist-oncologist and Professor in the Department of Epidemiology and Biostatistics at the University of California San Francisco. He runs the VKPrasad lab at UCSF, which studies cancer drugs, health policy, and clinical trials.

3. COVID19 is currently LESS LETHAL than flu, particularly for the young.

We could do a whole lot better if we had more, larger randomized trials of flu shots. These can run in the southern hemisphere and inform the northern one. We do not need to be wedded to a suboptimal paradigm.

5. It is a novel platform (mRNA). There are still unknown unknowns.

6. The FDA commissioner didn’t routinely lie about the evidence for the flu shot

There is no evidence that a bivalent booster means you will be able to attend more gatherings. Just his imagination talking.

Being vaccinated and boosted reduces your risk of dying or getting critically ill and going to the hospital. The updated booster also increases your chances of being in attendance at upcoming gatherings with family and friends.

8. The people making decisions regarding the flu shot did not exhibit a pattern of gross incompetence. (02) 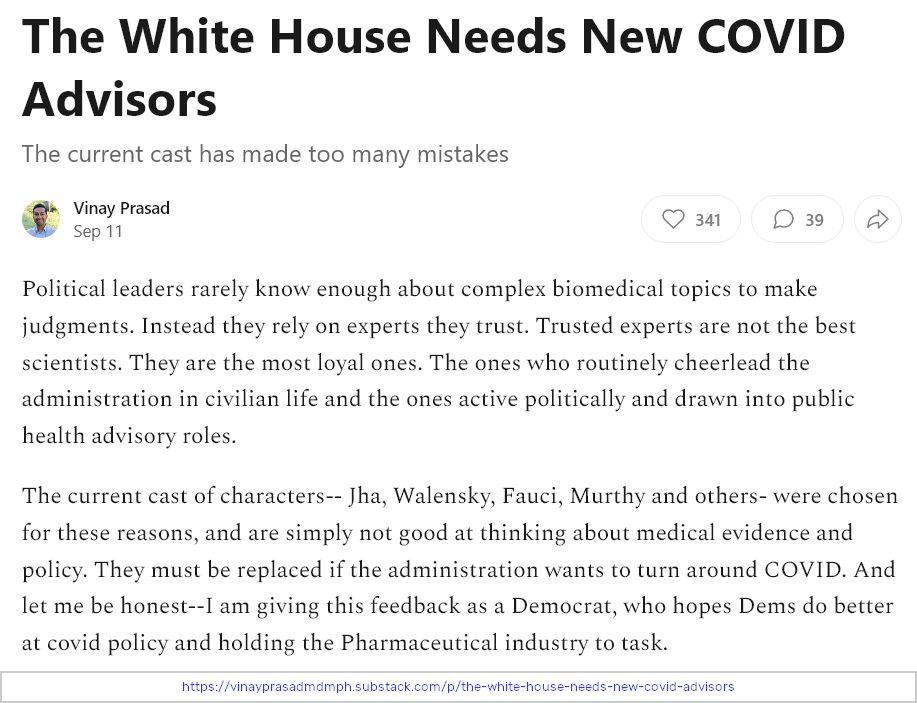 9. The White House never said that it is really important to get the flu shot before the midterm election—I mean, Halloween—did I say election?

In interview with @inthebubblepod @AshishKJha46 said re: getting the updated boosters

“in general, I think it’s really important for people to get it by Halloween”https://t.co/lgwfl6Gfwz https://t.co/pmCq8R5trO pic.twitter.com/rW7LzxwqQH

FDA turned into drug promoter instead of regulator. They are acting like used car or timeshare salesman. I thought this was more attributable to doctors promoting some untested cactus juice or magic bracelet on TV trying to sell it with white coat and “MD” after their name.

11. Paul Offit didn’t usually say he wasn’t going to get the flu shot. 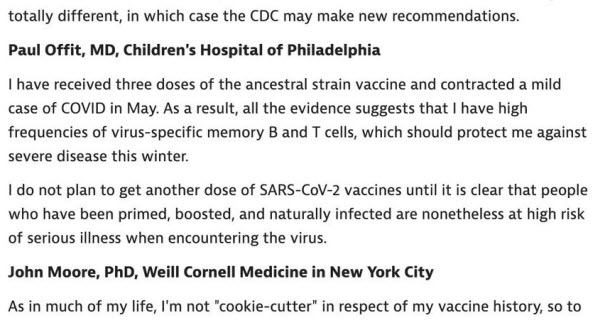 In short, comparing a novel mRNA booster tested in 8 mice for a strain of COVID tens or hundreds of millions have already had for a virus with a sweeping age gradient & IFR less than flu to flu, in a politicized climate where the FDA is run by incompetent political hacks, is flawed. (03) (04) (05) (06)

By the way, the Pfizer boostered mice didn’t make it. And all the Moderna boosted mice Got Covid. ~ Penny….

New Boosters approved that were tested only on Mice

Guard your thoughts carefully, as they are more powerful than you may imagine. If you see doom and gloom, then that is what you are projecting. The world is your mirror. It reflects back to you what you are putting out. If you do not like the reflection life is showing you, then change that which is causing it.