Home  •  Honor your absolute worth

Honor your absolute worth

posted by Penny (PennyButler.com) on May 30, 2017 IN Philosophy & Spirituality
Matt Kahn 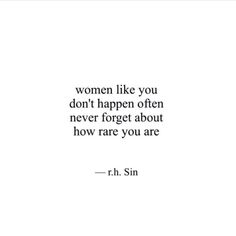 While this is not an excuse to stay in toxic relationships or justify anyone’s unconscious behavior, you can develop the courage and conviction to move into new directions that respect and honor your absolute worth without having to make enemies out of those who seem to make an enemy out of you. Simply by surrendering your need, desire, or tendency to fight your mind, fight your feelings, fight your symptoms, fight with your family, or fight against any perceivable form of injustice, you become an open space through which the light of Divinity shines through for the evolution of all.

This doesn’t mean refusing to take action. It merely invites you to be inspired by what you are here to stand for without having to battle the things you seem to be up against. What is this moment like if you stop fighting, even when the world around you remains in conflict? This is today’s moment of inquiry.”

How can you achieve your dreams? I’ll tell you the secret that nobody ever follows. Just do things in life the way other people don’t do them – change the status quo and then you will succeed. Now I’ve said that a thousand times – nobody listens.