Home  •  [Bentinho Massaro] Nothing ever happens to you

[Bentinho Massaro] Nothing ever happens to you 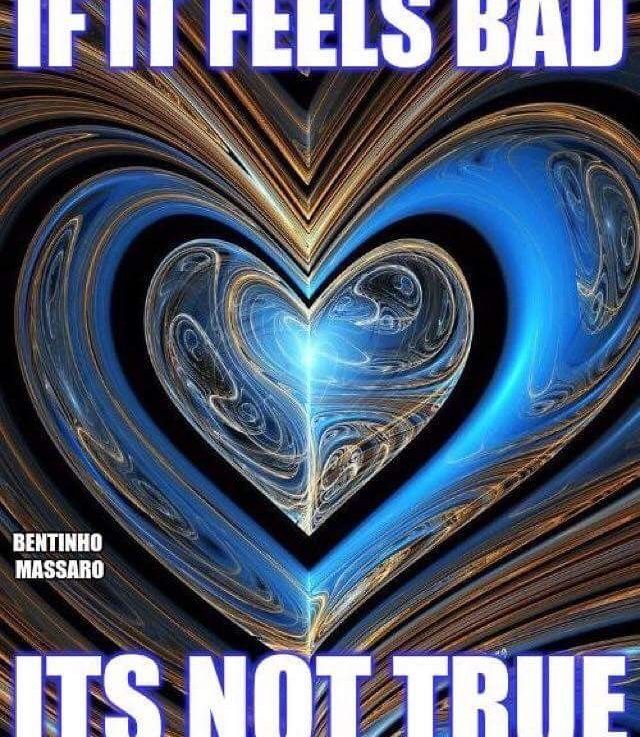 Notes I found on my computer from a Bentinho Massaro video (that I didn’t source). I really found this hard to wrap my head around at the time (but I wanted to believe it!) because I was going through a big “dark night of the soul” phase and everything felt bad. I can “kinda” fit it in ‘grey-lead’ in my belief-system at the moment though, since the pain and suffering that I was feeling has dissipated with the ‘acceptance of what is’ and after doing “the work”. Here are the notes:

You’ll still be available – when it feels natural to do so – to clean up your ways of thinking about this world, because as soon as you think about this world and the things you see in a certain way, that your higher-self disagrees with, you will feel it as “suffering”.

It’s the emotional guidance system. As soon as you feel bad about something, your response can either be to go to the infinite and realize nothing ever happened to you, but if you don’t ultimately address the erroneous perspective, if you don’t fully transcend it and move away from that realization, that understanding, you will continue to find it being attracted in your life, and you will continue to suffer in that way, until it is addressed.

Your guidance system is telling you “that’s not life” – you’re not thinking in life-affirming ways, you’re not seeing, you’re not vibrationally aligned with the higher-principles of creation.

Use your feeling state as an indicator at how successful you’re being at aligning yourself with your true self.

How do you get more in alignment? Start exploring with different perspectives of the same scenario that triggers your negative feelings. Something happens, you feel bad about it – for a moment, have the fearlessness to know that you are unaffected, and look at it, and allow it to be there, and in that freedom from being attached to the feeling, you can remember that feeling as being your guidance system.

Let your first response to negative experience be “this is a good experience” (it’s my guidance system letting me know that my thinking is out of alignment and so it’s an opportunity for me to clean-up the way that I see life, my understanding, my beliefs).

Why does this feel bad? Because I believe something about it that’s not true. What other perceptions that other people have about this experience that would feel good about this situation? What would they have to feel or think or do or believe? How would they see the scenario in order for them to not be negatively affected by the same thing?

Well – maybe they don’t see it as lack, maybe they see it as an abundance of something. Maybe they’re not even noticing it because they’re not giving it any meaning whatsoever. You start to play with your perspective, and you will find that from that negative, if you are open to it, you can find a way of seeing that’s incrementally better-feeling, and you become incrementally more self-realized and self-empowered because now you are actually following your guidance mechanism. It always shows you the difference between your personally-asserted vibration, and the true vibration of your non-physical self.