Home  •  The best of The Matrix [script quotes]

The best of The Matrix [script quotes]

posted by Penny (PennyButler.com) on May 15, 2015 IN Taboo / Divergent
matrix 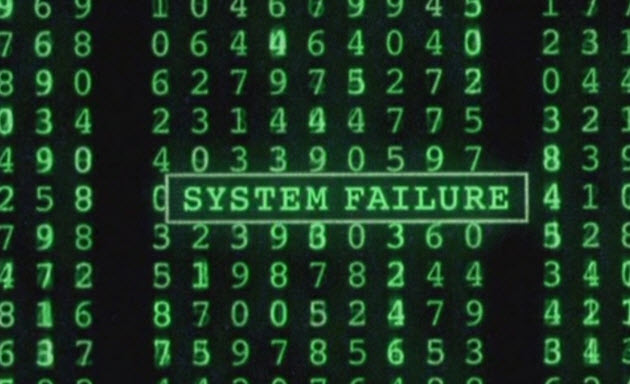 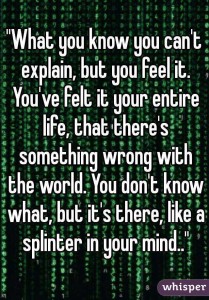 Neo: Because I don’t like the idea that I’m not in control of my life.

Morpheus: I know exactly what you mean. Let me tell you why you’re here. You’re here because you know something. What you know you can’t explain. But you feel it. You’ve felt it your entire life. That there’s something wrong with the world. You don’t know what it is but it’s there, like a splinter in your mind driving you mad. It is this feeling that has brought you to me. Do you know what I’m talking about?

Morpheus: Do you want to know what it is? The Matrix is everywhere. It is all around us, even now in this very room. You can see it when you look out your window or when you turn on your television. You can feel it when you go to work, when you go to church, when you pay your taxes. It is the world that has been pulled over your eyes to blind you from the truth.

Morpheus: That you are a slave, Neo. Like everyone else you were born into bondage, born into a prison that you cannot smell or taste or touch. A prison for your mind….Unfortunately, no one can be told what the Matrix is. You have to see it for yourself. This is your last chance. After this there is no turning back. You take the blue pill, the story ends, you wake up in your bed and believe whatever you want to believe. You take the red pill, you stay in Wonderland, and I show you how deep the rabbit hole goes… Remember, all I’m offering is the truth, nothing more… 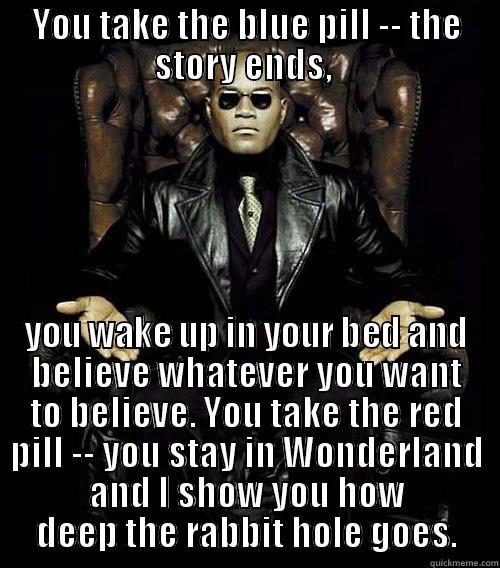 Morpheus: Have you ever had a dream, Neo, that you were so sure was real? What if you were unable to wake from that dream? How would you know the difference between the dream world and the real world?

Morpheus: Is it really so hard to believe? Your clothes are different. The plugs in your arms and head are gone. Your hair has changed. Your appearance now is what we call residual self image. It is the mental projection of your digital self.

Morpheus: What is real? How do you define real? If you’re talking about what you can feel, what you can smell, what you can taste and see, then real is simply electrical signals interpreted by your brain. 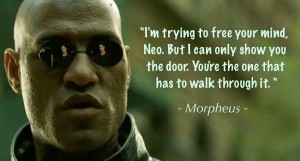 Morpheus: The Matrix is a system, Neo. That system is our enemy. But when you’re inside, you look around. What do you see? Business people, teachers, lawyers, carpenters. The very minds of the people we are trying to save. But until we do, these people are still a part of that system, and that makes them our enemy. You have to understand, most of these people are not ready to be unplugged. And many of them are so inert, so hopelessly dependent on the system that they will fight to protect it. Were you listening to me, Neo, or were you looking at the woman in the red dress?

Morpheus: If you are not one of us, you are one of them.

Cypher: You know, I know what you’re thinking, because right now I’m thinking the same thing. Actually, I’ve been thinking it ever since I got here. Why, oh why didn’t I take the blue pill? 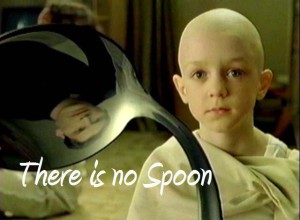 Spoon boy: Do not try and bend the spoon. That’s impossible. Instead only try to realize the truth.

Spoon boy: There is no spoon.

Neo: There is no spoon?

Spoon boy: Then you’ll see that it is not the spoon that bends, it is only yourself.

Agent Smith: Have you ever stood and stared at it, marvelled at its beauty, its genius? Billions of people just living out their lives, oblivious. Did you know that the first Matrix was designed to be a perfect human world. Where none suffered. Where everyone would be happy. It was a disaster. No one would accept the program. Entire crops were lost. Some believed that we lacked the programming language to describe your perfect world. But I believe that as a species, human beings define their reality through misery and suffering. The perfect world was a dream that your primitive cerebrum kept trying to wake up from. Which is why the Matrix was redesigned to this, the peak of your civilization. I say your civilization because as soon as we started thinking for you it really became our civilization which is, of course, what this is all about. Evolution, Morpheus, evolution. Like the dinosaur. Look out that window. You had your time. The future is our world, Morpheus. The future is our time. 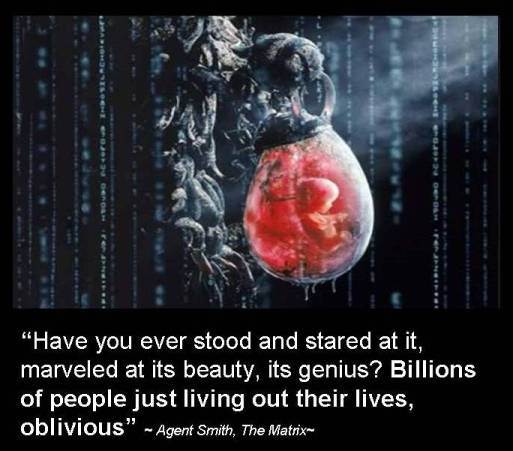 Agent Smith: I’d like to share a revelation I had during my time here. It came to me when I tried to classify your species. I realized that you’re not actually mammals. Every mammal on this planet instinctively develops a natural equilibrium with the surrounding environment but you humans do not. You move to an area and you multiply until every natural resource is consumed. The only way you can survive is to spread to another area. There is another organism on this planet that follows the same pattern. Do you know what it is? A virus. Human beings are a disease, a cancer of this planet. You are a plague, and we are the cure.

Agent Smith: Can you hear me, Morpheus? I’m going to be honest with you. I hate this place, this zoo, this prison, this reality, whatever you want to call it. I can’t stand it any longer. It’s the smell. If there is such a thing. I feel.. saturated by it. I can taste your stink. And every time I do I feel I have somehow been infected by it, it’s repulsive. I must get out of here. I must get free and in this mind is the key, my key. Once Zion is destroyed there is no need for me to be here, don’t you understand? I need the codes. I have to get inside Zion, and you have to tell me how. You are going to tell me or you are going to die.

Neo, The One: I know you’re out there. I can feel you now. I know that you’re afraid. You’re afraid of us. You’re afraid of change. I don’t know the future. I didn’t come here to tell you how this is going to end. I came here to tell you how it’s going to begin. I’m going to hang up this phone and then I’m going to show these people what you don’t want them to see. I’m going to show them a world without you, a world without rules and controls, without borders or boundaries, a world where anything is possible. Where we go from there is a choice I leave to you.