Words of Wisdom from Self-Made Billionaires 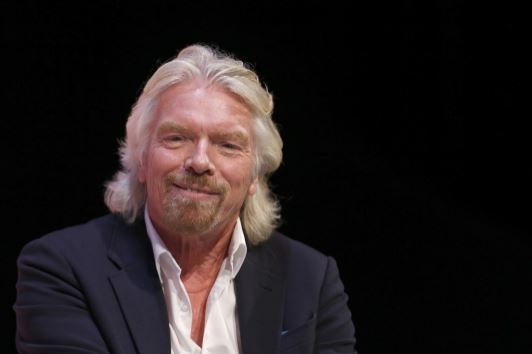 Get ready for a lot of rejection and at the same, exact time – do the things that others don’t want to do. Do what’s necessary, do what it takes no matter what it is, and try not to hurt anybody along the way. John Paul DeJoria $4 billion

At a dinner table, something could come up that could be an opportunity. Half the people do not see it as an opportunity. A lot of people are actually comfortable in what they are doing – they don’t want change. They don’t like the idea of risk. Phillip Green $3.3 billion

From day one I just … I never tried to hide that I was the girl in my apartment with the red backpack. It’s like, this is who I am, And I find that people are rooting for you and opening more doors, if you are really honest early on. Some people start businesses and they try and make out that they are much bigger than they are because they think that’s the way they are going to be taken seriously. But if you know your products great, and you know why you made it, you don’t have to apologize for being out of your home or being small. Sara Blankely $1 billion

To create a business, you’ve got to ‘initially’ work day and night and it’s really hard work. Richard Branson $4.2 billion

I work 24 hours a day, 7 days a week, and that’s what I cared about, I cared about solving problems, being successful and anytime an obstacle presented itself, I used it to my advantage, and made it work. And I never heard the word ‘no’. If I heard the word ‘no’, it meant ‘maybe’, and then I made maybe ‘yes’. Jerry Weintraub $200 million

In the end, ‘luck’ plays a very important part in how successful you are, but the harder you work, and the longer you work, the ‘luckier’ you are going to be. Michael Bloomberg $25 billion

I don’t have the same opportunity as you do. Yeah you do. You have every bit the opportunity that I did. You can go out there and do it. So what was your goal? Goal? Make money. T. Boone Pickens $1.4 billion

People need to understand that we cannot take a breathe. That we have competitors that want to take the food off of our tables, we have an economy that is 8% unemployment here, 9% unemployment in the U.S.. Starbucks coffee company is not something that you ‘have to have’. and so the mentality that you need in a business today, Starbucks or otherwise, is to build ‘sustainable’ success and enduring success. You have to eradicate the human behaviour of relaxing – the human behaviour of feeling like ‘we have won’. And what I have said in the last 2 years of Starbucks is ‘there is no celebration, there is no victory lap, we haven’t done squat. Howard Schultz  $1.5 billion

To punish failure is yet another way to encourage mediocrity because mediocrity is what fearful people will always settle for. Michael Eisner $1 billion

You have the power. You can sit down. You can code something. You can try it. It doesn’t matter to you if someone thinks its a good idea or not because you have the power to go put that online and then y’know and then see if it resonates and connects with people. Stay focused on the stuff that you’re providing to your users. You are going to make a ton of mistakes. It doesn’t matter. You don’t get judged by the mistakes. People don’t remember those years from now. They remember the things that you did that were good. Mark Zuckerberg $9.4 billion

There’s always going to be an element of luck but I think more important is putting yourself in a business that can be ubiquitous that really doesn’t have limits because otherwise, there’s always going to be a grind to it, but if it can’t be something that you can visualize every business using or every consumer using, it’s going to be tough to scale or to be big enough or to have the perceived value to get you to that billionaire club. Mark Cuban $2.3 billion

I grew up under a premise: Go into an industry that has a large profit margin – don’t go in one that’s slim. Go in one that’s large. Take what you’ve got – your assets or your energy – your willingness to just not be told no. The harder it is, the tougher it is, the bigger the challenge, the bigger the opportunity behind. The opportunities behind are endless. Jerry Jones $2.7 billion

Now Apple, fortunately is one of the half a dozen best brands in the whole world. Right up there with Nike, Disney, Coke, Sony. It is one of the greats of the greats. Not just in this country but all around the globe. But even a great brand needs investment and caring. Steve Jobs, co-founder Apple

If Alexander the great could conquer the known world, why couldn’t I start CNN? I thought it through very carefully but I had studied a lot. A lot more than most of my competitors. Most people haven’t worked as hard as I have or studied as I have because if you look back at my life, most of my decisions, almost all of them were brilliant Ted Turner $2 billion

What fear is stopping you in your tracks and burning the souls of your feet? What if conquering that fear – whatever it is – keeps you from being what the creator intended for you? What if you could unleash everything great in your life? Would you do it? Would you say yes to that? Oprah Winfrey $2.7 billion

Don’t allow anyone. Friend. Family. Acquaintance. Teachers. Whoever it is. Don’t allow anyone to tell you, that what you are dreaming for yourself and your family is not possible. It IS possible. Don’t be one of those people 20 years from now are gonna be walking around in a 9-5 job miserable and angry and bitter. Howard Schultz $1.5 billion

I like to see people, I think it’s really important – even if it’s 10 minutes. I hate all this new world of people are talking so I like the idea of seeing people. I think you get a very different view when you look in somebody’s eye – you know in a second whether it’s right. Phillip Green $3.3 billion

New companies generally shouldn’t exist. Existing companies are usually pretty good at what they do. A new company has to bring a product to market that is better than what exists. Marc Andreessen $600 million

How can you achieve your dreams? I’ll tell you the secret that nobody ever follows. Just do things in life the way other people don’t do them – change the status quo and then you will succeed. Now I’ve said that a thousand times – nobody listens. Sheldon Adelson $20.5 billion

Don’t be one of those people 20 years from now are gonna be walking around in a 9-5 job miserable and angry and bitter.