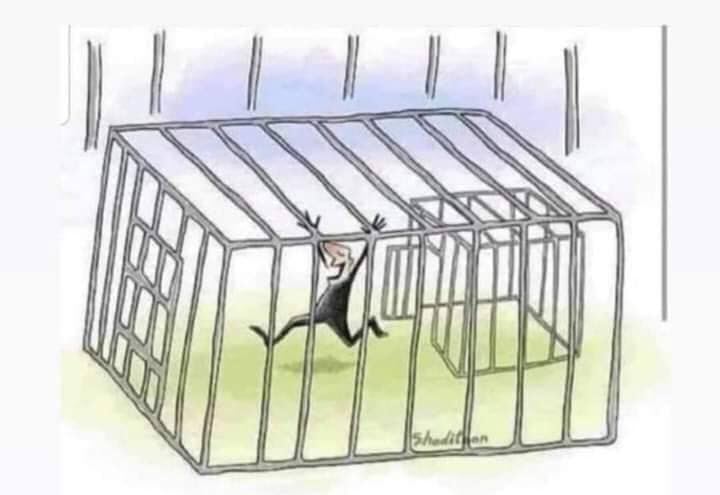 COVID “Certificate Of Vaccination” “ID“ (is all I see)

Commonpass is a vaccine passport funded by the Rockefeller Foundation. They are partnered with GAVI, World Economic Forum, ID2020, Google, Pfizer, Clinton Foundation, and other powerful globalist organizations.

They were already discussing partnerships with 58 airlines, 2,000 airports, and countless hotel chains months ago. Commonpass blueprints show it’s not just for flying. They want to roll out their vaccine pass for taxis, cruise ships, buses, restaurants, malls, and much more.

This is a ‘digital gulag’: Reggie Littlejohn

“Once the authorities have decreed that there are 2 distinct classes of people – you have abandoned liberty and democracy and replaced it with Tyranny, Fear, and Suspicion.

Worse, Once the authorities have decreed that there are 2 classes of Australians, the “Good”, and the “Bad”, and that one class is “superior” to another and gets “special privileges” while the other class is ‘shunned, locked-out, vilified’ and loses their employment’, you have by definition created an ‘inferior’ class. “

“Guys, either we have freedom, or we don’t.”

Minister Tacisio: “No president, I wouldn’t go down”

“So you don’t need to say anything else – Guys, either we have freedom or we don’t.

And the story says: that anyone who gives up a part of their freedom for security, ends up without freedom, and without security.

If you are accepting this vaccination passport, another requirement will come soon and another and another… and you know where it will stop then… POPULATION CONTROL

The people who most accused me of being a dictator are the ones who are doing it now.”

Is consent is valid when undue pressure, coercion or manipulation are applied?
We cannot become a society where medical procedures are undertaken without proper consent for “the greater good”. This will lead us down a dark path that has been trodden many times throughout history.

“Today, I again put my Freedom Scissors to work.
Journalists and others have asked me previously about my vaccination status and I have refused to answer as I think this is a personal matter that is not the business of anyone else. At the core of my philosophy to defend the rights of people to make their own choices. I don’t judge or intend to pressure people because they make different choices to me.

I have consistently stated that my view on medical procedures is that it’s a personal choice and should not involve any coercion from Government.

This is actually in line with the Australian Immunisation Handbook which states that valid consent must be free from undue pressure, coercion or manipulation.
The Victorian Charter of Human Rights also states under section 10 that a person must not be “subjected to medical or scientific experimentation or treatment without his or her full, free and informed consent.”

However, with the Victorian Government now making it a requirement to receive a first jab before Victorians can re-enter their own state, along with the recent rhetoric from the Government about “lockouts”, I am calling into question whether this invalidates consent.

Still think getting the vaccination is about “protecting” others when even the ‘unvaccinated’ get the passport?

Are Vaccine Passports All About Control?

Are Vaccine Passports All About Control?

What the Vaccine enables people to go along with more easily is the idea of a health passport or vaccine passport.

That passport becomes a gateway to a Digital ID
participate in society. So it is the beginning of a Social Credit System.

It is the backdoor into a Social Credit System like what we see in China, which is effectively totalitarian.

The Vaccine is not going to end the pandemic, because the pandemic is being used to install Social Control.

The social credit score system of communist china is the blueprint for the western world.

In some way we’re already living in a prototype social credit system, we have different ratings on social media apps in which we receive ‘social’ credits in the form of likes/comments & shares.

Max Igan talks about the dangers of accepting social credit as the norm & how it can enslave humanity.

This is the trial run for the society they want:

Under the guise of preventing “Alcohol, Gambling, and Drugs”, some people on Unemployment, Indigenous, Parenting payments, South Australian, Western Australian, & Queensland residents are only able to spend money at the places where the globalists profit “Big Business” – once again, screwing the small businesses and killing every other industry that they don’t profit from, under yet another trojan horse lie.

Once again, they create a media-narrative to tell the uneducated masses a story to “sell it as a good thing”. Whilst those who are on it, MUST spend ONLY at these GLOBALIST-OWNED CORPORATIONS. You cannot go to your local market, you cannot give your kids lunch money, you cannot buy on Marketplace, you can’t go to the smaller grocers, smaller mechanics, op shops, or even go to non-corporate internet providers – you cannot support local businesses – you cannot support solo operators – you cannot do anything but funnel the money back into these big corporations. They get the government to support their business – because our governments work for THEM – not the Australian people. Even if you want to buy a bra on eBay, you have to send the government photos and documents to get “proof” that’s what you want to spend your money on. This is an absolute outrage.

Australians are so naïve and gullible, they'll believe any lie the government sells

Australians are just so naïve and gullible, they’ll believe any lie the government sells

Whilst they get you degrading and looking-down on those barely able to live – the politicians spend billions!

Dan gave all his party a massive pay-rise whilst cutting there workload, and over half a million was spent just on “travel expenses” for our PM in 2020 – in a 3 month period!

He gets to fly first-class and live it up, and the ignorant lady in the video – all the “Karen’s”, will be chasing around their own neighbours with their pitch-forks and disgusting brainwashed biases!

I even have friends that take pictures of people going through the bins! Instead of helping people, and looking at how corrupt the system has become, they are turning against their neighbours.

It’s disturbing how easily fooled the tv-watchers are.

This mass mind control programme has been very effective at creating a narrative of division and allowing communities to fight each other whilst they do their dirty politics without our knowledge. Just look at all the law changes in the past 5 years – these things don’t make front-page news, but people who are struggling to live day to day, are created as the “enemy” to focus on – the one taking all your money.

Unbelievable. Absolutely UNBELIEVABLE that not all Australian’s can’t yet see through the lies.

Australians are just so naïve and gullible, they’ll believe any lie the government sells – not even realizing that these corrupt parties – Labour, Liberal, Greens, and Nationals – sold us out and caused the unemployment and destruction of our country in the first place – whilst they fill their pockets with billions of Australia’s tax-payers dollars, they create an “enemy” – using their disgusting word-smith skills again – to distract the masses and shift the blame to so-called “Deadbeat Dole-Bludgers” or “Single Parents” whilst hiding that they sold off more than 95% of our countries industries to foreign ownership leaving half the country unemployed by their very hand! Yet still managing to create the “illusion” that there isn’t an unemployment problem by re-categorizing what is defined as “unemployed”.

Wake up Australia, pull the wool out of your eyes — better yet, look into what they did the wool industry to see how long they have been fucking us over!

My view remains unchanged. I oppose mandatory vaccination and the so-called ‘vaccine passports’.

Regardless of one’s views on the vaccines, it is becoming clearer by the day that there is simply no empirical evidence anywhere in the world that supports mandatory vaccination or vaccine passports. That fact that people who are fully vaccinated, (which in the true definition of vaccination means you are protected), are worried about other’s health status tells you all you need to know about the efficacy of the vaccines. It is also a fact that both the Centre for Disease Control in the United States and Public Health England have published reports suggesting that vaccinated people can just as easily transmit the virus as unvaccinated people. Studies show that viral loads in vaccinated and unvaccinated people are similar for the dominate Delta infection.

The data from Israel which seems to be the canary in the coalmine that nobody in Australia wants to talk about is similar in all heavily vaccinated countries. Now 50% of their population have had their third covid shot yet their numbers are at record highs. In a country with roughly the same population as NSW they are seeing over 10,000 cases per day and are in fact one of the leading countries in the world when it comes to covid cases. Sweden often unfairly accused in the media of letting the virus rip has now banned anyone who has been in Israel from entering. The irony of that should be not be lost on anyone.

The Israeli vaccine passport which they call a ‘Green Passport’ is now only issued to people who have had three vaccines and is valid for six months only. They are already discussing when they can roll out the fourth shot. I’m not sure people who support discrimination against people who choose not to be vaccinated realise they are supporting an ongoing subscription service for their freedom.

Just last week, it was confirmed that a fully vaccinated doctor has spread covid to three nursing homes in NSW. If he was unvaccinated, he would have been labelled as an irresponsible super-spreader but of course the media narrative will be spun somewhat different. I understand TV news bulletins failed to even mention that he was fully vaccinated. By any logic this story alone should kill off any talk of mandatory vaccination.

If more people stopped to think about it instead of being transfixed by media fear campaigns, we might get a better public policy response. For example, it is claimed that the vaccines are remarkably effective, and that the vaccinated must be protected from the unvaccinated. How can both claims be true?

Vaccination does not stop the spread of the virus no matter how many times it is claimed by politicians or the media. Sooner or later more people will begin to see that, “the Emperor has no clothes”.

Aussies – Go and get your “Booster Shot”. Your enslavement never ends.

Supplements recommended to support people coming off caffeine, sugar, nicotine, cocaine, met-amphetamine, ritalin, and prescribed stimulant drugs or those who are still suffering from abstinence symptoms after quitting.