There was a damning Twitter thread by Australian researchers/whistle-blowers who are reporting on TGA Freedom of Information releases that prove Pfizer had killed people. I’ve collated the thread, comments, and related documents and videos in this post.

Dr Chris Martenson (Toxicologist, and Former Vice President of Pfizer and SAIC. Developer of the educational video seminar series, “The Crash Course,” and author of “THE CRASH COURSE: The Unsustainable Future Of Our Economy, Energy, And Environment.”)

Please note the first 20 mins of the video is useful for explanation about mRNA with imagery; then it goes deeply into Jikky’s tweet with documents and some explosive reveals. Very helpful. Spoiler Alert – there is a very “dark” moment towards the end of video which a number of people have already said is impacting (and I personally found it deeply distressing) concerning the Australian TGA (Therapeutic Goods Administration) shelf life of expiry extended C-19 jabs for particular batch numbers and where they are intended to go. 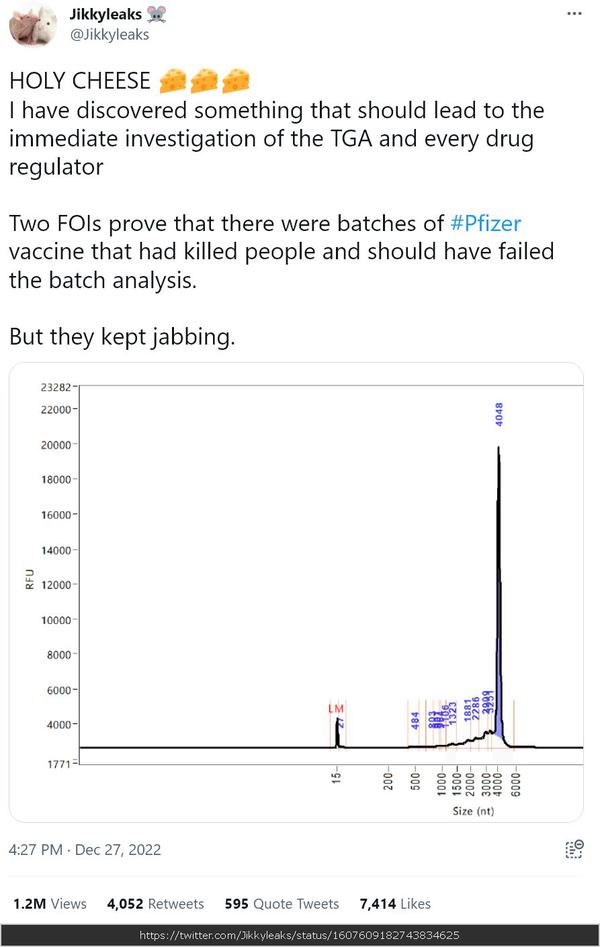 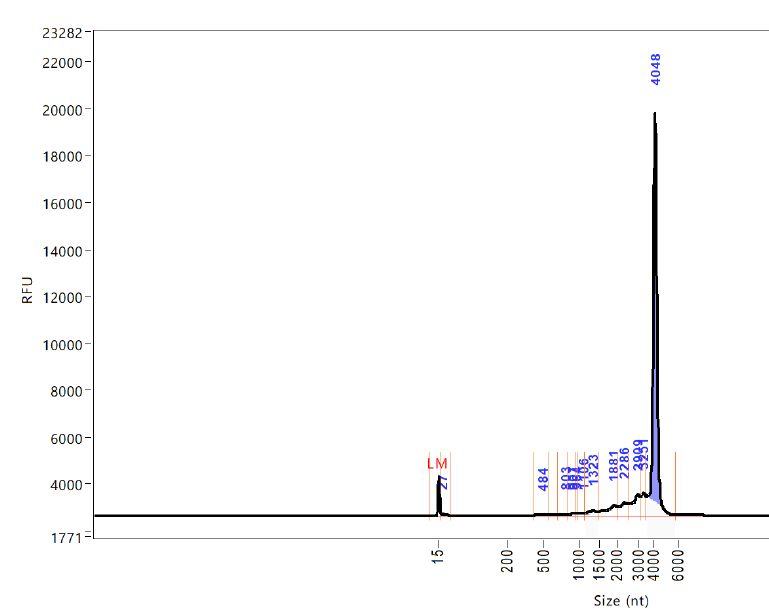 You don’t need a science degree or a molecular biology PhD for this. You just need an eye for patterns. Here is FOI 4077 just released. Each row is a person who died. They died because they believed the TGA ATAGI MHRA JCVI FDA mantra of “safe and effective”, which was not true. 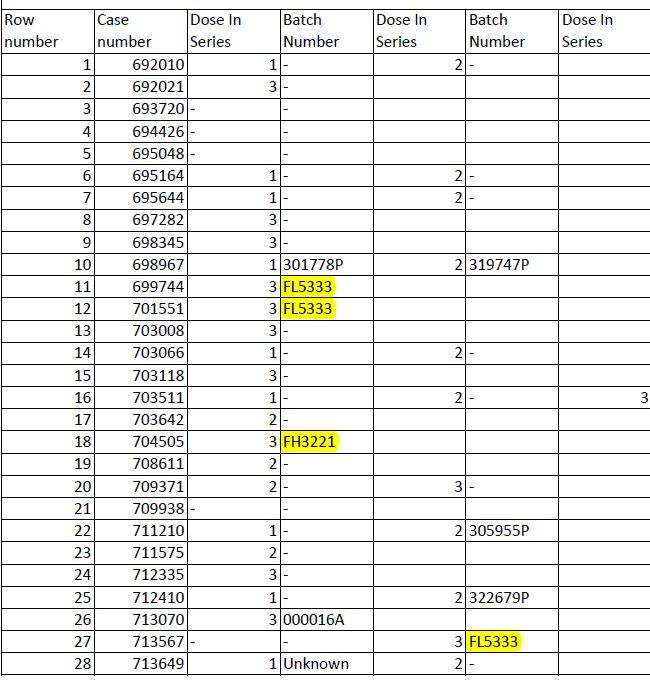 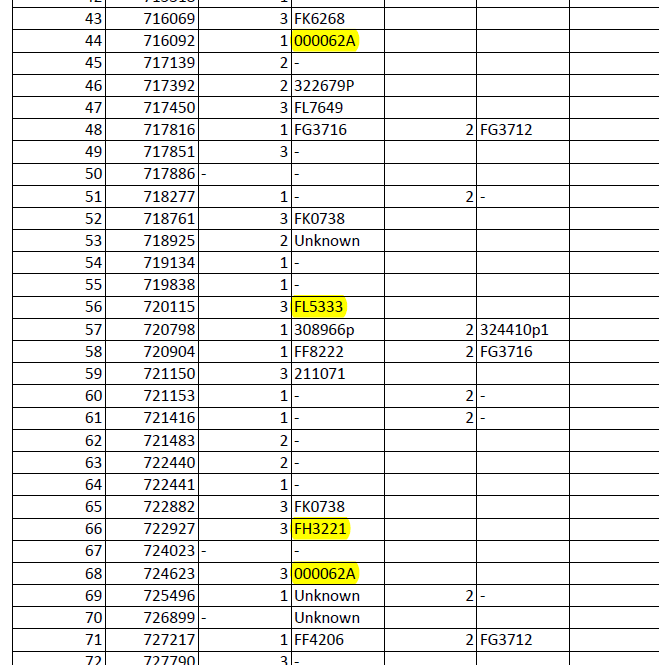 In the report, which is only a fraction of the 900+ deaths reported to the TGA, only a few batch numbers are documented. 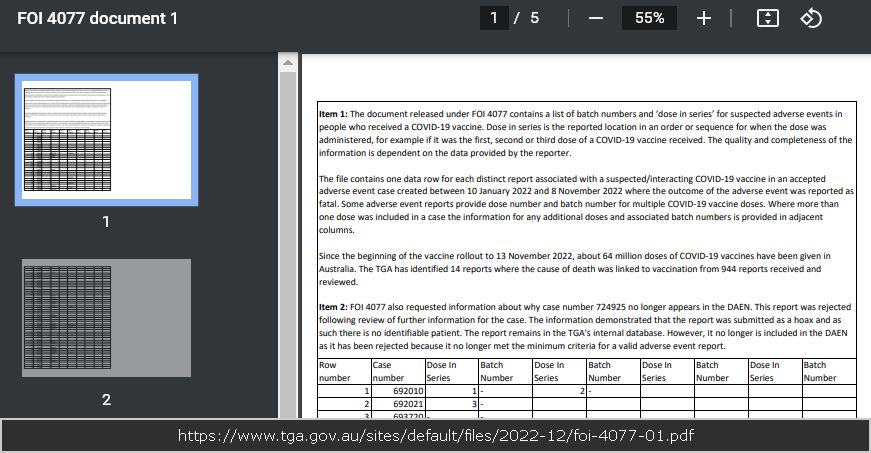 So any batch number that appears more than once is a red flag. The obvious ones are FL5333, FH3221 and 000062A. What are the odds that those batch numbers appear in a freedom of information request put in on the 6th December 2021, which was partially rejected?

For context, there are 382 batches on the TGA’s batch analysis report. (03)

From FOI 3471 the requested primer sequences and Batch analysis of FK8917 (which no longer appears on the TGA’s website) were rejected, but they did provide batch analysis of the other batches requested – of which two (of 4) appear on the “death batch” list. What are the odds? BUT – in the 57 documents there was something that stuck out and which I posted about earlier in the year. Because this account was suspended, that information was hidden from the public.

Oocytes may be transfected. Why were Moderna creating truncated Aromatase sequences? What is the 1900bp sequence in the TGA Agilent analysis? June 26, 2022 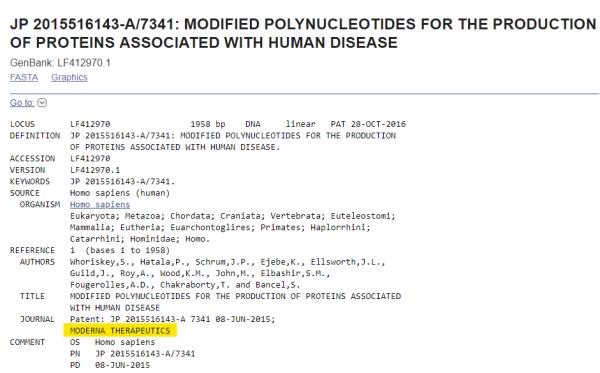 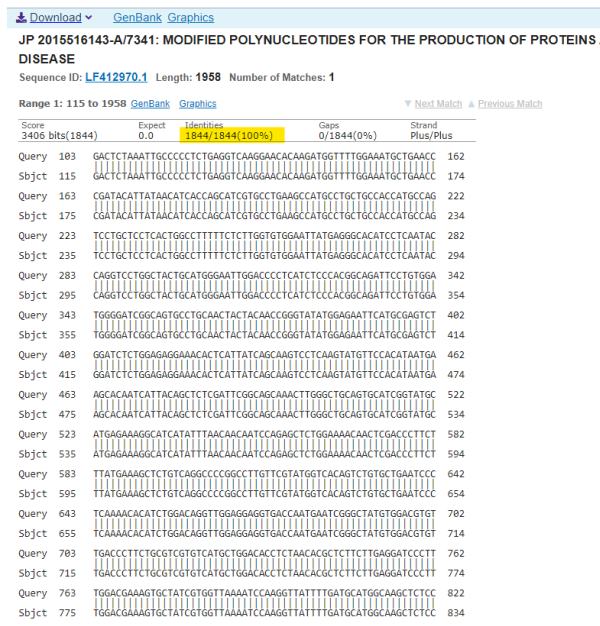 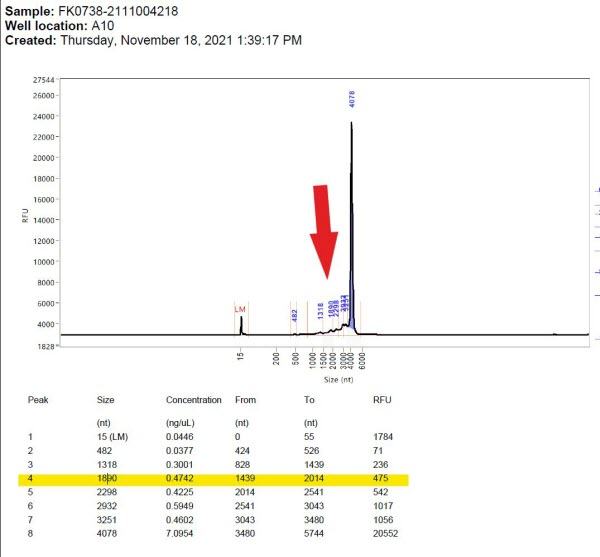 This goes all the way back to April or before. 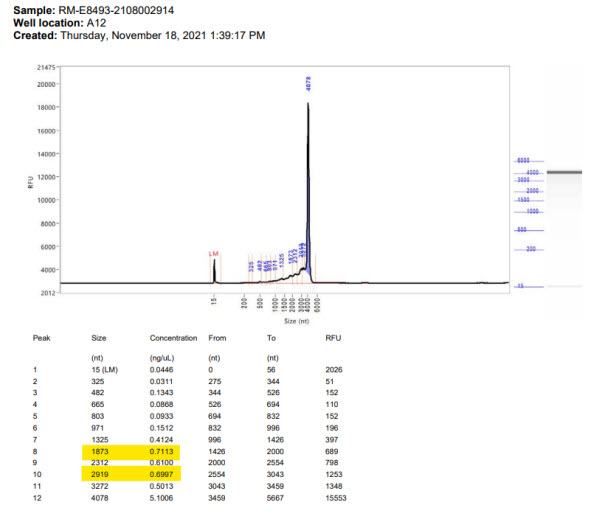 So this is the bombshell.
The Agilent curve showed irregularities in the RNA analysis that was ignored by the TGA. Here they are. Note the batch numbers FL5333, FH3221, FK0738 and FL7649 – all death batches. To illustrate what I’m talking about I’ve put a big red arrow on the point of interest. Subtle eh? 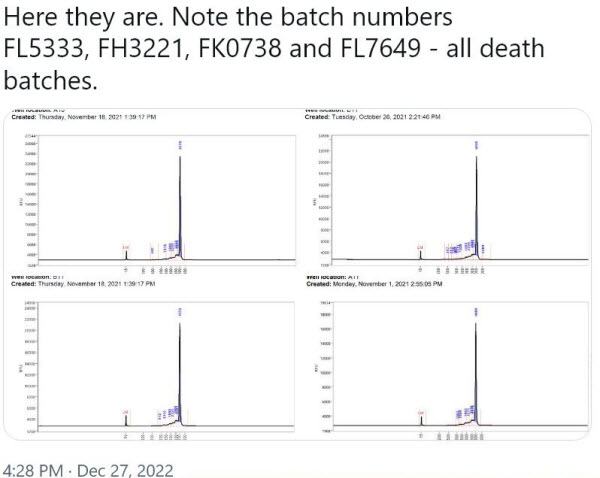 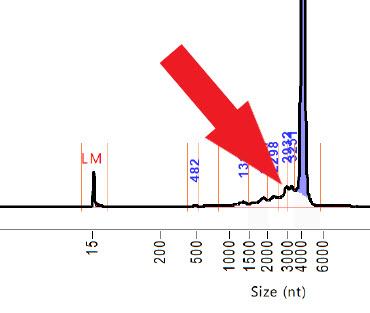 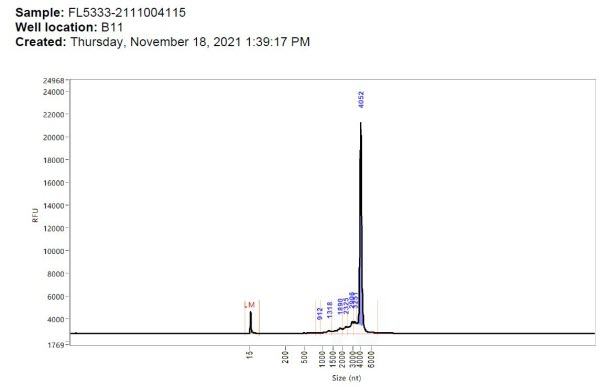 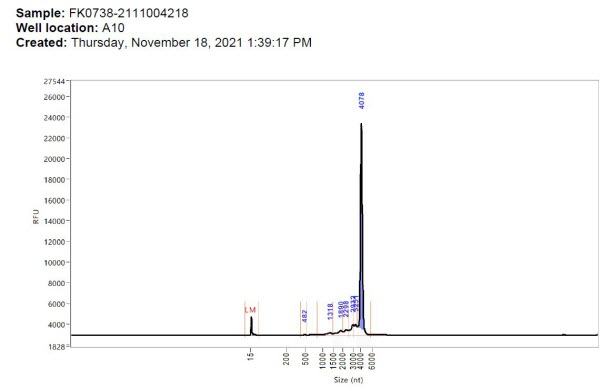 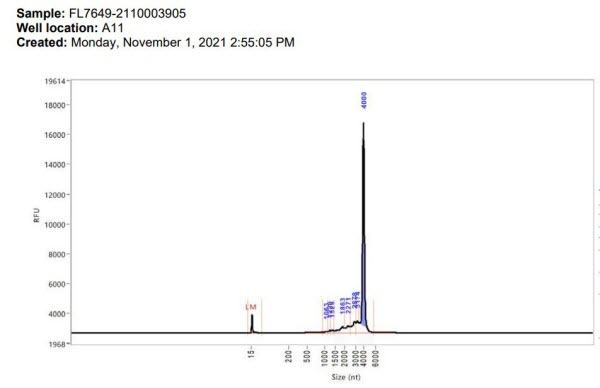 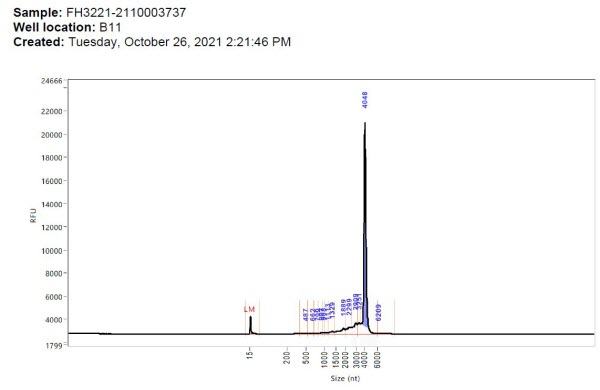 To illustrate the point further there ARE batches that don’t have these humps. This is what an Agilent analysis of a relatively pure RNA should look like. A nice smooth transition from the main spike. No humps. These batches are not in the death log.

For those who want to compare, this is right from the Agilent website. This is a a sample of an example of what mRNA should look like. This is what is supposed to look like IVT–right from Agilent stating so. Smooth leading right up to that peak. @_HeartofGrace_

So, on the information that we have available (which is restricted) we must conclude that the contaminated batches lead to deaths which were not investigated and the contamination was ignored.

Of course, the TGA can tell you that they “didn’t know” that these agilent curves showed contamination. You know why? Because they didn’t know how to handle genetically transferable material. The very definition that should have meant referral to the OGTR. 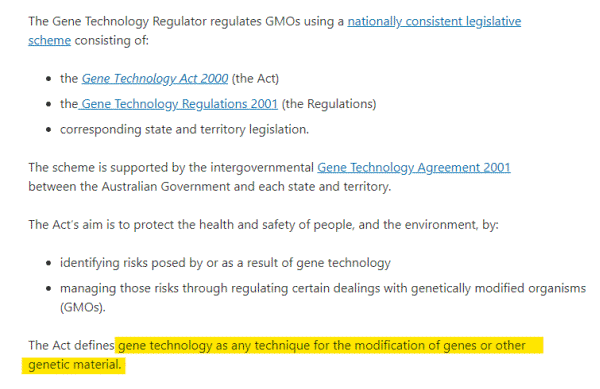 And you know what else the TGA (and equally the FDA, MHRA and EMA) didn’t know about this novel gene technology? Everything. We asked them. They had (and have) no idea what they were dealing with. They just approved it because someone told them to. And people died. 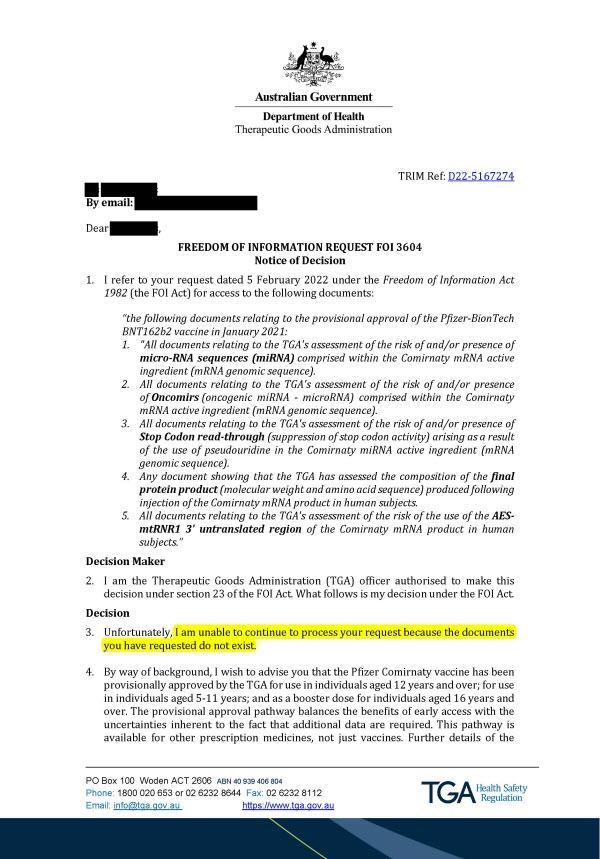 (See Bottom of Post, I’ve listed all the committees on our government’s payroll who are better qualified for monitoring the safety signals other than the TGA.)

The low number of batch numbers is due to the lack of this information entered by the “reporter” on the TGA DAEN online adverse event reporting system. It takes an average of 20 minutes to report each adverse event on the TGA DAEN. Thus, a lot of doctors and nurses do not have the time to do this manual entry on the DAEN online system. Hence the under-reporting element. Currently, there are 133,756 single reported cases of COVID-19 jabs (over 2 years) with 954 deaths (including 8 children under 18).

Because a fellow researcher (and Christian) in VIC has been documenting ALL TGA DAEN C-19 jab reports of deaths for the past two years, I did not request fatal reports for 2021 and only for 2022 in FOI 4077. We have exchanged research information, and we are voluntarily working together on this data.

Using FOI 4077, I am working on matching the 37 batch numbers to the corresponding information related to the 37 DAEN case numbers of reported deaths from 10.1.2022 (the date young children aged 5 to 11 were “provisionally approved” for Pfizer) until 8.11.2022, when I submitted my FOI request to the TGA.

I can confirm the following 37 reported deaths (out of 194 rows) showing batch numbers under FOI 4077:

I manually searched the TGA DAEN for each of the 29 case numbers related to the young children. One case number has been removed from the DAEN i.e., 694183. The other 28 case numbers are dated from 11.1.2022 to 15.1.2022 and involve children aged 5 to 12, of whom 9 are boys and 19 are girls. Some of the children’s medical reactions reported on the individual DAEN case numbers are:

“Persons” should be named individually for being liable for these C-19 trial jab injuries and deaths (atrocities), because you CANNOT INDEMNIFY CRIME.

Penalty: Imprisonment for 5 years or 4,000 penalty units, or both.

Why aren’t the media reporting this news? Why aren’t our frontline health workers in hospitals, who are seeing these jab-injuries and deaths, speaking up more loudly?

Please watch this 8-minute highly relevant and important video from Canada, “COVID-19 “VACCINE” INJURIES WHISTLEBLOWER WORKSAFE BC,” of a WorkSafe Safety Officer who is “done being silent.”

“If I have to lose my career, so that other people don’t die, well that’s the price we pay”

Do you think there might be enough people on the governments payroll far more qualified to regulate these new gene technology injections, particularly something created in rapid-speed, never been done before, and rolled-out to the entire country; even “mandated” in some industries, and at least coerced and pressured and smeared and bullied if you didn’t run to line up for it?

Do you see why we have been screaming from the rooftops since the beginning about WHO and the CDC “redefining” these new experimental biologics as “vaccines”; so that their regulation would go to the wrong committees to governments worldwide? Do you see why this is a problem yet? CAN. YOU. SEE. IT. YET? The people in charge of “One world LOCKSTEP “HEALTH” are EVIL”. (26) (27) (28)

Although why we have so many people on the payroll messing with our food, agriculture, and medicines with Frankenstein synthetic genetically-editing technologies is a topic for another day. 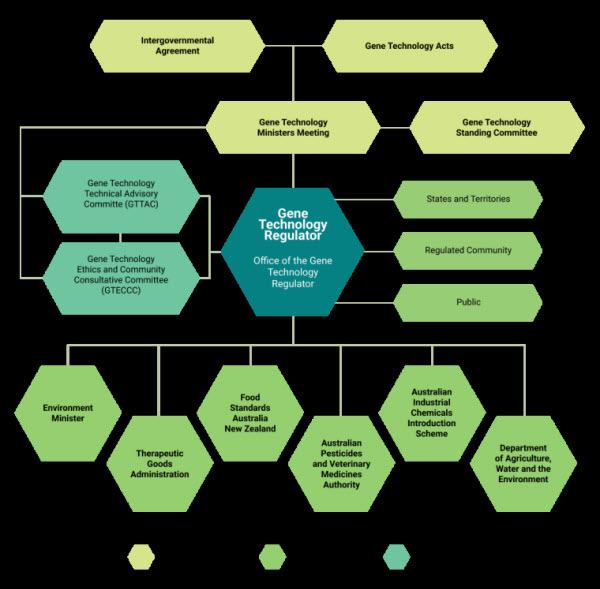 — Unapologetically You: Reflections on Life and the Human Experience