Home  •  Spiritual-Energetic changes in the Jabbed

Spiritual-Energetic changes in the Jabbed

It’s been a couple of days since I posted “The Science behind the Personality Changes in the Jabbed“, but I was just listening to David Icke‘s new audiobook, ‘The Trap‘, where he also covered this topic of personality changes at the end of Chapter 9, from the perspective of energy healers, a Rudolf Steiner lecture (on a future soul-removal vaccine), and from a Gnostic perspective of Archons:

… so many humans and anyone that allows their awareness to fall into the frequency lair of this force that operates in the frequency-band of low-vibration emotion, connected to the vibrational state of fear. Human society is specifically structured to generate these emotions…

… observe the vicious response of those in the ‘Covid-Coma’ to those that challenge the official narrative, and the deadly fake-vaccines (that are not vaccines at all, by any credible definition). What you see in that viciousness, is the stunning absence of empathy, compassion, and intelligence….

… the unconscious behaviour of so many, when they obey authority without question or thought…

… software-insert, non-player characters, following their programme are another reason.

This is an aspect of the fake-vaccines that very few talk about: there is no physical, and everything we perceive as physical including the content of the fake-vaccines is decoded information from a wave-form field. If you could see the fake-vaccine vials on ‘that’ level, you would see an incredibly distorted, inverted, destructed, energetic-field, that is infused into the human energetic field.

It is no surprise whatsoever that energy healers … have found dramatic changes in fake-vaccinated people. Many examples are given in an e-book by Thomas Mayer, Corona Vaccines from the Spiritual Perspective. Consequences on Soul and Spirit, and the Life after Death … healers of this kind either psychically see or feel with their hands these energy fields and have described disconnected-devastation with fake-vaccinated clients.

The heart-chakra vortex—the door to infinity—is often closed-down.
Suppression and distortion of the spiritual heart can be transferred to the physical-heart, which is why heart disease has long been a human epidemic, nay, pandemic, through stress and low-vibration emotion.

Here are some examples of what those healers have experienced:

“I immediately noticed the difference: very heavy energy emanating from the subtle bodies, and the scariest part was that I was working on the heart chakra. I connected with her soul; it was detached from the physical body, as if it were floating in a state of total confusion.

I understood that this substance is, indeed, used to ‘detach consciousness‘; so that this consciousness can no longer interact through this body that it possesses in life; where there is no longer any contact—no frequency, no light, no more energetic balance or mind—it is shattering.

Patients who have been coming to me for many years are suddenly unable to ‘feel‘. The etheric brain and pineal gland felt dried up and shriveled.

After 20 years, I’ve never had such experiences with any of my clients…. I’m deeply-shocked by what these vaccinations do to people, without their noticing anything.

I had a feeling that there was a dark-being on top of them, inhibiting all functions…

… with one patient, I felt like I was massaging a corpse.

… Visible changes in the face, gaze often becomes rigid, the contours firmer… What wants to shine through is missing.

… Old weaknesses and symptoms which were already improved, re-appear on all levels due to vaccination – pain, joint-blockages, muscle-cramps and stiffness, hardening of the spine, tinnitus, etc.

… Clearly perceptible changes in their core-being in some.

… I often feel alone in my work now; I know these clients well, but somehow, they are no longer there. I no longer feel them. 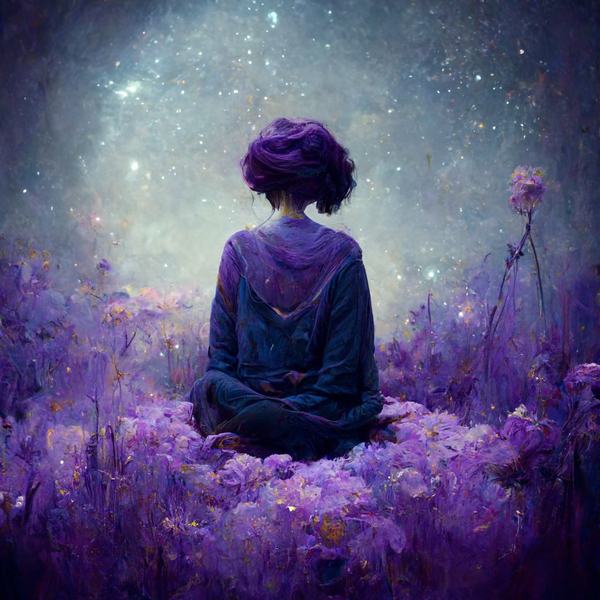 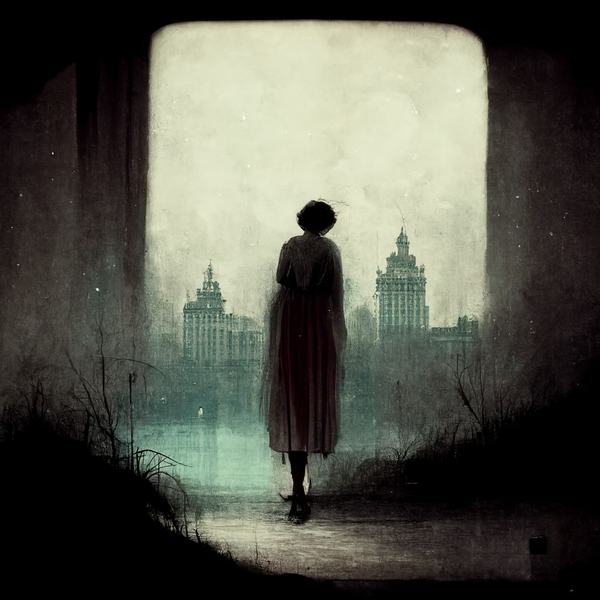 Rudolf Steiner on eliminating the soul with vaccines

Rudolf Steiner, who established Steiner schools to challenge state-school programming, described 100 years ago a vaccine that was coming that would disconnect humans from their soul and, through that, their spirit:

“People will be inoculated against their disposition towards spiritual ideas; the materialistic positions would be entrusted with expelling the souls of mankind.” ~ 1917

Steiner said, “In the future, we will eliminate the soul with medicine; under the pretext of a “healthy point of view,” there will be a vaccine by which the human body will be treated as soon as possible—directly at birth—so that the human being cannot develop the thought or the existence of a soul and spirit. Materialistic doctors would be entrusted with the task of removing the soul of humanity.

As today, people are vaccinated against this disease or that disease, so in the future, children will be vaccinated with a substance that can be produced precisely in such a way that, thanks to the vaccination, they will be “immune’ to the ‘madness of spiritual life.”

He would be extremely smart, but he could not develop a conscience.

So the vaccine becomes a kind of arymanique force.

*arymanique (referring to Ahriman, a diabolical entity from ancient Persian mythology who was seen as Lord of the Material World).

These beings are hostile toward humanity: everything that feeds on negative emotions, such as anxiety, fear, and superstition, as well as despair and doubt, is, in reality, hostile forces in super sensible worlds that launch cruel attacks on humans while they are being fed. These are exactly the feelings that belong to contemporary culture and materialism because they estrange people from the spiritual world.

It is especially suited, to provoke hopelessness and fear of the unknown in people, thereby calling up, the above-mentioned hostile-forces against them.” 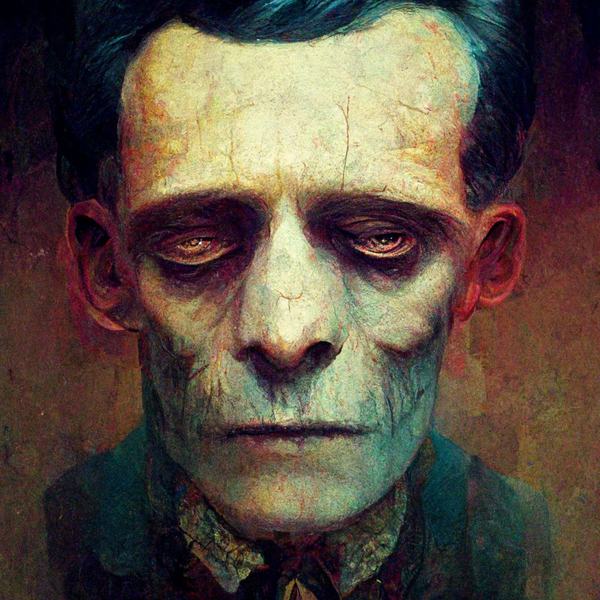 Gnostic’s on the Archons

John Lamb Lash writes in his book about the Gnostic’s, ‘Not in His Image.’:

“From the Gnostic perspective, the Archons are not only mind parasites—delusional nodes in the human mind, considered as quasi-autonomous psychic entities, if you will—they are cosmic imposters, parasites who pose as gods.

But they lack the primary divine factor of ennoia, ‘intentionality,’ ‘creative will.’

They cannot originate anything; they can only imitate, and they must effectuate their copycat activity with subterfuge and stealth, lest its true nature be detected.” 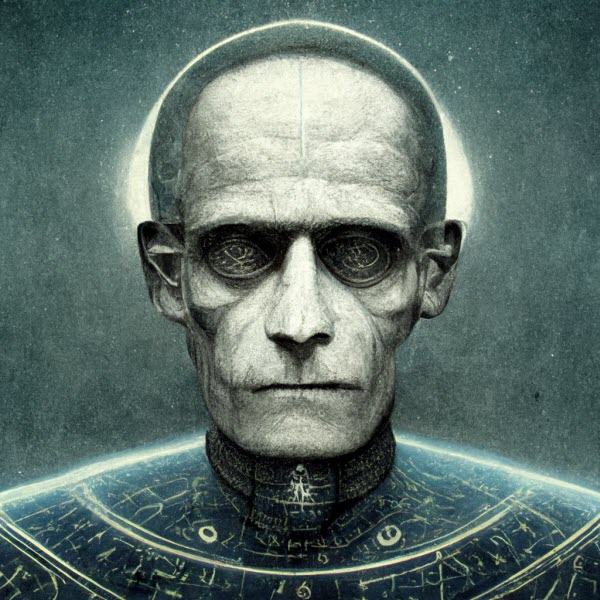 Human society – especially in the case of authority, is run by parasites, from top to bottom… Cult governments, banks, and corporations, parasite off humanity, people parasite off each other, and Yaldabaoth-consciousness parasites of human-collective consciousness energy or rather than 4th-dimensional mind that thinks it’s human. ~ David Icke, ‘The Trap‘.

See also: “The Science behind the Personality Changes in the Jabbed“