Home  •  Signs from Beyond 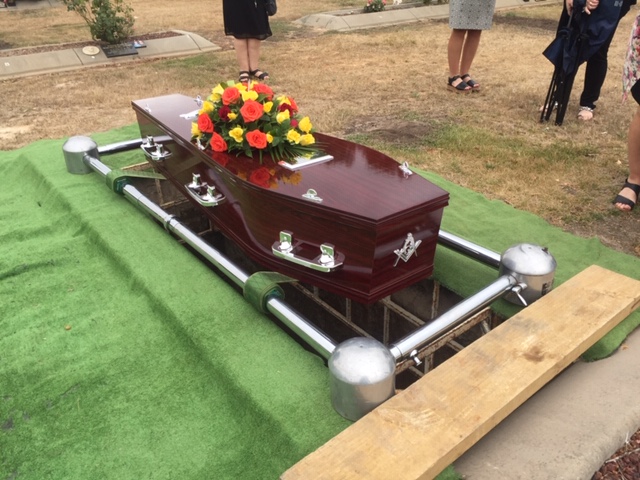 I want to start keeping a record of the times when I’ve “felt dad” since he transitioned on January 31st, 2019, so that I can remember those moments if I have any doubts that we continue after our human life has ended.

When I felt love envelope me and every cell in my body awaken at once – very difficult to describe because it’s not your standard ‘goosebump’ experience (like when you’re cold or get a chill.. not like that.. ) … but it’s the closest word to describe the sensation – it’s a “sign” – a knowing… something beyond our comprehension is aligned in that moment. Everytime I’ve had one of these particular goosebump moments, they have been when talking about someone in the non-physical.

or watch the first 2 minutes of video on youtube
(Note: I’d never listened to these recordings before and had no idea it would contain goosebumps)

Audio playing by itself

(I use an app on my phone called @Voice Aloud Reader which allows me to listen to books or articles or PDF’s etc rather than having to read them, so I can read several books a week just driving to work or sitting on the balcony etc.)

The audio file below isn’t part of that same synchronicity… but as I was trying to find the “you are loved” outtro that I had heard that day so that I could record it and remind myself of the miracle that happened that day, I ended up recording the above file from this file, and I think it kind of adds to the synchronicity that I find these words in the same file:

This is the Death & Transition video I was listening to before the funeral:

Last night I had a dream about dad. He called me up and he was “back”, and sounded exactly like him & healthy and really happy.

I was at his bed when he took his last breath, and my sister went to the open-casket, so I was confused and thought that someone was pretending to be him. I asked how, and then I woke up.

Upon waking, I realized it was a dream and thought that I was being messed-with or that my mind was playing tricks. After I journalled it though, I thought perhaps he was reaching out and because I didn’t believe, I woke myself up and felt bummed out that I didn’t “go with it” and continue the conversation. I hope I get another opportunity.

Just had a really strange dream that I thought was real. I really don’t remember dreams normally so to get 2 dreams about dad in the week after his transition – that I actually “remember” is incredibly out of character.

I can’t remember the lead-up, but Zane was dying. He died at the park from a disease and we were devastated, absolutely devastated. I was heartbroken for Zane and heartbroken for my sister who would be destroyed if this happened. Next scene, he’s alive. Prue and Mum and Jay came home and with this still heavily on my heart, I asked where Zane was, Jay said 3 blocks that way at the park.

I moved the curtain to go out the door, and there was a big scary dog looking at me. So I shook the curtain and made movements to try and get him away from the door because I needed to get out to find Zane, and all the kittens came rushing inside to get away from the dog (who had never come in before) and they were jumping over furniture, and then Zane appeared from behind the curtain. I hugged him, knowing he was going to die soon, and he knew too but he was ok with it or didn’t seem phased about it. I told him I was just about to go and look for him and the dog was blocking the way – and then I looked out to show him – and I counted.. and there were 10 dogs on the left side and 6 dogs on the right. This time, instead of facing inwards towards door (blocking the door), they were facing outside, and lined-up sitting peacefully next to each side of the door.

Zane wanted to go to the park, so me, Jay and Zane left knowing the dogs were friendly and suddenly we’re at the school. Not the school I’m familiar with, but it was their school in the dream but it still felt like we weren’t supposed to be there somehow (like that it was their old school or somewhere they don’t go anymore). Then we were in the school and I couldn’t find them.. they’d rushed ahead in their excitement, and snuck in somewhere. I’m briskly walking past classrooms and then past an admin-window where the staff were located.

The lady behind the glass window, said “Penny” (she could see my name badge), “we need to make an appointment to see you with Tristan next week” and started to write my name in a calendar for an appointment. “No, you have the wrong Penny, I’m here for Zane, I’m looking for Zane and Jay”.

Next minute, I lookup, and can hear and see Dad – a younger version – 30’s maybe?, he looked exactly the same but he had his black hair back, his beard was dark and groomed, he was wearing a machine-knitted woollen maroon top) “It’s ok, he’s over here, I’m taking care of him”. He comes over to me, smiling. It’s ok, he’s here. I’m so worried about Zane, but now I’m so happy to see dad. He’s friendly, he came over with a big smile and hugged me (and that hug was so strong, loving, and felt so real – I never get hugs like that in dreams), and then turned to my right and welcomed Mamoun? Wow that was weird – where did Mamoun come from? And Mamoun was happy to see him, and they did a kinda half-handshake half-strong-hug thing that men do, and I was so confused and realized at that point, that it must be a dream but it was so real and I was still so “in it”.

I could see Zane and Jay playing in the recreation room. Dad was on the sidelines watching them. God he looked good. I felt so much love.

I cried (in real life, and the tears welling up in my eyes woke me up) because this is what I always wanted. Dad to be happy to see me, to hug me like I was wanted and welcomed.

It’s 4:22am and I got up to write this down because I thought something was wrong with Zane, but I think it was because it was a real dream about dad.

Whether it was my imagination, my wish, my dream, made-up, or whether it was a parallel reality possibility – a scene of completions playing-out, what he wanted or what I wanted. I don’t know. I hope we had a life where this was real. Where dad was a closer part of our lives, was there for the grandkids, was welcoming of our partners, was loving towards us.

I was bawling when I woke up and as I wrote down the dream. Terrified that something had happened to Zane, grieving for the loss of dad, grieving also for the life we could’ve had, and, also … because it was so real.

So I don’t know how the “afterlife” works. I don’t know what happens exactly when we transition. It feels like, that this ‘veil’ that people talk about… it could be just a bridge between “that version of consciousness” and “this earth/human experience consciousness”.. that we exist in both places simultaneously but we’re “cut off” from that version of consciousness whilst we’re “awake” here – experiencing “this” day-in-the-park, this aspect of reality. At least that’s how it felt. I want to find out more. This has opened up my curiosity to discover even more about the nature of reality and to find out how much access we do have as humans.

I truly feel like dad “sent” me that dream to show that he’s very much part of our lives, that he’s with us always, that there is more to this reality that we don’t understand when we’re “here”, that he loves us, that he’s watching over us and the grandkids, that he’s healthy and happy and that all is well.

Not the part about Zane dying or anything, obviously my mind was doing the ‘dream-thing’ where all the things that are swimming around in your consciousness gets all mixed-up in this other reality to play-with and sort stuff out:-