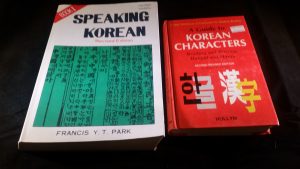 Good, Used, Condition (Bought 2nd Hand for family who were going to live in Korea, and they didn't want to learn Korean lol)


A Guide To Korean Characters - B.K. Grant:
This invaluable dictionary of characters for modern readers includes an introduction to the standard written orthography of the Korean language, hangeul alphabet, and the 1,800 Chinese characters tought in Korean schools. Background on the characters themselves is included, as well as a guide on how to write and look up by radicals in any Chinese dictionary. This handbook functions as a character dictionary: its entries are arranged in stroke-count order and it contains both a radical and a phonetic index.