Home  •  [RANT] Overheard “everyone just gets the jab and we go back to normal” DELUSIONAL!

[RANT] Overheard “everyone just gets the jab and we go back to normal” DELUSIONAL! 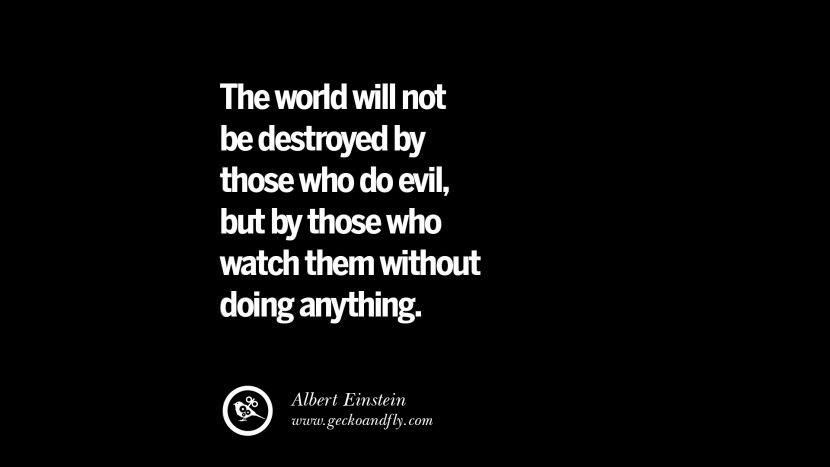 Overheard them say in my local store ‘everyone just gets the jab and we go back to normal’.. wow —- how fu*king delusional can you be if you cannot see it yet… absolutely ZERO idea what’s going on in the world > ZERO – NONE.

The JAB-INJURED are filling up the hospitals here at a rate of about 20 per hour.

“Why would the tv lie“? “Why are the doctors not allowed to talk about it“?

That was the hardest for most of us to process – we’ve figured that out now. It makes sense when you see how big it is.

There IS NO NORMAL to return to — there is no FREEDOM for anyone in their plan — THIS IS NOT JUST ABOUT THE LIFE-LONG RECRUITMENT INTO AN EXPERIMENTAL MEDICAL TREATMENT — “THAT DOESN’T WORK” with no long term knowns — you really have no idea how corrupt these guys are if you actually believe anything they are saying at this stage.

This is a UN-Planetary-Wide Plan. This is everything opposite to what they are telling you it is and if they go unchecked and unstopped at this early stage – this state-of-terror never ENDS.

You, your kids and every generation to come will suffer the consequences if you stand in the way of those who are working around the clock to save you & all of humanity.

I say again – the jab – is just a tool – a way to ‘enrol’ you – if you cannot see it / process it – stay out of the way until we win and can explain it to you – stop being converted into walking ‘big pharma billboards’ and believing a “terrorizing movie” on the big screen.

You can’t see who the real enemy is?
You can’t tell who the “bad guys” are by now?
You actually trust these tyrants?

Funded by the most powerful, sinister, and crooked drug crime-lords & military on the planet – delivered by you and to you – by your most-trusted. WE the People are making this plan work. We are the foot soldiers ‘just doing our job’ thinking we’re choiceless and alone – It’s an extremely evil plan they are gift-wrapping into a believable-movie so you can accept your new leaders more easily – and I get it’s really – almost impossibly hard to wrap your mind around – when they knew the only way to recruit the entire planet at the same time was to silence the experts and enrol the media to get you to “fight” those who call them out?

— Can I shake you awake or not? Probably not – b/c they’ve got you trusting “their” recruited experts.

They have silenced, threatened, and controlled your health professionals and you know it’s ‘evil’ when they’ve kept working treatments away from the sick – it’s an absolute war we are in – an absolutely evil war of a new kind.

This is war on your minds.

I can imagine you’re going to start to see what is really going on very quickly in the hours/days/weeks to come and it’s going to do your head in and I want you to know there are millions of us who have been through the transition already – so try not to go nuts when you find out – don’t leave this world – reach out to someone who knows and they will be happy to help you through the mental unfuckery you have to go through.

If the ‘good’ guys don’t win – no more property-ownership, no income that doesn’t funnel from and to them, you won’t work outside of their employ, whatever job you have that doesn’t fund them “will not exist”, your bank accounts are gone, there is no travel, there is no freedom, there is no food or water outside of their control, there is no aspect of your life or land outside of their control, no human farming, you will never think for yourself – only ‘their words’ will be considered true and all others must be eliminated, your kids will be brought up by them, you will be medicated for life, there is only darkness and slavery ahead >> ruled by fu*kng psychopaths. Why? I don’t know – I’m not evil. I don’t know why these psychopaths think the way they do – could be just people who have been indoctrinated into thinking they are the planet’s rulers or something – with way too much money and way too many grand plans for their little ants/slaves – us. They don’t care about you. We do.

I can tell good from evil, can you?

The jab is a tool – just one of the many weapons in their arsenal – for a complete reset of the planet – which is not hidden – is not a secret – is not “woo woo” – it’s fact – it’s known – and it’s now in control of “the bad guys” …. and if you live in Victoria? It’s actually pretty-damn obvious! Just b/c you can’t process it – just b/c you don’t want it to be true, doesn’t mean it’s not. On some-level I know you must be almost ready to see it – pro-jab or not – b/c it’s so much easier to help people see it now – having all the evidence from those who went first helps – sometimes it takes about 20mins for those who already knew something shifty was going on but couldn’t find proof, and others 2-4 hrs w/out media-interference for people to see clearly and lift the mirage.

We only need to replace the figure-heads in this plan with “the good guys” to turn it around – it’s big but it’s mostly “people just doing their jobs” completely blind to their part in it. The other big task is getting the truth past their most powerful weapon: the media.

The most dangerous people right now are the everyday Aussies who believe what they are seeing on the tv is ‘reality’ and that those in charge are your trusted leaders/experts. NO IDEA – and your best hope right now if you can’t process it is to not get in the way of those who DO know. Let them win this for you — stay out of their way – stop parroting shit off the tv until someone can fill you in and help you process it.

Nothing they say can be supported with truth — their “MAD RUSH” right now and their unlawful and insane “THREATS” – is because the truth is already out and they have limited time to do this slowly and more subtly – if you find out the jabs don’t work at this particular stage of the game it screws things up for them – b/c the passport was the key to this smart-city shit in Australia… they are literally racing against the clock to convert as many of you as they can because they need “you” to protect “them” – most of their jobs don’t exist if you find out – they need ‘you’ to enact the plan blindly without question, and they need ‘foot soldiers’ converted by psychological warfare. They still must think that if they get enough of you enrolled, that they can enact this “digital economy” and lock out those who don’t enrol into their evil cult – which is carefully and meticulously planned – they don’t have a backup plan for this – if the passports fail – their total population control plans fail. (At least the not-so “subtle” way they intended to recruit you – they can still bring in the armies and make a mess of us).

And you would know at least some of this to be true – if they didn’t scare you away from research, if they didn’t recruit the big tech companies, if they didn’t keep telling you that you’re too dumb to understand – keeping you small and powerless and trusting them to come in and save the day – if they didn’t keep telling you that you are “smart” to listen to “their selected and corrupted experts”, if you weren’t kept so scared to “not look” and actually looked – even if the thought fills you with terror or unbelievable anxiety or triggers your fear – that is just a very effective and powerful ‘weapon’ – the only way to break-free from this psychological assault on your mind and get absolute clarity about what is really going on – and free yourself from the fear – is to realize just how many millions of us have your back and are working tirelessly behind the scenes with the ‘good’ guys – none of us are actually your enemy – never have been – none are stopping your return to normal – b/c that is not even on the cards – and all will be here to help you when the truth comes out (and that we also have or are going through the same unbelievable thing- it’s not easy to get your head around but it must be done).

We will try various things to get you to look – even get mad at you sometimes! but ultimately we have absolute compassion for what an effective and evil war this has been in dividing the people and getting the public to turn on those who would get in their way – dividing communities and breaking up families – and when the truth does come out – we can figure out the best way to repair and mend this assault on us all).

Know your real enemy is not the people saying no – they are the only hope you have b/c this plan takes over every aspect of everything in your life forever.

If you don’t know that everything is upside down right now – you’re going to be in the way. Turn off the tv, detox from that constant streaming spew of lies, fear and mind-control coming into your head – step out of the way and wait for us to win, and then we’ll come to your aid to help you sort it out.

Expand your love, your consciousness, and your loving compassion by experiencing everything that everyone does or says as though you had done or said it.