posted by Penny (PennyButler.com) on December 28, 2018 IN Channelled Resources
channeling channelled channelled books Channelling Law of one Ra Teaching the Law of One the law of one 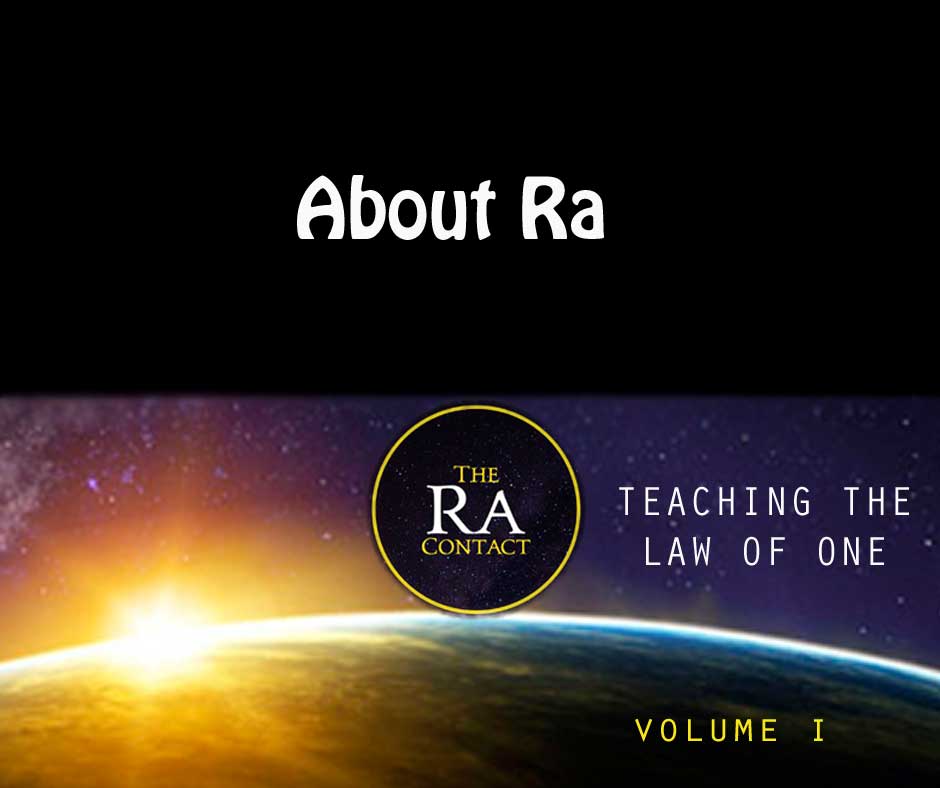 Notes from: “The RA Contact – Teaching the Law of One Volume I”

In Earth’s ancient history, Ra is known as the Egyptian god of the sun. They state, however, that when they visited the Egyptians they came as brothers and sisters, not as gods. They came because that civilisation had developed a culture and a belief system that prepared them to comprehend the concepts of the Law of One. This readiness for the Law of One drew those of Ra to them to serve as teachers of these principles.

Ra reports that their efforts to aid that particular culture were misunderstood and distorted. The Egyptians, particularly the royal elite who reserved the message only for themselves, robbed the message of its inherent compassion, distorting the philosophy of the oneness of all things. Ra consequently removed themselves from the Egyptian experience, but they continued from then until now to observe Earth’s development from a distance.

It was Ra’s longstanding desire to correct the distortions introduced to the Law of One during that time period that led them to make contact with the channelling group Carla, Don, and Jim. But that was not their only reason. Ra also made contact with their group because Earth is nearing the end of a 75,000 year master cycle of evolution, and many of its population are ready to graduate to the next evolutionary stage, what Ra calls the fourth density, the density of love and understanding. They wished to be of aid in this time of transition and thus responded to the call for service issuing forth from this planet.

Ra said that they are from the sixth density and they are, in their words, a “social memory complex.” This is what a planetary population becomes in the densities of evolution beyond our own. In this arrangement, the thoughts, memories, and experiences of every individual are known and available to the whole group. The entire social body, then, consists of many unique individuals who also have access to a shared group repository of memory and identity.

According to Ra, the population of Earth will birth its own social memory complex after its graduation to the fourth density is complete. Just as individuals evolve over time, the social memory complex likewise evolves, transforming and becoming more unified as the lessons of each higher density of evolution are successfully grasped.

Ra is also part of a larger group called the Confederation of Planets in the Service of the One Infinite Creator that consists of many other social memory complexes from other planets in our local portion of the Milky Way Galaxy.

According to Ra, members of the Confederation have been offering their services through channelling and other means to various individuals and groups around the world for some time, their interaction with this planet stretching back into our deep pre-historical past.

The Confederation’s primary message has always been that we live in a universe of unity, that the world as we perceive it is an illusion, that we are here to learn how to give and receive love, and that meditation is one of the principal means of discovering the Creator that exists in all of us.

In the course of this conversation, Ra certainly took responsibility for their perspective but renounced any authority, indicating that what they had to share was their perspective only—what they described as a “somewhat different slant upon the information which is always and ever the same.”

They wished not to be identified as the source of this information. Instead, they asked specifically that they be described as “humble messengers of the Law of One.” In this statement they acknowledge their limitations and honour their relationship to the one truth which transcends (but includes) every seeming portion of identity throughout the universe:

[We encourage the seeker not to remove] the focus from the One Infinite Source of love and light, of which we are all messengers, humble and knowing that we, of ourselves, are but the tiniest portion of the Creator, a small part of a magnificent entirety of infinite intelligence.

Nobody thinks they are indoctrinated. When you begin to dig-deep, you’ll realize you’ve been deeply influenced by multiple layers of beliefs. Each belief that we hold is an anchor holding us to the density of matter and form.