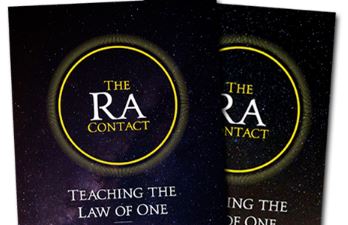 Q.) Austin: Our friend S. from China, wrote recently and he had a friend who asked him to relay a question to us. And it reads:
“Now, there is an outbreak of the novel coronavirus in China, and it has caused lots of worries, rumours, separations among people, as this coronavirus outbreak partially resembles the SARS outbreak in China in 2002 to 2003. Q’uo, without infringing upon the free will and providing your point of view, could you indicate the origin of the novel coronavirus? Is the coronavirus man-made, as Q’uo indicated for SARS? And whether it is man-made or not, what’s the metaphysical meaning behind this coronavirus outbreak? Does this kind of collective catalyst also reflect the dysfunctional, unhealthy and pathological aspects of our current social system, just as individual physical distortion reflects catalyst unused by the mind complex?”

A.) Q’uo: I am Q’uo, and am aware of the query, my brother. This is a subject which we have indeed covered before. For various outbreaks of this nature are attempts by what you may call the hidden powers to control the population of the planet. For your planet is very heavily populated at this time. And it is easier for those who seek control to control fewer entities. Thusly, there is the manufacture of various types of diseases that have been accomplished over the past few decades with the goal of reducing the population of the planet.

The entities so involved in this experiencing of the coronavirus are entities which have pre-incarnatively offered themselves in service to the planetary mind, in order that there may be a resolution or completion of certain cycles of vibration, that is to say, that there may be the realization of their ability to serve their fellow human beings by becoming infected in a fashion which reflects the need to find a cure for this particular virus. This is a manner of being which each entity undertook in order to become more able to open their own hearts in love and compassion for others. For as they find themselves afflicted with this particular virus, they become more and more compassionate for their fellow humans who also have this virus within their being and must suffer the consequences. Thus it is a way of, shall we say, utilizing a negative initiative in a positive fashion that was foreseen before the incarnation began.

There are many such possibility/probability vortices that have been and are possible within your third-density illusion at this time. For the harvest time is a time of great upheaval and change. There is much volatility amongst many nations and individuals and groupings within nations that makes it necessary for the type of experience that is now being felt to be assessed in a manner which does not bring fear. However, most entities are subject to the fear aspect of such an outbreak of a virus of this nature. There is, in such an experience, the opportunity to see that the Creator is knowing itself in all that happens around one and within one.

When this type of attitude can be taken, then the negative efforts to control the population in one manner or another may be transmuted alchemically, individually, for each entity so able to do so in a manner which sees the planetary game as that which is played upon the world stage, in a manner that can offer an entity a great variety of responses.

If the entity can choose the positive vision of the Creator experiencing Itself, then it draws unto itself the basic nature of the power of the truth of unity that is, that all is one, and that though one may pass from this life, there is no loss. The One still remains in each entity and in each endeavour, so that there is always the knowledge that the One who exists in all is always there experiencing this event in a manner which informs the Creator more and more of the nature of Itself. Is there a further query, my brother?”

Q.) Austin: Yes, S. himself sent a follow-up to the question, and I think that you just touched on this. But I’d like to read it just in case there’s any more that you could say. S. wrote:

“Ra mentioned in 34.7 that ‘These so-called contagious diseases are those entities of second density which offer an opportunity for this type of catalyst. If this catalyst is unneeded, then these second-density creatures, as you would call them, do not have an effect. In each of these generalizations you may please note that there are anomalies so that we cannot speak to every circumstance but only to the general run or way of things as you experience them.’

And S. continues: So it seems that in cases of anomalies, even if the catalyst is unneeded, these second-density creatures can still have an effect. I just wonder if SARS is one case of anomalies, since SARS can be regarded as a biological weapon, according to Q’uo. If so, is it always possible for those infected with any man-made virus such as SARS to nullify its effects and heal themselves? I ask this question just for the purpose of encouraging hope and faith in these cases of anomalies.”

A.) Q’uo: I am Q’uo, and am aware of your query, my brother. We would agree that for the conscious seeker of truth who finds the spiritual path to the One to be the only path worth traveling, this type of virus can be seen as a mere rock upon the path that may be avoided by seeing the One in all and loving the One in all, no matter what is the action of any upon one, as attempts are made to control one.

If one can give love without expectation of return, and resist not evil, then one has a power over evil which cannot be broken. It is the power of love, the power to cure all that is unwell, to make whole all that is broken, and to bring to light all that is hidden.

Quote:34.7 Questioner: Do what we call contagious diseases play any part in this process with respect to the un-manifested self?

Ra: I am Ra. These so-called contagious diseases are those entities of second density which offer an opportunity for this type of catalyst. If this catalyst is unneeded, then these second-density creatures, as you would call them, do not have an effect. In each of these generalizations you may please note that there are anomalies so that we cannot speak to every circumstance but only to the general run or way of things as you experience them.

Ra: There is also this quote regarding death and microscopic entities:
Quote:76.20 Questioner: What was the form of disease, and why did this exist at beginning third density?

The second portion of the answer has to do with second-density other-selves of a microscopic, as you would call it, size which have in some forms long existed and perform their service by aiding the physical body complex in its function of ceasing viability at the appropriate space/time.

So, according to Ra, not only does a microscopic other-self, such as the coronavirus, offer catalyst to us, it also offers assistance in leaving this reality (physical death).

These podcasts by LL Research are dedicated to the corona virus:

Love your heart. Love is the ultimate unifier. We can change the perception of the energy around us, simply by remembering to love ourselves more.