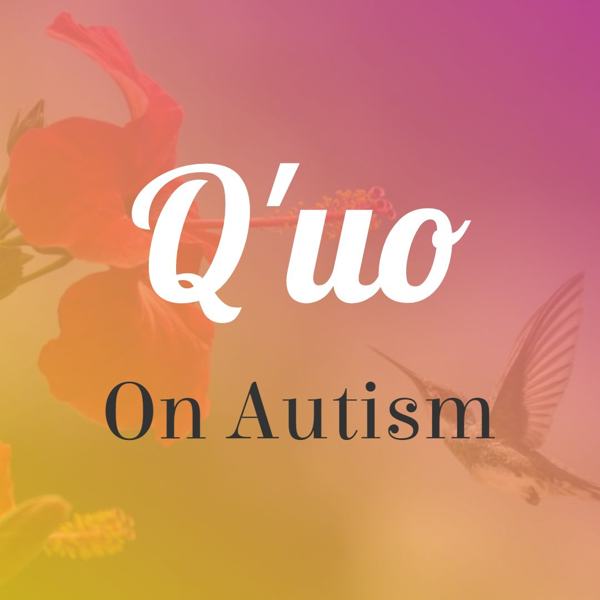 Austin: We have one more from Justin, who writes: “Why do people have what’s called ‘Asperger’s’ and ‘autism’? I was diagnosed with Asperger’s when I was fourteen and have found it to be a constant hindrance for personal growth. Though I have deep empathy and compassion, and have come a long way, it is probably the only part of myself that I haven’t fully accepted. I know that in and of itself, it is my greatest challenge yet.”

Q’uo: I am Q’uo and am aware of the query, my brother. We find the word “challenge” is most significant in this query. The challenges of the third-density illusion are those which provide opportunities for people who are described as conscious seekers of truth to utilize in a manner which expands one’s awareness, opens the heart and allows the One Infinite Creator’s love to flow freely forth by the meeting of the challenge.

There is far, far more to the third-density experience of each entity within the third density than is realized by most entities residing therein. Those entities with what is called the Asperger’s Syndrome, or autism, have a connection to the One Creator that is unlike the normal type of connection that most entities experience. Their connection is one that is more refined in some ways, in that there is an unconscious transmission of unity to the conscious mind, so that those entities so demonstrating these conditions may share this increased level of beingness with others about them. In order to do so, there is the challenge of accepting the self as being other than most other entities about one.

The peer pressure of the third-density illusion is most great and it is difficult for entities with differences such as these entities have and exhibit, to move beyond this peer pressure, but once this is done, and once they can see that they shine like the sun—in many ways more effectively, more poignantly, and more clearly, than most third-density entities—then these conditions can become means by which most other third-density entities can expand their own awareness, not only of what is possible for others, but of what is possible for the self as it attempts to move further and further along, or closer and closer in tune with the One Infinite Creator within, within the self, within all other selves, and within the creation as a whole. This type of movement is that which each entity on planet earth is here to share with others.

We commend the efforts of this entity in its attempt to accept itself and would like to share our thoughts that we accept this entity totally as the One Infinite Creator. We see the One in this one and in all, and we thank each for allowing us to speak this afternoon upon the topics that you have given us.

At this time, we shall ask if there is a final query.

Zach: I have a final query, Q’uo, regarding people on the autism spectrum. Are they a part of the discrete starseed soul group?

At this time, we shall again thank each for inviting our presence this afternoon. We are most grateful to have been able to share our thoughts and our being with you. We feel your love and thoughts and being shared in return with us. It is a blending of energies that is most joyous. We thank you for your love, for your understanding, for your desire to seek the One Infinite Creator in all. We join you in that seeking. Together we shall help to bring each other home. We are known to you as those of Q’uo. Adonai vasu borragus.

Steve: I do have a question. This relates to those mind/body/spirit complexes that incarnate on this planet with what can seem to be serious limitations, particularly of a psychic or mental nature, and I’m thinking most especially of those who are seemingly impaired in an emotional way that is often ascribed to what is called the “autistic spectrum.” I wonder if you can tell me if there is a pre-incarnative set of reasons associated with this kind of incarnative experience?

Q’uo: I am Q’uo, and am aware of your query, my brother. Indeed, we find that there is a specific opportunity offered to entities who are, shall we say, expressing the condition that is known among your peoples as, “autism,” for this particular condition makes it seem very difficult for such an entity to engage in a close or heartfelt experience of trading emotions and intelligence with other entities close to it. This is in order that the entities may develop a greater ability to do just that, for when there is the desire to create a certain ability within an entity, very often this entity preincarnatively will decide to program the lack of such an ability in order that the necessity to produce or manifest and enhance such ability is provided by its seeming opposite.

Is there a further query, my brother?

Steve: Yes, I wonder if there’s a mirror effect, then, of this process, taking place on the part of those who love the entity in question?

Q’uo: I am Q’uo, and am aware of your query, my brother. In most cases, those entities that are close to such an entity that expresses the autistic manifestation of personality are preincarnatively associated with such an entity, belonging, shall we say, to the same spiritual family, and have the opposite need—that is to say, the ability to give more than would be normally ask of most in this situation, that of being perhaps the parent of such a child, or the sibling of such a child. Therefore, both entities, the parent caring for the autistic child and the autistic child, gain greatly from this interrelationship, for you see, there are indeed, no mistakes within your illusion, there are only opportunities to learn that are more or less difficult. The degree of difficulty also increases the degree of polarization possible when the difficulty is met with a full effort and perhaps some degree of success.

The question is raised as to how many people are dying because they have been programmed to die. The observation is made that doctors who tell their patients they have a terminal disease are programming their patients to die.