Home  •  [QA] Any suggestions on protecting yourself from psychic attack?

[QA] Any suggestions on protecting yourself from psychic attack? 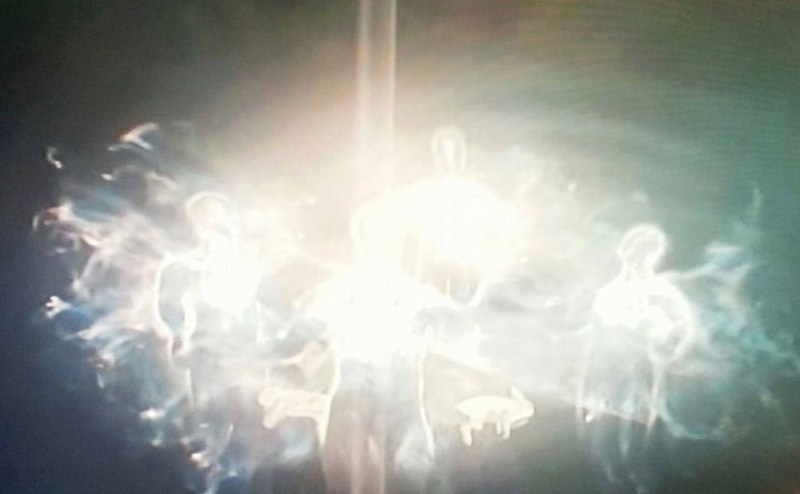 Any suggestions on protecting yourself from psychic attack?

Given my years of the same mental torment this questioner is experiencing, I first replied with “Vibration is everything” from my phone as I was on my work-break. But when I got home I added the following:

Why I say vibration is everything, is because when I was deeply exploring the “evil is real” realm and similar belief-systems (repeated thought forms that we make solidified by our attention to them) that you and others are now, there was no telling me that there was no such thing or that it was all in my mind.

My logical mind would try and believe that, and I would think “well what if I am crazy, what if none of this is real?” and I would try and make it “not real”, but my eyes were seeing all sorts of shit, and the feeling of walking through hell, the fear was real and couldn’t be “believed-out-of-me” – all it did was prevent me from sharing publicly the reality I was experiencing. So now I was in a solo-hell built specifically for me, by me.

The only way through it was raising the vibes, and that sounds too simplistic, and it feels impossible to do when you’re dwelling in one of those realities, the feelings are real, whatever reality you are experiencing is your ‘real’.

Whatever permission slip we need to do to create a belief system where we’re no longer “being attacked”. Sometimes its hard work, and for some its easier, it depends on which belief-system / negative thought-form we’re dealing with and creating and what belief-systems we have in place in our being on how to counteract or even dissipate ‘that which we no longer wish to experience/explore’.

For me it was hell for years, I could not shift the lower vibration and as a result, experienced a reality full of the demons and attacks and fear and “poor me” and vengeance and every negative belief I had came to the surface to be dealt with. God help anyone that is going through this that isn’t willing to work on themselves, but even the ones that are, our ego’s – which is a culmination of all our belief-systems don’t want to budge some of the lifelong or strong crystallised beliefs – we want to keep re-experiencing the reality that we’ve created, maybe to learn, who knows, but we tend to stay in belief-systems/realities that we do think serves us in some way… until we realize that some outdated internal programmes (that we usually picked up by others we ‘believed’) need re-wiring or a software upgrade.

When you are vibrating at a level of peace, love, harmony, being ‘ok’ with what is, (not like saying “go high” etc.. just vibrating “not in the lower realms” of your thoughts), you don’t get attacked – what a paradox.

When you’re vibrating low – you get to experience and create your own version of hell – all the dark and fearful belief systems and explore that reality. It’s just how it works – its not bad except for our perspective “of it” that makes it so. You can use that time to work on shadow stuff, or explore victimhood or explore tools and realities that might help others, or whatever you want to explore in that realm.

You can use any experience to personally level-up.

Each shift in vibration, the outer world might look the same – you might be experiencing the same movie screen, the same people, the same job, but you’re experiencing it from a completely different “internal” reality which completely changes the experience and what you can explore and create.

Every vibration is another experience of the reality we are creating.

I had to do a lot of shadow-work, facing myself, and dealing with childhood traumas and ptsd etc.. to not be so easily “rocked” as far as being able to constantly stay in a “peaceful” vibration or higher, rather than the rollercoaster ride that was my life.

But since we’re uniquely having this adventure, this game of life, each of us have to figure out our own obstacles and lessons and path to self-mastery or whatever it is you are wanting to explore here.

Knowing this doesn’t make the fear go away, it’s just an option – a potential direction to face.. to find the door to self-mastery if that’s you’re preferred reality, a stepping-stone.

I have blogged about many things I tried during that time, but I really truly believe now that vibration is how we’re exploring and creating and experiencing our reality. Or.. maybe that’s the level / room I’m in now. Just another belief to explore.

Reflecting on my reply now.. I’m not sure what I believe, what is truth, only what I’ve experienced and the perceptions I have now may not be the same tomorrow, as life continues to unfold and offer new experiences, challenges, ideas, and insights. I only know the journey I’ve been on, and others only know the journey they’ve been on. Whose to say there is a right or wrong in any of this, whose to say there is one truth? Only to me.. the only thing that makes logical sense to me when I try to “make sense” of what I know about life so far, is that everyone has their own beliefs, and experience life through their own lenses.

Never take what another says to you as “Truth”. Your purpose here is to find your own truth. Sometimes others can help you to do so by offering guidance, but for their truth to become your truth, it must pass through the test of your discernment.