posted by Penny (PennyButler.com) on July 25, 2017 IN Channelled Resources
channelled Jung Law of one love negative thinking positive thinking Ra the law of one unity 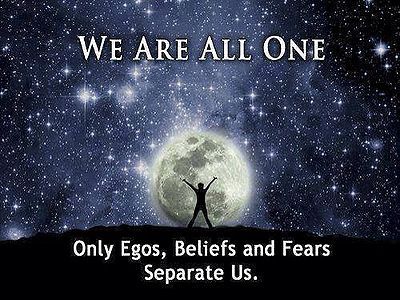 A.) Austin: In general it’s good to recognize whether you are dealing with a genuinely negative person or if you are dealing with someone who is just sort of confused and has an inner-turmoil, because how you deal with those 2 things could be different. I think a lot of people might say that someone is negative because they have a lot of negative-seeming behaviours but it is actually a result of possible confusion due to some trauma or due to some sort of distortions that they have. They are not actually consciously polarizing negatively, they are just a hurt person. So the first thing to do is to determine that. Are they actually negative or ‘acting’ negative?

Set some boundaries. If it’s a legitimately negative person, the most safest thing you can do is set complete boundaries because this is a person who has chosen their life-philosophy to be that built-around manipulating and controlling and there’s no interaction you can have with that person that you can trust to be genuine. If you are able to remove them from your life completely is the best thing to do, because you can never know what their motives are.

If they are just ‘acting’ negative, then you still need to set boundaries but there might also be some opportunities for you to serve them if you can help them process their trauma in some way, without enabling their negative behaviour. Possibly helping them to understand themselves better and why they behave the way that they do and show them a little bit of love to help them feel what it’s like to be loved and to possibly give love. If it’s a genuinely negative person they will not be interested in that. But if it’s somebody who is just confused, then that might be beneficial to them.

A.) Jim: Regardless if they are negative, confused, positive or whatever, I think the correct response to any person is love. Try to give love to the situation, whatever the situation calls for, just do your best to do that – that’s what we’re here for. That’s the way we’re polarized, to serve each other. How does a positive deal with extreme hate towards a negative person? I’m assuming that the hate’s coming from you. I would suggest that you attempt to balance that in your meditations so that the hate is balanced with love. I don’t think hate is a good feeling to have for anybody – it hurts the one that gives it, probably more than the one that receives it.

So that catalyst is whether it’s a catalyst that’s coming from within yourself or is a catalyst that is being delivered to you by somebody else, those are the 2 basic poles. You’re asking how do I deal with this. Those are the 2 basic roadmaps for how you would. Acceptance and love. And like Jim said, if that extreme hate is coming from you – then you can start with yourself. Accept and love yourself for having this hatred – that’s understandable that you feel that way – certainly most people with an open heart have negative, repulsive sorts of reactions to seeing negative acts or negative people, whether they are confused or consciously negative.

A.) Austin added about Jim’s comment: Loving them completely or attempting to is what you would do in either case (on whether they are negative or confused). I don’t see setting boundaries or treating people in different ways based on how you think they would react or possibly use or manipulate you is precluding that love for instance, when Ra talked about the Ra-Contact groups attempt to serve the negative-greeting that was greeting them and the Ra-group found it slightly humorous and they gave advice that was something along the lines of ‘if you served this entity in the way that it wished you to serve it, then you would no longer be able to offer your service to others because it essentially wanted to extinguish this‘. So that’s sort of what I mean by how to gauge how an individual might be truly negative or might be just confused, because if an entity is just confused then it won’t necessarily for sure be trying to manipulate you or extinguish your light or control you, their behaviour might just seem to indicate that. But if they had seriously made that choice to be negative then that would affect at least how “I” would interact with an individual. I would still find it in myself to find love for that person, but I don’t think boundaries preclude acceptance of love.

A.) Gary Added: If I could add to that, somebody who is lashing out and attempting to hurt other people who is positive at heart – it’s hard to make those assessments but say somebody is wounded, confused or hurt – they may be available to be reached, whereas a negative entity does not want to be reached. That entity is consciously intending to control, enslave, dominate you. So in both cases, love is the fundamental ‘reaction’ of course, but in terms of your action what particular strategy or response you use, then discernment does come into play I think.

Amy: I am a positive-orientated person and I find it so unacceptable for a person to be of a negative orientation. Consuming extreme interest in one’s self is just so repulsive to me

A.) Austin: What I see in Amy’s statements is her own shadow (based on the Carl Jung archetype). Carl Jung said that our shadow is the person that we would prefer ‘not to be’. She says she’s a positive-orientated person and she looks at negative-orientated people with a sort of disdain and it’s clear that she does ‘not’ want to be that negative orientation. A lot of the work that I think the confederation helps us achieve and Carl Jung talked about in his own work with the shadow, is to use that shadow as a tool to find greater love within your reality.
What you find so repulsive, what you find so negative with somebody else you are ‘rejecting’ that because within yourself, you contain the entire spectrum of human behaviour and you might choose to only express some of that but you contain ‘everything’ and you are essentially rejecting a part of yourself when you reject this thing that you find so repulsive. Find love for those types of people. I suggest looking into Carl Jung’s shadow work and even doing a search in the LL archives for the word ‘shadow’ because Q’uo also talks about these shadow works as well. We are essentially rejecting a part of ourselves – we are all one thing – we contain the entire universe within us – when we find someone else repulsive we are finding an aspect of our-self repulsive and you can work with that aspect of yourself easier than you can work on another person.

A.) Gary: You may indeed be a positive person, and many others, but that’s not the end of our identity. Who we really are. We are more than just a positive person or a negative person. We are more than just a 3rd-density person. This is Ra’s message: We are the creator and the creator includes all things, there is nothing that is not the creator, so you are fundamentally the negative person too, your larger identity includes that.
In #1.5 Ra is speaking of unity and they talk about the priests in Egypt distorting Ra’s message by quote “…the priests and peoples of that era quickly distorted our message, robbing it of the, shall we say, compassion with which unity is informed by its very nature. Since it contains all, it cannot abhor any.” So unity itself, which is what you really are – it’s not an abstract concept – unity itself cannot abhor the negative path, no matter how wicked their deeds because unity contains all and you Amy, are that unity.

A.) Jim: Well if there is part of herself that she really doesn’t like and is taking it out on the negative folks, I think it might be a good idea to love both that negative part of yourself and negative entities.

A.) The full definition of love is to find love for that inferior part of yourself that you are seeing within the other.

A.) Each entity is a mirror.

Sheep are quick to recognize the difference between the dog tasked with their protection and the wolf that is tasked with its destruction.