Home  •  Is Mercury Toxic or not? Yes. Why have it in vaccines?

Is Mercury Toxic or not? Yes. Why have it in vaccines? 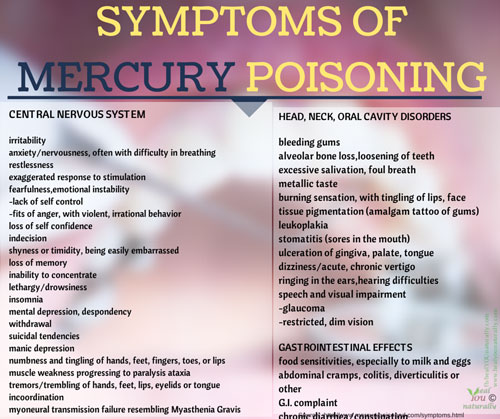 Dan Burton has a point… is Mercury Toxic or not? Yes. Why then do we have it in any of the vaccines? Why would you risk putting anything toxic into a baby?

Single-shot viles do not need thimerosal, but Multi-shot viles apparently “do” need it. So it’s do-able.. then do it? Let me research that some more.. but putting profits & convenience over the risk of neurological disorders such as autism be the ‘only’ choice? What is wrong with this world.. why do we always seem to choose money over people’s lives? And why is this an argument at all.. why are people ok with it?

I don’t get it.. why are you ok with pharmaceutical companies poisoning your child?

Is this video too old to reference the point he is making? I don’t think so. Here is a list of excipients of vaccines. Scroll down until you see Thimerosal. By the way, while you are scrolling, just have a look at all of the toxic ingredients in vaccines.. http://www.vaccinesafety.edu/Components-Excipients%2014-0528.pdf

Congressman Dan Burton, Chairman of the Hearing before the Subcommittee on Human Rights and Wellness, 8 September 2004

Congressman Dan Burton ~ Republican, Indiana
“Everybody knows the value of vaccinations, and everytime you testify, you tell us how valuable they’ve been and we already know that. We’re not here to say that vaccinations are not important – they’re very important – they’ve given us the highest quality of life of any civilisation of mankind. That ain’t what we’re talking about. We’re talking about why they are putting Mercury in vaccinations when its never been tested since 1929 when we developed it. Mr Egan…has termerisol ever been tested by our health agencies?”

William Egan, FDA ~ Acting Director ~ Office of Vaccines Research and Review, Center for Biologics Evaluation and Research
“Only in those early tests that you know of that were done by Lily”

Dan Burton
“And when was that test done? That was done in 1929. Let’s follow up on that. In 1929 they tested this on 27 people that were dying of menigitis. All of those people died of menigitis & so they said there was no correlation between their death & the mercury in the vaccines. That is the Only Test that has ever been done on thimerosal that I know of – can you think of any other?”

FDA
“No, in people, no – except for accidental exposures”

Dan Burton
“So we have Mercury that’s being put into people’s bodies in the form of this preservative and has been since the 30’s, and it’s never been tested by our health agencies. And yet, you folks come here and you testify that there’s no conclusive evidence & the IOM says ‘they favour’ (they don’t say ‘they’re sure’) get this, ‘they favour rejection of a causal relationship between Mercury and Autism & other neurogical disorders’. Mr Egan, can you say to me right now that amount of mercury being injected into a baby will not hurt it?”

Dan Burton
“That’s right… so it is possible that the amount of mercury that’s being injected even in trace amounts could damage a child neurologically, right?”

FDA
“I don’t think it has that capacity – I mean, you know we could argue”

FDA
“Do I have evidence for every single child, for every possible dose the answer is no”

Dan Burton
“There you go. We’ve been after this now for 8 years now – progress is being made but sometimes I feel like it’s pulling a wisdom tooth where they get in your mouth with both feet and both hands and they’re jerking that tooth out, I mean it’s just so hard to get it moving.”

You must make certain to give your subconscious only suggestions, which heal, bless, elevate, and inspire you in all your ways. Your subconscious cannot take a joke – it takes you at your word.