on July 21, 2017 IN Channelled Resources
channelled Ra tarot the law of one Wanderers 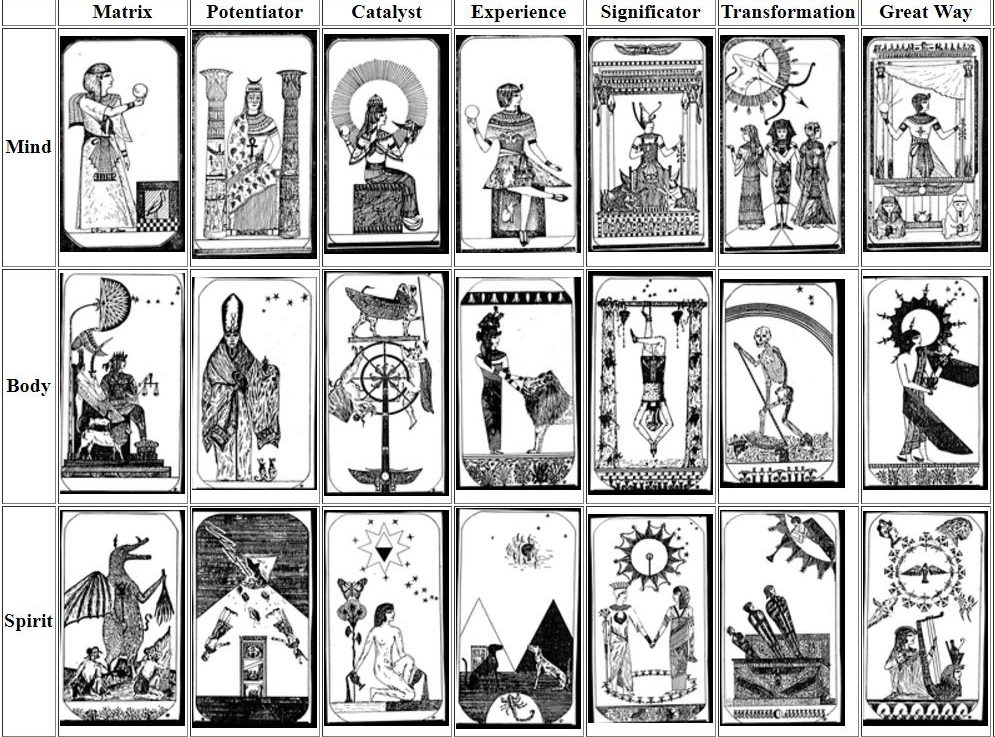 Excerpts from The Law of One in relation to Tarot:

When the archetypes are shuffled into the mix of astrologically oriented cards which form the so-called Court Arcana and Minor Arcana these archetypes become magnetized to the psychic impressions of the one working with the cards, and thusly become instruments of a linkage between the practitioner of the astrological determinations and divinations and the one requesting information. Oft times such archetypical representations will appear in such a manner as to have seemingly interesting results, meaningful in configuration to the questioner. In and of themselves, the Major Arcana have no rightful place in divination but, rather, are tools for the further knowledge of the self by the self for the purpose of entering a more profoundly, acutely realized present moment. 88.23

The tarot was devised by the third-density population of Venus a great measure of your space/time in your past. As we have noted the third-density experience of those of Venus dealt far more deeply and harmoniously with what you would call relationships with other-selves, sexual energy transfer work, and philosophical or metaphysical research. The product of many, many generations of work upon what we conceived to be the archetypical mind produced the tarot which was used by our peoples as a training aid in developing the magical personality.  88.14

It is appropriate to study one form of constructed and organized distortion of the archetypical mind in depth in order to arrive at the position of being able to become and to experience archetypes at will. You have three basic choices. You may choose astrology, the twelve signs, as you call these portions of your planet’s energy web, and what has been called the ten planets. You may choose the tarot with its twenty-two so-called Major Arcana. You may choose the study of the so-called Tree of Life with its ten Sephiroth and the twenty-two relationships between the stations. 76.9

The Law of One way of interpreting the Tarot

Principle 1: there are 21 Major Cards, these are called the Major Arcana. There is also a Fool Card which can be labelled 0 or 22 depending on your fancy. We stick with the 21 Major Cards first.

Principle 2: The first 7 Cards deal with the Mind, the next 7 deal with the Body, and the last 7 have the subject of the Spirit. Each card is placed in a stepwise fashion; like the rungs on a ladder, you go from one to the next, and don’t skip a step. This will make more sense below.

Principle 3: try to imagine the three sets of 7 as three ladders next to each other. The first ladder is the Mind, the second is the Body, and the third is the Spirit. There are 7 rungs on each ladder.

Principle 4: each of these rungs or steps on the ladder is what we call an Archetype. An archetype is like a vortex of energy, or a pool of ideas. It becomes what we need it to become. An Archetype can also be seen as an Experience or an Understanding.

Each of these steps represents a unique Energy or Vibration. You will learn to tune into them, and get a personal understanding of the meaning it represents in your life.

Ra suggests we start at the first step of each ladder, try to understand it, then move onto the next step. Once we get a grasp of that step, move up the ladder again. Go step by step, patiently and with a receptive heart. Try to intuit that which your mind cannot consciously grasp at this stage.

Once you reach the top of each ladder, the work isn’t finished!

Ra says that by understanding each of these 21 Energies or Archetypes, we can clear almost any blockage in our mind, body, or spirit. We can accelerate our spiritual path by accurately identifying, then resolving, what lesson or experience we are trying to learn. It means that when we get knocked out of our peace of mind, we can quickly and decisively return to the place of peace. That doesn’t mean it is easy or doesn’t take committed meditation to understanding the lesson; but it does mean that we have a reliable tool for working through all sorts of catalyst. The Tarot is like a swiss-army knife for consciousness.

Source of how to use the cards was found on the BringForth Forum
There are also thousands of posts about the tarot/archetypes on the forum.

Browse more about Tarot on the Law of One site

Do Today what will feel good Tomorrow