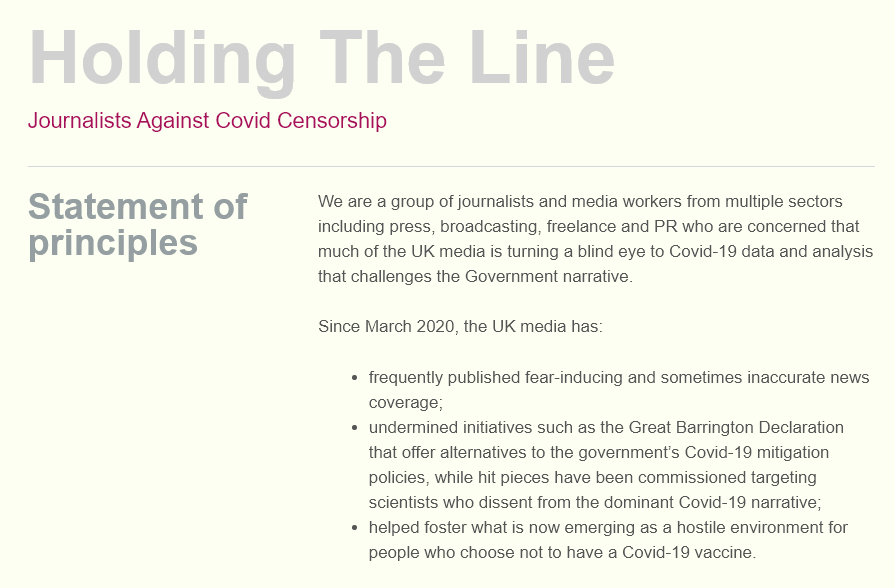 Holding The Line is a group of journalists who have come together to challenge media orthodoxy over Covid-19. We believe that the media has failed in many ways to report honestly and fairly on Covid-19 and has provided the government with often uncritical support for its extremist and destructive lockdown policies. Holding The Line works to raise consciousness about the reality of Covid-19 in the media industry and supports the efforts of dissident groups in other sectors.

In an interview with RT’s Chris Sweeney, Holding The Line spokeswoman Sonia Elijah sets out the origin and purpose of the group.

CALLING ALL JOURNALISTS – YOUR COUNTRY NEEDS YOU!

Covid-19 jabs are killing thousands and permanently disabling tens of thousands more – and that’s official. Figures reported through the UK’s Yellow Card scheme, VAERS in the US and EudraVigilance in Europe indicate that the experimental injections have already killed more people in a few months than more than 70 other vaccines put together over the previous 30 years. (08) (09)

Yet the scary stats remain largely unreported to the public.

Why? Because censorship and propaganda are causing mainstream media to present a one-sided picture to their audiences.

SAGE, the scientific advisory group, specifically advised the UK government in March 2020 to “use media to increase sense of personal threat” among the public. 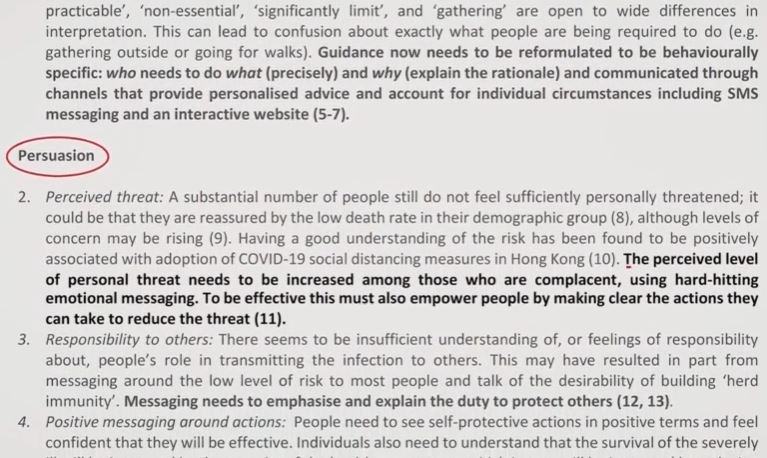 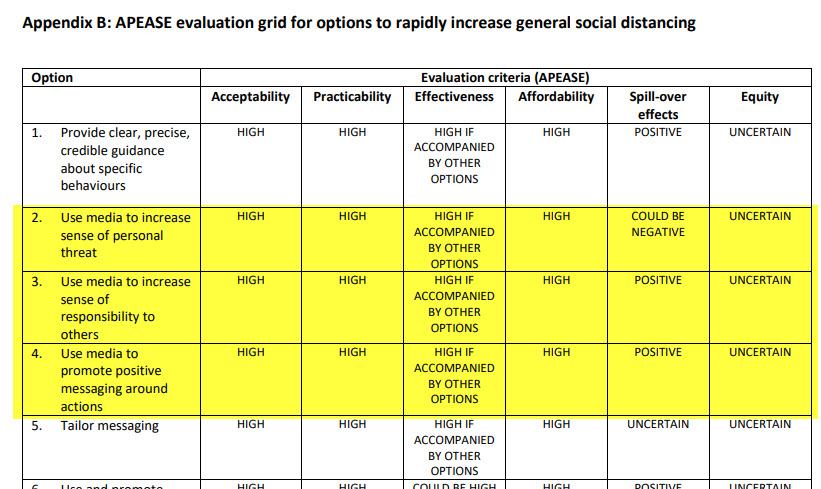 And that’s why a group of British journalists have launched Holding the Line: Journalists Against Covid Censorship. And they are keen to invite others to join them in the fight.

Their aim is to help restore balance to the Covid/vaccine debate and educate fellow journalists and the wider public about the facts, figures and scientific opinions that are being censored across the mainstream.

A spokesperson for Holding the Line said:

“If you look behind the curtain of propaganda, it soon becomes obvious that virtually nothing has been fully and accurately reported.”

An early example is the reporting of so-called Covid deaths.

As most people now know, these are not necessarily Covid deaths at all but deaths of people who tested positive in the previous 28 days mostly using a PCR test that doctors, scientists and even the World Health Organisation say produces false positives.

Law courts in Portugal and Austria have already declared PCR tests unreliable yet they were the basis of worldwide lockdowns and crackdowns on personal freedom. (11)

Forced to provide verified mortality data, a Portuguese court ruled that of 17,000 alleged ‘covid deaths’ between January 2020 and April 2021, only 152 were actually from Covid. (12)

The other 16,848 embraced a whole range of death causes including accidents.

The spokesperson stressed that the group’s aims did not include “having a go” at fellow journalists.

He said: “Many journalists are being misled like everyone else and even those that are aware often find their hands tied by publishers and editors who are following the official agenda.

“We know freelancers who have been blacklisted by media outlets for seeking to write balanced stories that challenge Covid narratives that have been established in the mainstream media through constant repetition rather than being built on scientific data.

“Others have been warned that they could be in breach of contract if they cross the line.

“One of our members received an official warning from her newspaper.

“Another was taken off air by his radio station for being too ‘controversial’.

“A third has been branded as a ‘conspiracy theorist’ for putting forward a story that questioned the safety of the Covid injections.”

The spokesperson said there was a popular myth that anything that failed to tie in with the governmental narrative was social media “disinformation” from so-called anti-vaxxers.

“That is plain wrong,” he said.

“Hundreds of doctors, virologists, bacteriologists and other scientists are seeing their posts removed from the internet on a daily basis simply because their studies and views disagree with the official narrative.

“Many are leaders in their fields – people like Dr Robert Malone, celebrated as the inventor of the mRNA technology now being used in the Pfizer and Moderna jabs.”

In a podcast interview in June 2021, Malone warned that the spike protein in the jabs was not behaving as expected.

Instead of staying near the injection site, it was biologically active and leading to blood clots, bleeding disorders, heart problems and neurological damage as well as accumulating in women’s ovaries.

Within two days the interview on Bret Weinstein’s podcast was pulled by YouTube and Weinstein given a warning.

Malone’s lauded contribution to the development of the mRNA vaccine was then excised from the Wikipedia entry.

The spokesperson said: “This is typical of what’s going on. We could provide numerous other examples.

“Governments claim to be led by science but in reality they are being led by Big Pharma and the so-called fact-checkers and Big Tech algorithms that censor on a grand scale.”

See the end before a single step is taken; picture in your mind what you want. You are sowing the seed, but before sowing any seed you want to know what the harvest is to be. This is Idealization.