Van Breakdown on the Freeway [Lessons]

posted by Penny (PennyButler.com) on April 14, 2019 IN Van Dwelling
van-life 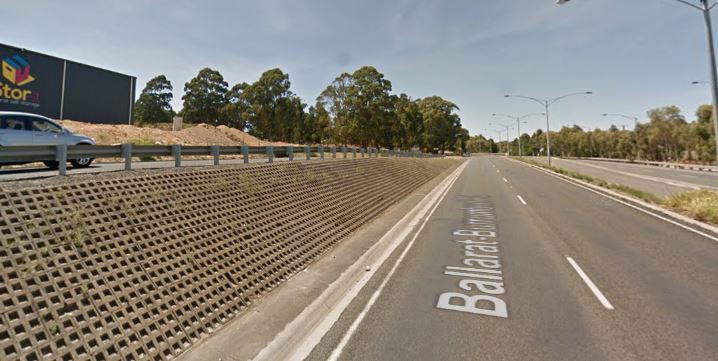 On the way home from work (a 10 min drive), the engine light came on and I lost power immediately in the over-taking lane, and had the momentum of less than a few seconds to try and manoeuvre the van into the left lane going up a hill on the freeway with no emergency lane in an 80km zone.

Less than 30 seconds later, cars coming around the bend were almost crashing into me, beeping their horns in panic, so I found my emergency lights, put up the bonnet, opened the back of the van and stood about 20 mtrs from the van (enough space for all those coming around the bend to see me with plenty of notice to change lanes) trying to direct traffic into the right lane.

For the next hour and a half I stood there directing traffic; most people understanding what was going on and changing lanes safely without drama, but every 5 minutes or so, a batch of cars had a mind of their own, or thought they knew better, or were racing each other, or was just ignoring the crazy lady on the side of the road warning them to get to safety.

Amazing the difference in drivers on the road, and I think a lot had to do with the speed they were going – the faster they were going (obviously faster than the limit), the more auto-drive-then-panic-mode they were in when they reached and realized the danger. But it was concerning to watch how some of those in the right-lane who were out of immediate danger, did not make any effort to make way for those in the lane that was clearly about to drive into a stationary vehicle, vs the dance of when both lanes had drivers who were conscious and all collaborated to make sure all drivers were safe (which fortunately was most of the drivers).

At the same time as directing the traffic, I was on my mobile phone trying to call a Warrenheip mechanic (who lives 1 min away, works from home, knows my van, and has a tow truck), and when that failed, I called Youi Roadside assist (which are useless in regional areas). After taking all my details and confirming identity and my situation, they couldn’t actually send anyone out to help me and said I needed Road Traffic Authority to make it safe before they could do anything. So they put me through to RTA who said they don’t service regional areas, so the RTA put me through to a police line that unfortunately was not in the same state, so I was unable to give them accurate directions on where I was because they didn’t know the area and I only knew where I was from landscape not nearby streets. Finally the local police who were dispatched called my mobile and because they knew the area, I could describe exactly where I was and they were there within a couple of minutes.

They did a roadblock and all of a sudden with their flashing police lights, all the cars on the road were absolute angels. I couldn’t believe it. It was like suddenly the traffic was going 20km and all perfect citizens (the power of the blue & red).

After the police arrived, a guy who had passed on the other side of the highway parked behind the police car and spoke with one of the officers offering to tow me out of danger, which they agreed to.

I got in the van, and the engine suddenly worked. No engine light; it was like nothing had happened. *d’oh*.

I pulled off the highway, called Youi Roadside to cancel the tow (which still had no ETA), and it was like talking to a different country. I had previously called them twice in the past couple of hours but this time, they couldn’t understand me, transferred me to the wrong department, kept trying to re-confirm my identity, and details, etc. (… all the while, the police and the helpful stranger waiting for me to do this so we could move-on).

Helpful guy offered to follow my vehicle home if I wanted to try and drive it home, the police also followed and the van made it home as if nothing was wrong.

In the meantime, it’s coming up to 6 months since my main car has been in at mechanic (some complicated computer error), and each time I call, they say “tomorrow”. I don’t like having the camper as my main vehicle, but it is what it is until I get my car back.

I’m not going to drive the van until a mechanic checks it out even though it seems to have corrected itself, albeit for a few minutes to get me home, so I’m stranded again in Warrenheip, sigh.

It was an interesting crisis to observe:

1.) You are always ok in the moment. Barring actually being physically harmed or in immediate danger of harm (which I kind of was, but didn’t in this particular case feel panicked about). No matter what crisis you are in, if you don’t choose fear as a response, you just get on with the inevitable “next step” of wherever you’re at. “What next…” to get a solution. Being in a panic about the situation would have been way more dangerous and stressful than just getting on with what-next needed to be done.

2.) Of all the places to breakdown, a freeway just past a bend, with no emergency lane is not ideal, yet could happen with any vehicle, and still there are a lot of places on this highway which could’ve been far more hazardous. Being aware of the surroundings, conscious of what you need to do right now for everyone’s safety, and trying to pick wiser solutions to move forward is really the only thing to focus on.

An hour and a half trying to direct traffic whilst talking to roadside, RTA, and police on a noisy highway where they could barely hear me, and yet despite this, I’m grateful that these are the modern days of actually having the ability to phone anyone in that situation, and that the phone had both battery-life and a signal or who knows how many more hours I’d be out there or what could’ve happened as vehicle-pile-ups were a real threat.

Not that passers-by could do much, and I didn’t expect anyone to pull-over nor try to flag anyone down, just it was a reminder to myself more than anything, that there may be situations where even if you have no mechanical ability, a stranded driver may just need a working phone or someone to warn traffic for a sec so they can move to safety, etc. Sometimes you may be able to assist.

Contemplating everything in hindsight, I’m trying to think what else I could’ve done to make it less dangerous, to prevent it from happening in future, and what would’ve been a more efficient way of dealing with it.

1.) If I had called local police myself first – before a mechanic or roadside assistance, the local office would’ve known exactly where I was and made it safer, faster. Because of the freeway I was on had no emergency lane, the wisest choice would’ve been to inform local police (because once they arrived, the situation was resolved because there was no longer any danger to other vehicles because everyone ‘miraculously became a model citizen’). Unfortunately I didn’t think of that as an option at the time, until the RTA told me about it.

2.) I need to get rid of Youi Roadside and get back onto RACV.
RACV would’ve been there within 20 minutes and not given me the run-around to all the different departments. Youi Roadside comes with my comprehensive insurance, but so far, any time I’ve had to called them (the roadside department) over the years, it’s been a hassle from woe to go, and I’ve never had that experience with RACV.

Youi slowly reading out their terms & conditions several times (3 different people did this) when I was in a dangerous situation, rather than helping to escalate or resolve the situation, and kept me on the phone with various departments that actually had no ability/authority to help until the road was safe (so my suggestion to them if this is their policy is to immediately notify the person that they can’t do anything until it’s safe, and put them through to the relevant authorities, and THEN follow-up to proceed once that’s done rather than keeping anyone on the phone longer than necessary when they and others are in danger). They also put me through to the RTA (Road Traffic Authority) which apparently had no jurisdiction in regional areas which put everyone in danger a further 20-30 minutes.

3.) Regular servicing. I hadn’t serviced the camper van since my main vehicle has been at the mechanic because:
a.) Living out of town, and expecting the car back “any day now”, meant I kept putting off servicing the van because I would be stranded.
b.) Cashflow problems. I’m only working 1.5 days a week at the moment, and that barely covers my rent let alone extras. I’m concerned about how much the car will cost when I finally get it back and didn’t want to add unnecessary expenses. Although in hindsight, losing power suddenly on the freeway… clearly regularly servicing the van is not such an “unnecessary” expense. :)

4.) Emergency Traffic Cone or Strobe Light of some kind. Extreme perhaps, but maybe an emergency traffic cone with flashing lights that you can put on the highway if you or someone else ever finds themselves in a similar situation. I don’t know if this is overkill or not, but the flashing lights seemed to calm down and help the other vehicles to become conscious, but that might be more to do with their fear of police rather than of potential hazards but I do think something as simple as this, would’ve enabled me to get to safety and out of there much quicker, plus it makes me think about where there might be accidents up ahead and you can use this to warn drivers in advance of any accident you come across. Although literally you hope you will never need to use it at all, and I certainly have never needed anything like this before.

Just checked out both eBay and Amazon and both have some really great, inexpensive options. I like this one (which is listed on eBay for AUD $10):

Anyway, I just drove the van to the local mechanic and walked home, and before I left I checked the oil/water and both needed attention so perhaps there is an oil leak or something that is the cause of all this. It’s Sunday now so I won’t know more until the mechanic has a look at it tomorrow.