Home  •  Where you focus, is where you live

Where you focus, is where you live 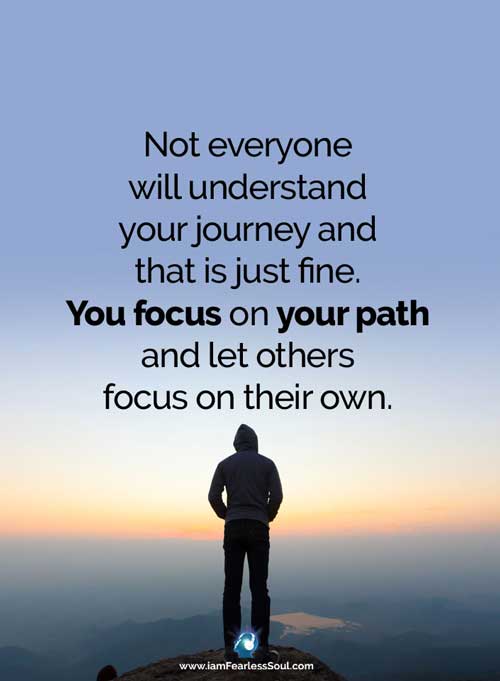 Last night on the balcony, I was pondering.

I came up with this nugget of truth that is so prevalent in my life and when I observe other’s perceptions of reality.

I didn’t see any of this mystery or spiritual stuff until I had given up on life and experienced my NDE, and my whole view-of-reality shattered even more when I started questioning everything – asking, begging for the truth. That’s when the illusion was completely destroyed for me. Never again to see life the same way. Everything changed. And I had no idea what to do after I realized that everything I was taught was a lie, yet everyone around me was still in their reality-bubble and I had noone to talk to about what I was shown.

Stepping into that intention, manifested that experience. Now I have more control over what I allow into my reality, but I can’t be “inserted back” into who I was before.

Why one person has experiences with angels, God, aliens, spirits, telepathy, intuition, NDE’s, OBE’s, Astral projection, shadows & demons, synchronicity, healing with the mind, energy work, psychic experiences, one-ness, unconditional love, a new calling to be part of the solution, Christ consciousness, etc. – anything, it’s because that’s where some part of them, some part of their inner-self wants to explore, it’s where they are focused.

Where you focus is where you live.

You experience reality at your own level of growth and expansion.

You are exploring where you focus.

So you can never “tell” someone to believe in that which they don’t want to believe. You can just grow and experience yourself, and plant mustard seeds of that which you have learnt from where you are at. If other’s resonate, and are open to that being part of their reality, then their reality will open that up to them when they are ready.

Fear will block most from stepping outside of an “authority”. Whether it be “cult”ure, society, religion or whatever. Their ‘reputation in the world’ is based on the approval of someone – an authority of some kind – some kind of validation or stamp-of-approval that they are a good person.

Pretty much everyone wants to believe they are good, since we’ve grown up with that being drummed-into us, where we focus is determined by our level of how far we’re willing to stretch beyond our ‘reputation in the world’, the risk of being perceived as ‘bad or wrong’, to discover truth or just to explore outside of the limits of our ‘cult’ure.

We’re controlled by our limitations. Our limitations are set by how much we have been conditioned or brainwashed by our culture. It may take lifetimes to unravel the truth because we keep persisting in choosing to conform to the masses in order to be perceived as a ‘good person’ – an egoic gesture of protecting our own “reputation in the world”. It’s ridiculous, yet understandable.

Only by questioning everything do we get to explore outside the boundaries of society’s mould. But it’s not an easy path because once you see outside of the illusion, unless you find others who you can explore this with, you are alone. Even that keeps us trapped in the illusion. The fear of being alone. It’s not pleasant to see outside the illusion if all your loved-ones and peers are still living on the chess-board. First you wanna shake them awake. Then you realize you can’t.

So you seek others who can see what you can see, but they are all focused in different directions. And some of them truly are nuts. And yeah I went crazy when this was revealed to me, without like-minds around to discuss what is going on, being so far away from those you have trusted all your life is terrifying. Breaking apart our own reputation is terrifying. You still want to be perceived as ‘good’, because you are. But you are now disrupting the illusion by seeing beyond it and that brings out fear in those who cannot see what you see.

But still, you don’t want to go back. Now infinite possibilities abound. You wonder what else you don’t know. You get to explore life from a place that was never available to you before. You get to go in directions that you were not conscious of before. Why would you want to place yourself back in the box?

Anyway food for thought. Just pondering that even though I remain skeptical about everything, I know that everyone is just perceiving a different aspect of reality based on where they are focused.

Reality is what you perceive it to be. Or rather, your experience of it, depends on wherever you are focused.

And each path is uniquely ours to discover and explore. I have my path. You have yours.

I’d like to live in peace with you, and have you Love me too, regardless of what we believe or don’t believe. As long as we don’t hurt each other, and we help each other when in need, who cares what “beliefs” we have – religious, political, moral, or whatever. And I believe that’s what’s most important, because I know that Unselfish Love is always beneficial. That is one of my revamped beliefs, and I think it’s something we should be able to universally agree upon.

How can you achieve your dreams? I’ll tell you the secret that nobody ever follows. Just do things in life the way other people don’t do them – change the status quo and then you will succeed. Now I’ve said that a thousand times – nobody listens.