Home  •  [QA] Why do people believe in Flat Earth?

[QA] Why do people believe in Flat Earth?

posted by Penny (PennyButler.com) on June 6, 2017 IN Rants & Comments
conspiracy 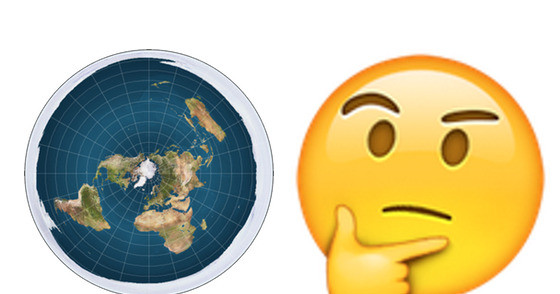 Someone asked why people believe in Flat Earth today on Facebook. This is my quick response:

It could also be disinformation that has been taken too far, to shove all conspiracy theories into the same department. Basically showing how gullible people can be .. thereby putting all “conspiracy theories” or any anti-government/anti-corruption/anti-corporation conspiracies and anything else in as being all the same “nut jobs”. Showing that some people will believe anything if you make it up, can help those who want to stay head-in-sand, stay there, because they don’t want to be put into the same basket as “flat earth” or any other kooky conspiracies.

Either one or even “something else” could be plausible to me. I think it’s more in the area of ..

2.) it’s deliberate dis-info to try and keep people from questioning everything.

I believed flat-earth, I believed we lived in a dome, I believed that the world is holographic, an illusion, that it’s a virtual reality, that we are a computer programme, etc. I then had to believe that all realities were possible via parallel realities to make it “fit”…

… I believed in so much until my mind cracked cos it couldn’t do it lol.. my mind couldn’t make everyone’s truth ‘right’ in my head, except now I do think that we are “intending” this reality and experiencing the reality we believe in… & each is experiencing their own version of reality… that’s how I currently ‘make it work’ for my mind but staying open regardless because I’m always seeking truth and so have to stay skeptically-open-minded and not take on anything as infinite “truth”… but always delve deep into it anyway and “try it on” which is a very dangerous hobby.

I also remember when we were discussing flat earth in the first place is that… what difference does it make to my life what shape of the world is? I liked that people were questioning everything – including whether the world was round, I loved that people were really opening their minds. and that was exciting to meet such open-minded people that you can explore any thought-processes or taboo subjects about (in my group). But I didn’t actually “care” whether the earth was flat or round or pear-shaped or hexagon because “my movie scene”… would stay the same… what I see in my daily life, in my surroundings doesn’t change and I was starting to get increasingly disturbed that some people were getting very carried-away and upset about the whole thing, making it a “big issue” in their life and actually allowing it to affect their lives and their family’s lives – for something they cannot prove and that ultimately doesn’t actually matter.

The thing that matters if you look deep within their angst about it, is the manipulation of our minds. That we can easily be manipulated into believing that the world is a certain way, and that they don’t want no part in that manipulation – they want full disclosure on anything that has been “kept” from the world in order to control what we experience.

Instead, they end up manipulating themselves and get into a state of fear, hatred, anger or deep despair about what “could be” – even though it cannot be proven one way or another. I don’t condone getting yourself all messed up in the head and then creating a very negative experience for you and everyone in your life because of beliefs you cannot even know for sure.

Yes, be open-minded and expand your perspective to know that there are those that are orchestrating our consciousness a certain way for their own agenda, yes, question everything and stay skeptical about all that you are told, but don’t do what I did and “take it on” as a belief when it’s just “another perspective”… especially if it doesn’t serve your life in a positive way. Don’t send yourself to a mental asylum when there’s so much more you could be focusing your consciousness on that will serve your life & the lives of those you love better than going down the darkest rabbit holes with not much benefit for the time and potential mental anguish that it can induce.

In other words, unless you can see a benefit to going down that particular rabbit hole – one that will help humanity in a beneficial way… be ever discerning about what you are “bringing into your reality” and the effects it has on others.

Another aspect is that they could also see that this WOULD actually benefit humanity. If it could be proven that the world is indeed holographic rendering, or under a dome, or flat, or “not round and as we have been taught”, then that would be one massive thing that would “wake people up”. And they see that as important work for humanity. Just that.. until you can prove it, it’s just a perspective, take on perspectives that “wake yourself up” that keep yourself open-minded, but realize what damage it can do to your own insanity & to the people that matter to you, when you have a “different & more abstract belief – without proof” than the “agreed-upon” consensus reality that we are co-sharing/co-experiencing.

Addictions always cause you unhappiness sooner or later, preferences never do. When an addiction is not satisfied, you are unhappy.