Ursula von der Leyen, President of the European Commission since 2019, is the wife of Heiko von der Leyen, a relatively unknown doctor who somehow landed the top medical director position of a leading pharmaceutical firm, Orgenesis, specializing in gene-therapies with close ties to Pfizer, just prior to the Europe-Pfizer negotiations. (Video and Refs to “It’s a small world” coincidences).

I’ve tried to reference-check the video as much as possible, some comments were only made without reference-sources from investigative journalists, in which case, I’ve just referenced their piece. I’ve spent a couple of hours on this but I really don’t want to spend any longer, so sorry – it’s not fully referenced (particularly towards the end when I ran out of steam and wanted to move onto something else).

Ursula von der Leyen is a German politician who has been serving as the president of the European Commission since 2019. She served in the German federal government between 2005 and 2019, holding positions in Angela Merkel‘s cabinet, most recently as Minister of Defence. Von der Leyen is a member of the centre-right Christian Democratic Union and its EU counterpart, the European People’s Party, and has a doctorate in medicine; a gynaecologist. (01) (02) (03)

She was born into a political family. Ernst Albrecht, her father, worked for the European Coal and Steel Community and the European Economic Community, precursors to the EU, before moving back to Germany, where he pursued a career in regional politics. He became premier of Lower Saxony in 1976, a position he held until 1990. (04) Ursula lived in London in the late 1970s but not under her real name. She used the alias “Rose Ladson”. The Albrecht family were important cotton merchants who married into the slave- and plantation-owning family “Ladson” from South Carolina. (05) 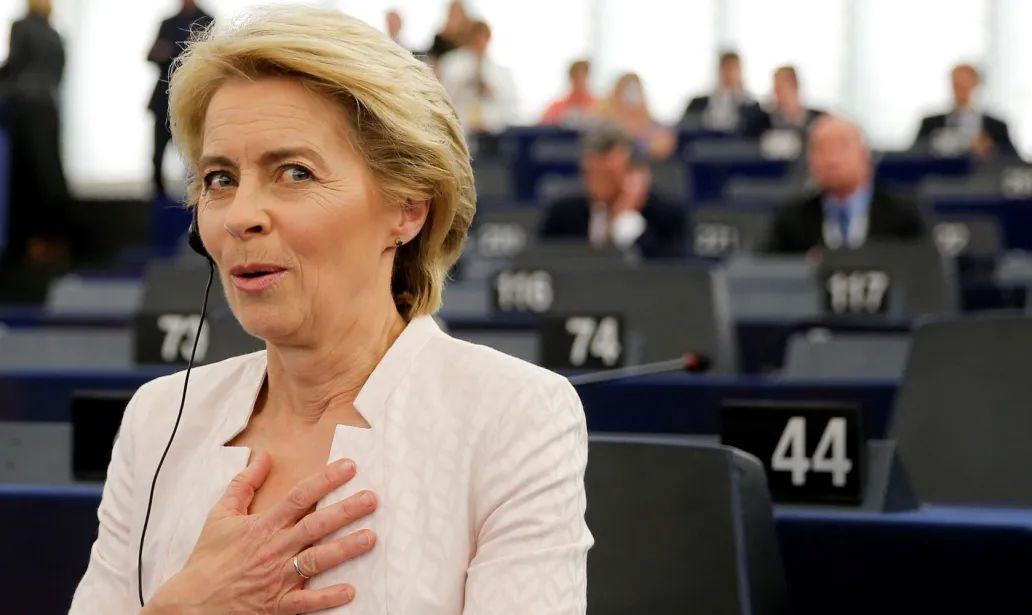 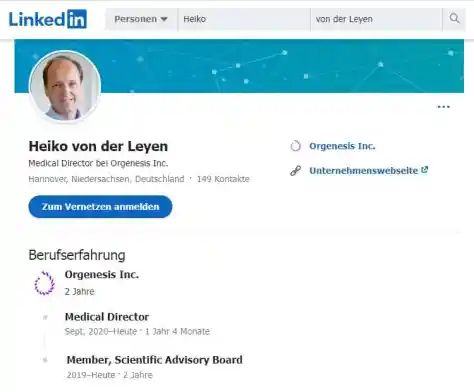 Her maiden name is Albrecht and her husband Heiko is Medical Director of Orgenesis, a US biotech company specializing in gene therapies, such as Pfizer and Moderna vaccines. He has held this position since September 2020 and served on its Scientific Advisory Board since 2019. (06) (07) (08) (09) (10) (11)

The key in the Pfizer deal is Ursula von der Leyen’s husband. Until the COVID-19 pandemic outbreak and long after its debut, nobody has ever heard of doctor Heiko von der Leyen. In December 2020, a relatively unknown medic from Germany manages to get onto the managing board of a very powerful big pharmaceutical company in the United States (transferred across the ocean “for duty purposes”; just prior to the Pfizer negotiations).  (12)

Pfizer, most known for it’s multiple criminal scandals (13) and Orgenesis have a very close relationship. Orgenesis was actively involved in the development of the Pfizer vaccine, and is now developing the BioShield program which has the stated intention of inventing a supervaccine that they are testing in mice. (14)

Here is Orgenesis CEO, Caplan on the pesky ethical dilemma of “who owns the cells”? (15)

The links between Pfizer and Orgenesis are also evident. Their largest shareholders are the same investment funds, according to the New York Stock Exchange. (22) (23) (24) 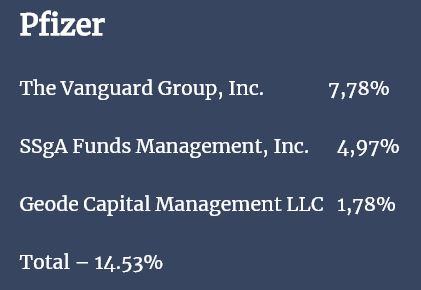 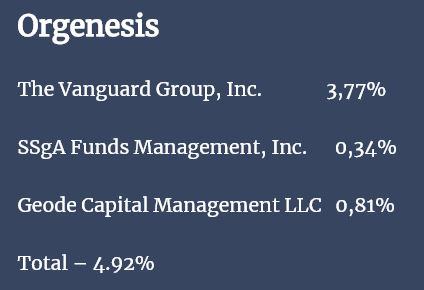 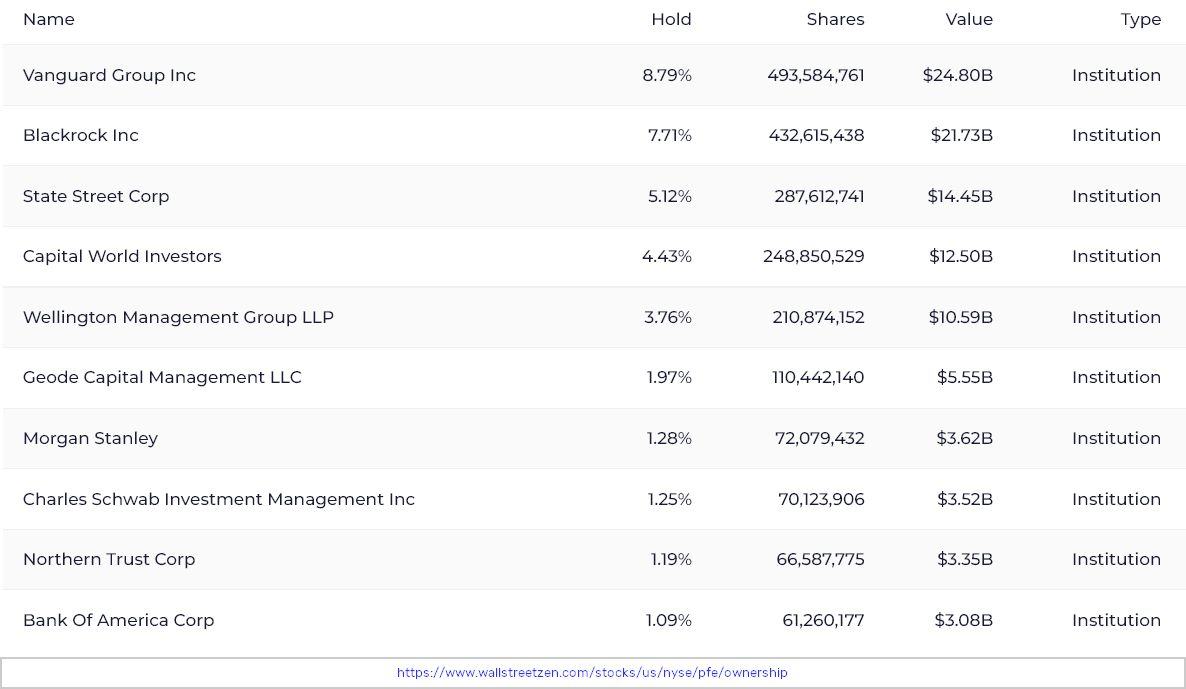 Vanguard investment fund stands out. As of March 2021, Vanguard owns the most shares of another giant fund, BlackRock.

The two large financial groups control almost everything, globally. Basically, they have Big Pharma, the Media, and basically the entire world in their pocket. As of February 2020, they were among the largest stockholders of giant GlaxoSmithKline (GSK), respectively 7% and 3.5% of the total. (26) 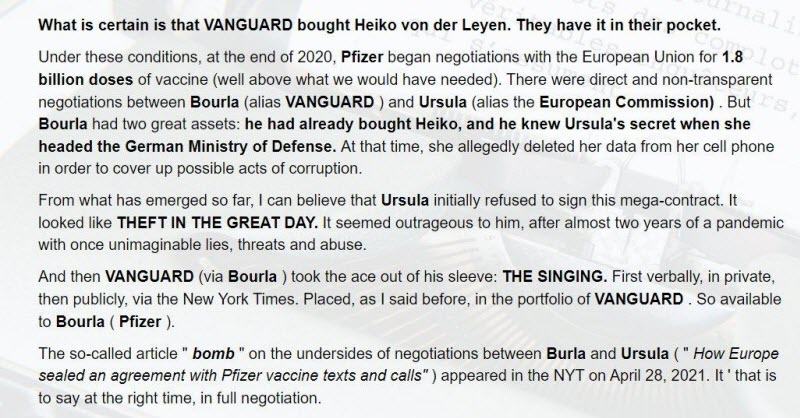 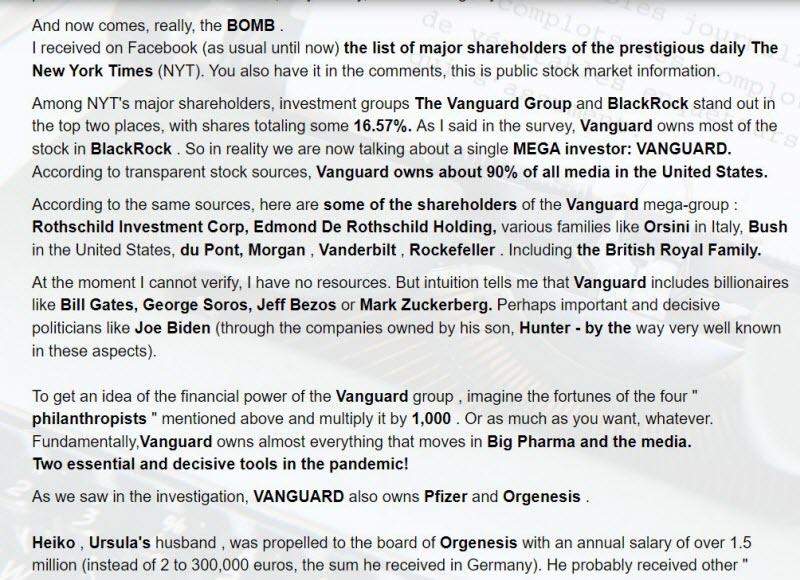 It is almost impossible to find out all the owners of shares in the Vanguard fund. But a few names stand out, according to official stock exchange sources: Rothschild Investment Corp., Edmond De Rothschild Holding, different families like Orsini from Italy, Bush from the United States, du Pont, Morgan, Vanderbilt, Rockefeller. Including the royal family in the UK.

In the spring of 2021, immediately after Heiko’s arrival at Orgenesis, intense political negotiations took place. His wife exchanged text messages and phone calls with both the head of Pfizer and her husband, who was in close proximity to the Pfizer people (practically a few houses away). (31) (32) (33)

The @EUProsecutor has now launched an investigation into potential fraud with tax money.

Did the Commission play by the rules?

Comments by the Health Director & Chief Negotiator cast doubt on this! ⤵️ pic.twitter.com/139picDysv

It is therefore not possible to confirm whether Pfizer has paid commissions for signing the contract, (37) in what amount, and, above all, to whom. But we conspiracy theorists make the following numbers: at a rate of 20 dollars per dose, Pfizer has extracted 36 billion dollars from the European Union. For a contract of that size, Brussels pays a commission of 2 percent, which means that someone has pocketed 760 million dollars in commissions. It is logical that he advocates vaccinating all Europeans, and the more often, the more commission. By civil or military means. (38) (39) (40) (41) (42)

Ursula has proposed to repeal the Nuremberg Code to make vaccines mandatory for the 445 million people living in the European Union. (43) (44)

There was already a conflict of interest with Ursula von der Leyen’s son, David, who worked for the consulting firm McKinsey and, as such, participated in the company’s profits. McKinsey received millions of euros for advising the Bundeswehr, the German army, when she was the government’s Minister of Defense. (45) (46)

The multinational McKinsey is the company that has designed the advertising campaigns of the pandemic, and has even been in charge of the logistics of distribution of the vaccines, as we already reported in another post. (47) (48)

We can love people without liking them. Love means that you wish for the other health, happiness, peace, joy, and all the blessings of life. There is only one prerequisite, and that is sincerity.

What you wish for the other, you are actually wishing for yourself. The reason is that you are thinking it and you are feeling it. As you think and feel, so are you. Could anything be simpler than that?