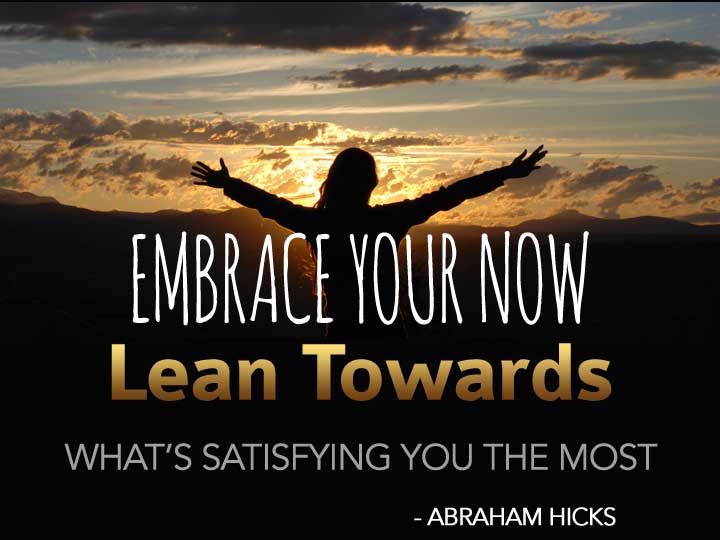 A fantabulous Abraham Hicks moment – Find a better-feeling thought.  Enjoy the contrasting moments and dips just as much as the highest moments. Revel in your being-ness. Maintain a vibrational frequency with who you really are and experience the manifestational evidence of being in perfect alignment with all that you have become.

Also Recommend this one if the above didn’t make sense (as you might have to understand the ‘stories’ behind the high-flying discs, pipes and vortex to understand the above explanation). The same process is explained in this video in a different way:

And as soon as I find it again, I’ll post the 17-second one (you have 17 seconds to change your mood / find the highest-feeling-thought before you end up building more momentum to going down to a lower-feeling thought and manifesting that which you do not want)

After hundreds of hours of listening to Abraham Hicks, I think the video at the top of this post one is my absolute fave one so far, but maybe because the message finally made sense after listening to all of the videos (all the stories interweave into that one audio for me).

Coupled with my own beliefs about thinking we actually are here to experience all the emotions – that it’s all a part of our experience. I’ll save my own thoughts for another day though – packing today :)  – Or read this article, it’s my fave article that I’ve bookmarked 10 Pieces of Timeless Spiritual Wisdom to Help you get Through Tough Times

You can make a money magnet of yourself, but to do so you must first consider how you can make money for other people.

If you have the necessary insight to perceive and utilize opportunities and favourable conditions and recognize values, you can put yourself in position to take advantage of them, but your greatest success will come as you are enabled to assist others.

What benefits one must benefit all.