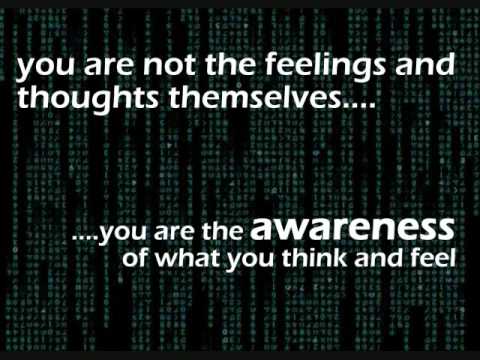 I have been searching for the past month for anyone that has had a similar experience that I had on March 29th this year. I had a vision, where everything was revealed to me, where all of a sudden, everything made sense and afterwards, I just ‘understood this reality’. I have several ‘unpublished’ posts where I have attempted to explain the vision but I just haven’t been able to put it in words.

I’ve chatted to a few people about it, and put some feelers out about the experience on various places, trying to see if it resonates with anyone. So that:
1.) I would have the pleasure of knowing others who have shared the experience; that bond or connection with others who now live in this reality in the same way; the unconditional love, the non-judgement, the freedom ‘perspective’, and
2.) Those that have had similar experiences may know of a better way that I can ‘tap back in’ (I haven’t been able to do it ‘on command’, or even ‘by chance’ since that date).

Unfortunately I came up empty handed; noone has interacted with the posts online, and the others offline had not had a similar experience. Even meditation doesn’t seem to be a way to re-tap back in, although it should be the closest way I guess, if I just knew what I did that day to be able to receive that ‘download’ from source, or that new awareness.

Anyway, to cut a long story short… I came across this documentary the other night, and I finally resonated with other people who have had the same experience. No, I haven’t been on any drugs and I haven’t tried DMT or Ayahuasca, but these people in the documentaries below seem to have had almost the same experience that I had (except I had no ‘psychedelic’ response and wasn’t drugged on anything… my vision was more of a direct download and ‘experiencing the truth’ at the same time).

Prior to accidentally finding this documentary (it came up in a ‘related videos’ at the end of another youtube documentary I watched), I was actually starting to think… well maybe, there is no other way of ‘tapping back in’, or maybe it was a particular astrological moment in time, or maybe it was just a ‘vivid dream’. Now I’ve found literally thousands of people who have experienced what I have experienced. Ok, they found it through doing DMT, but at least they know what I’m talking about, and they have the same trouble trying to explain it to others, there is just this ‘understanding’, a knowing, and truth about this reality, without the words to properly describe the experience ‘prior to having the experience’ if that makes sense. I have also been hoping that at some stage, my words would just flow, and I’d be able to explain it much better. I have 2,200 words written about the experience so far, but most of it is a jumbled, awkward mess.

Did I consume something with DMT in it that night? lol! If so.. Nando’s is going to be on my menu again because that’s what I ate for dinner that night. An interesting coincidence though: I had this vision on the same week that I was researching the pineal gland, so I had upped several doses of various things that are supposed to decalcify the pineal gland (however, I hadn’t expected that anything I was doing would’ve worked, I really sucked at doing what I had intended to do, and I don’t think these changes happen in the same week that you add them, and… I haven’t had a vision since, so it’s probably just a coincidence).

I’m glad I have my blog right now anyway because there is ummm.. not anywhere I can think of where I can talk about my experience other than here… I wish. And I do hope I’ll be able to publish the draft posts soon.

David Icke on the Secret of the Universe & DMT

Luke Rudkowski sits down with David Icke to talk about his thoughts on the secrets of the universe and life. They also spoke about the similar messages during their DMT experiences.

Dimethyltryptamine (DMT) is a psychedelic compound widespread throughout the plant kingdom, and occurs in trace amounts in mammals, including humans, where it acts as a trace amine neurotransmitter/neuromodulator. The significance of its widespread natural presence remains undetermined. Functionally, DMT is analogous to the neurotransmitter serotonin (5-HT), the hormone melatonin, and other psychedelic tryptamines, such as psilocybin. (1)

When ingested, DMT acts as a psychedelic drug. Depending on the dose and method of administration, its subjective effects can range from short-lived milder psychedelic states to powerful immersive experiences; these are often described as a total loss of connection to conventional reality with the encounter of ineffable spiritual or alien realms. (2)

Indigenous Amazonian Amerindian cultures consume DMT as the primary psychoactive in ayahuasca, a shamanistic brew used for divinatory and healing purposes. Pharmacologically, ayahuasca combines DMT with an MAOI, an enzyme inhibitor that allows DMT to be orally active. (3)

DMT can produce powerful psychedelic experiences including intense visuals, euphoria and hallucinations. DMT is generally not active orally unless it is combined with a monoamine oxidase inhibitor (MAOI), without which the body quickly metabolizes orally administered DMT, preventing any hallucinogenic effect unless the DMT dose exceeds the enzymes metabolic capacity. Other means of ingestion such as smoking, injecting, or insufflating the drug can produce powerful hallucinations and entheogenic activity for a short time (usually less than half an hour), as the DMT reaches the brain before it can be metabolized by the body’s natural monoamine oxidase. Taking a MAOI prior to vaporizing or injecting DMT prolongs and potentiates the effects. (4)

A standard dose for smoking vaporized DMT is between 15–60 mg. This is generally inhaled in a few successive breaths. The effects from smoking DMT last for a short period of time, usually 5 to 15 minutes, dependent on the dose. The onset after inhalation is very fast (less than 45 seconds) and peak effects are reached within a minute. In the 1960s, DMT was known as a “businessman’s trip” in the US because of the relatively short duration (and rapid onset) of action when vaporized. (5)

In the UK DMT is classified as a Class A drug, while in the US it is regarded as a Schedule I drug. (6)

If someone can’t envision the future, then healing is impossible. Before anything else, a person must believe that a bright future and optimum health is conceivable.

Everything depends on whether you believe in your own success and healing.