Found a CD with a copy of my first writings. Thought I’d just copy a couple some of the memories here for record before I destroy them in a bonfire lol.

I don’t know what to put, without hurting my family. I’m sure when they clicked on this button, they were hurt already, and I don’t want them to hurt. But it is ‘my life’, I was affected by this, and I do need to write about it. So I will try, with that in mind.

I found out I was adopted at age 11/12, which was pretty traumatic for me. On the day I was told (by my mother), I honestly thought she was gonna tell me that I was allowed to dye my hair green (I think it was green or some weird colour). Kids think differently than adults, and that’s what was going through my mind when I was called into her room for her to tell me “something”. I can’t remember the words she used, but remember bawling and bawling after she told me. 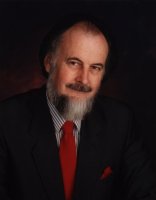 When my dad got home from work, my mum told him that I knew. I hugged him and cried.

Oh, before I go into it more. My mum is my real mum, she gave birth to me. She had met my real dad and was living with him for a time. She fell pregnant, and he asked her to abort and told her that he already had a wife and kids elsewhere and to give up the baby or he would leave. She signed up to get an abortion, but couldn’t go through with it. Therefore, she was alone and pregnant with me. She then met who I call Dad now at her work (a bookstore). He asked her out, and she went on a date with him. When the night was almost over, she said to him that this would probably be the last time he takes her out because she was pregnant to another man. He told her that it didn’t matter. They got married about a month (?) after I was born. Dad then adopted me as his own, and the judge told them to tell me at age 4, but they decided that I wouldn’t understand at that age, and kept putting it off.

For a kid at age 11 or so to find out that who she called Dad wasn’t her natural father and all the lies that went with it over the years (for example: how I developed Asthma was supposed to be because dad had asthma as a child), (you take after your dad), and other things that you just believed as the truth. All of a sudden, the world was a lie, and I didn’t know how to deal with it.

We kept it a secret from my younger sister. Even though we used to fight alot (me and my sister). But after my parents had split up, my sister and I were fighting, and I screamed “You aren’t my real sister anyway”. And she said “What? yes you are”. And then mum came in, and we told her. Oh she cried so much, and we did too. It was the saddest day :(, and a horrible way for her to find out.

So then we knew why me and my sister looked so different. She was tall and dark haired like dad. And I was short and blonde like my real father.

A few years past, and one of the sons’ of my real father came to search for me. My real father lived in Darwin, and I lived in Ballarat, Victoria….. many many hours away. So at age 15/16 Dave had found me. Called me up one day and asked me to meet him. I was scared, but my curiosity told me to go and meet him, so I did. We became “sorta” friends, I guess. I mean, I didn’t find any common ground between us, besides both being “messes”. I was homeless and living in homes for girls at the time, and needed a place to live for a few weeks. So I moved in with my bro(?I guess u can call him that) who lived in a commission home temporarily. On the first night I moved in, he called up his dad (my real dad) and said “guess who’s living with me”, he said “who”, and Dave said “your daughter! Penny!”, well he hung up on him, and that was it. I didn’t want to know him!

A couple of years later, my real father came to Ballarat to see some of his family (His brother lived in Ballarat). It was Christmas, and he was drunk at his family’s place (my cousins), when I got a phone call from my cousin Linda saying that he wanted to meet me. Oh how quaint, he wants to meet me when he’s drunk as a skunk. No thank you. Anyway, I told her what I thought of that idea, and she kept trying to convince me to see him (maybe he was listening, even though she said that he wasn’t). But I had decided 2 years ago when he had hung up on Dave that I didn’t want a bar of him. He was a bad man in my eyes, and noone, not even Dave, had a nice word to say about him.

Anyway, that’s all I want to say on this subject.

Things are created in the mental or spiritual world before they appear in the outward act or event. By the simple process of governing our thought forces today, we help create the events which will come into our lives in the future, perhaps even tomorrow.